TEHRAN (Tasnim) – A US court has summoned Saudi Crown Prince Mohammed bin Salman and nine others in a lawsuit filed by the former Saudi official, Saad Al-Jabri, for the attempted assassination of him.

According to what was published by CNN America, the court sent the summons to Bin Salman via his personal phone on the WhatsApp application, and he received it 20 minutes after the message was sent.

The documents obtained include a copy of the conversation on WhatsApp, showing its arrival and receipt from the addressee.

The court also summoned nine others, including Badr Al-Asaker, Saud Al-Qahtani, and Ahmed Asiri in the same manner, according to a report in Arabic released by arabi21.com. 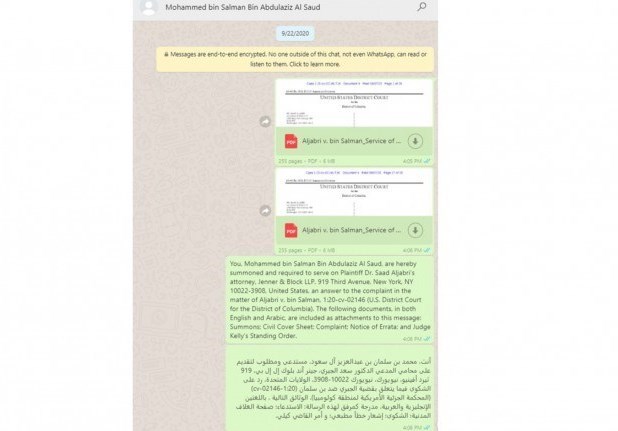 Earlier, the “New Testament” account said that the Saudi authorities recently launched a new campaign of arrests that affected a large number of people related in one way or another to the man who fled to Canada.

The account stated in a tweet that “a large number of those who had a previous relationship with Jabri were investigated, and some of them were stopped.”

“All people who had money transfers between them and Al-Jabri were also arrested,” the Twitter message said, noting that the contractor who built a villa for Jabri was also arrested.

Last August, Saad al-Jabri filed a lawsuit against the Saudi government with the American judiciary, accusing Crown Prince Mohammed bin Salman of sending a squad to try to assassinate him.