TEHRAN (Tasnim) – The COVID-19 vaccine developed by BioNTech, co-founded by the 2019 Mustafa (PBUH) Prize laureate Ugur Sahin, and Pfizer, is found to be more than 90% effective based on initial trial results, said Pfizer’s CEO.

Not only did this announcement offer a glimmer of hope for putting an end to the gloomy days of COVID-19’s deadly march across the world, but also propelled Ugur Sahin into the global limelight, as this is the first positive result in independent analysis of any COVID-19 vaccine in phase 3 trials.

If emergency use authorization is granted to this vaccine, the companies estimate they can roll out “up to 50 million doses by the end of 2020, which is enough to protect 25 million people, and then produce up to 1.3 billion doses in 2021,” wrote Reuters.

According to the data, out of the 43,000 trial participants, the independent evaluators were able to calculate the efficacy of the vaccine after two doses. “To me, this is the best possible outcome,” said Ugur Sahin, co-founder and CEO of BioNTech.

The BioNTech-Pfizer vaccine results surpass the FDA’s criteria for approving a COVID-19 vaccine. According to the World Health Organization (WHO), no vaccine shows 100% efficacy.

Sahin expects the vaccine’s immune response to last for “at least one year.” As he maintains, the vaccine-induced antibodies were shown to block about 20 different mutations of SARS-CoV-2. 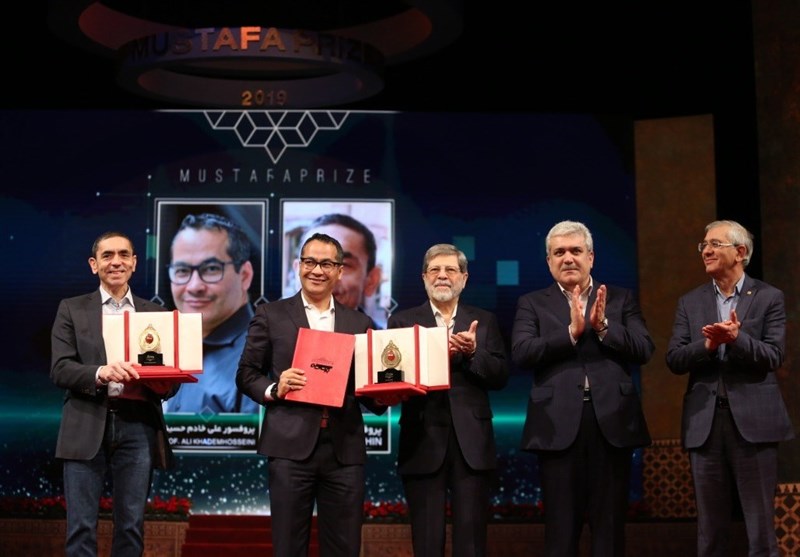 This vaccine uses messenger RNA (mRNA) technology, which is designed to trigger an immune response without using pathogens. “There’s a very low likelihood that a (mutation of) the virus can overcome the immune response,” Sahin says.

Born in Iskenderun, Turkey, Sahin is now 55. His family moved to Cologne, Germany, when he was 4. He fulfilled his dream of becoming a doctor by earning an M.D. from the University of Cologne in 1990. In 2008, he co-founded BioNTech, a biotechnology company working on individualized cancer medicine. Drawing upon the mRNA technology, Sahin’s research has been focused on using the immune system to tackle cancer—cancer immunotherapy.

Last year, almost concurrent with the first human cases of COVID-19 reported in Wuhan City, China, in a ceremony held in Tehran, Turkish scientist Ugur Sahin was awarded the 2019 Mustafa(pbuh) Prize for his achievements in “Development and Clinical Testing of mRNA-based Cancer Vaccines that are Tailored to the Mutation Profile of a Cancer Patient.”

With the unexpected outbreak of SARS-CoV-2, Ugur Sahin, the scientific figure behind BioNTech’s successful COVID-19 vaccine—the tremendous achievement that will bring this vicious virus to its knees—rapidly began to shift the focus of his already promising findings in the sphere of mRNA-based cancer vaccine to the global fight against Coronavirus pandemic.

Sahin’s outstanding achievement in the area of mRNA technology that brought him the 2019 Mustafa(pbuh) Prize, is now regarded as the beacon of hope for defeating COVID-19 pandemic. He has now developed the COVID-19 vaccine based on the same work he did on the genetic material called mRNA.

The method used by BioNTech in developing COVID-19 vaccine is regarded as new; it utilizes mRNA genetic material to prompt the body to produce antibodies. This vaccine does not use an attenuated virus, but rather works by designing a genetic code on messenger RNA (mRNA) which is injected into the human body. This mRNA molecule contains a set of instructions that will produce the same type of protein (spike protein) used by the Coronavirus to enter into the human cells. This spike protein is harmless itself. The spike protein produced by humans in their bodies will trigger the immune system against the virus; thus, the human immune system will have immunity against COVID-19 when exposed to it.

Over 1.17 Million Recover from Coronavirus in Iran

Over 1.17 Million Recover from Coronavirus in Iran