TEHRAN (Tasnim) – Hafezie (Tomb of Hafez), one of the most popular attractions of Shiraz, is situated in a garden on the banks of Ruknabad river.

The original structure, built in 1773 A.D during the reign of Karim Khan Zand, consisted of four stone columns at the center, the north and south sides of which were open .On each of the other two sides a room had been built.

The actual tomb of Hafez was outside and behind this building in the middle of the garden, and later on, an iron railing was fixed round the tomb.

In 1930's, by direction of the Ministry of Education, the Mausoleum of Hafez acquired its present form. The stone edging of the tanks of the Karim Khan buildings, which had been removed when the Zand Avenue in Shiraz was extended, were transferred to the compound of the Hafeziyeh, and placed in position round pools of water. 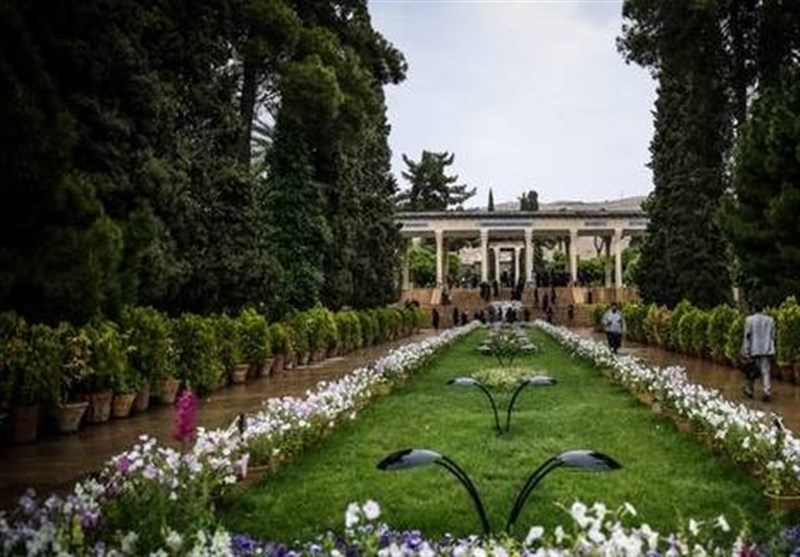 The four original columns in the center were retained, and sixteen other stone columns of one piece and of similar shape were prepared, and the present colonnade of twenty columns of a length of 56 meters was erected, with decorative designs, plaster moldings and faience, in accordance with ancient and original Shiraz styles.

The original tombstone was raised on an eight-sided platform on which eight stone columns stand. These columns support the roof, which is canopy covered with copper sheeting, and the ceiling beneath decorated with a mosaic of enameled tiles. 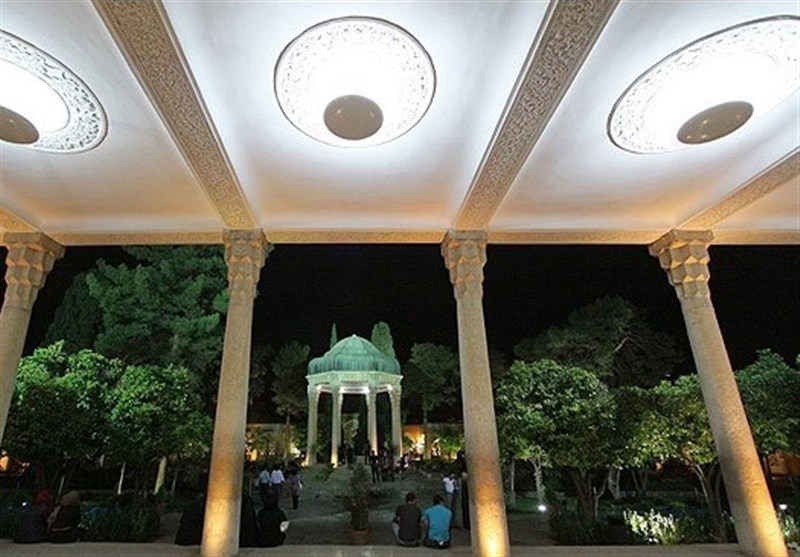 Very little is known about the life of Shams al-din Mohammad famous as Hafez. Considered as one of the greatest Iranian poets, Hafez was probably born between 1317 and 1326 A.D. in Shiraz. Though living a poor life due to the loss of his father, he managed to become quite well educated, being fluent in both Arabic and Persian, and memorizing the Qur'an at an early age (the nick name 'Hafez' is a title given those who have the holy book by heart.)

He is said to have died sometime between 1389 and 1390 and was buried in the beautiful Musalla Gardens of Shiraz, on the banks of Hafez's beloved Ruknabad river. 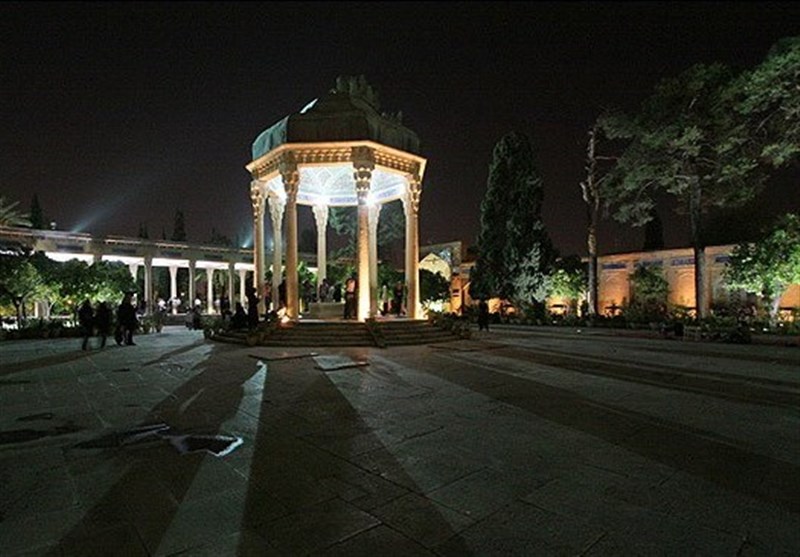 His collection (Divan) consists of 693 poems, of which 573 are sonnets. There are many who consider this most work as the greatest masterpiece of Persian literature. Goethe, the great German poet was one of admirers that have flocked around his poetry, pondering on its meanings.

The poems of Hafez have a beautiful and musical quality, which also embody a great spontaneity. In a myriad of poetic ways, Hafez expresses the spiritual experiences of a mystic, in love with his Beloved. Yet he achieves this in a playful and enchanting way, like other Sufi poets

Hafez weaves themes of ambiguity into his poems. Often he will use secular images such as wine, drunkenness and human love; however these are just symbols for the divine experiences which Hafez is alluding to. 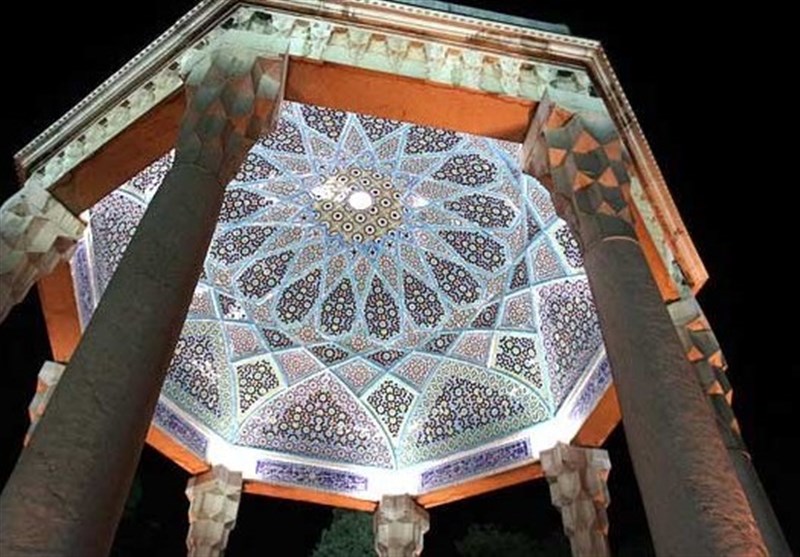 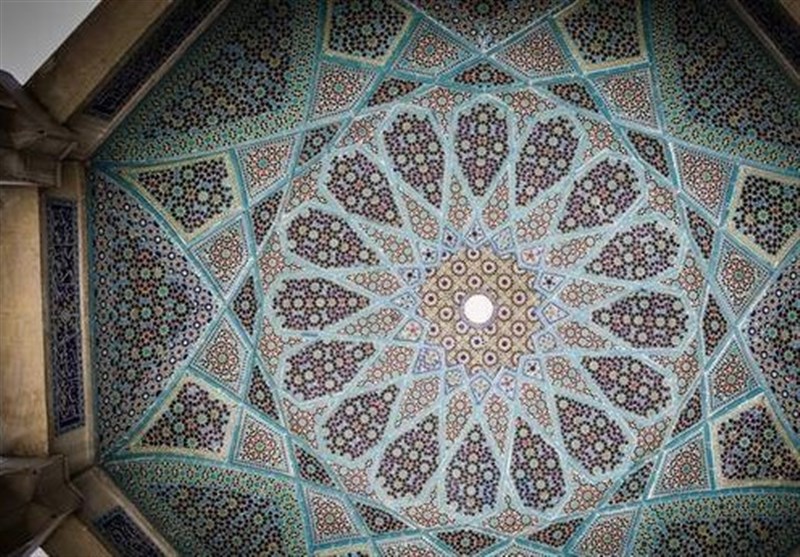 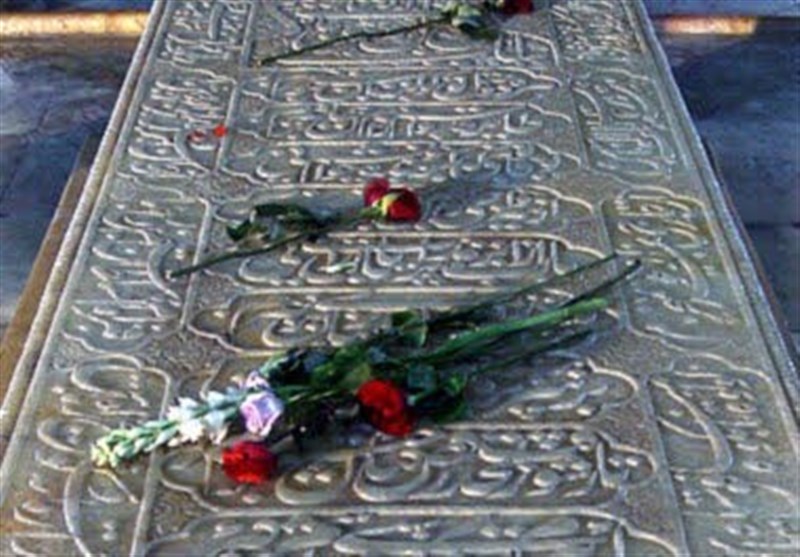 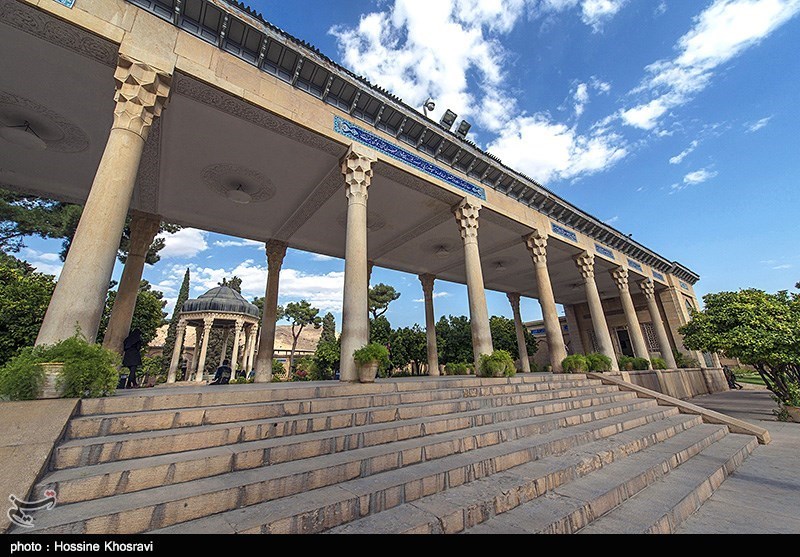 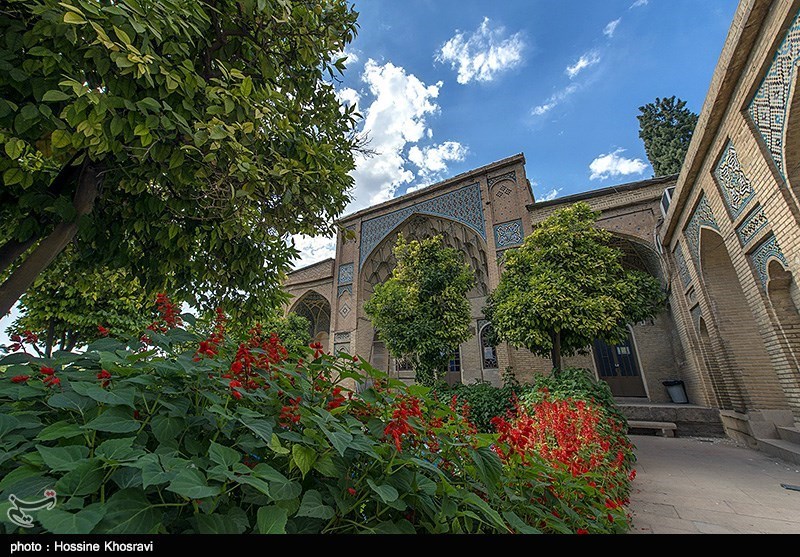 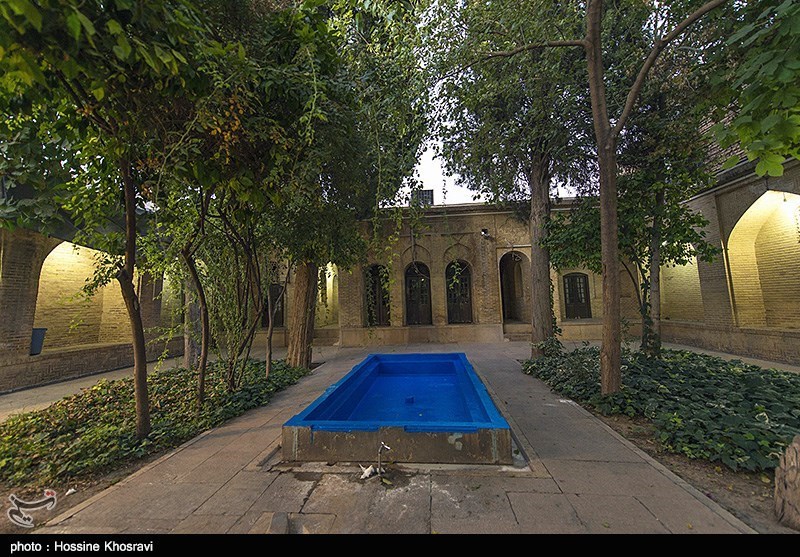 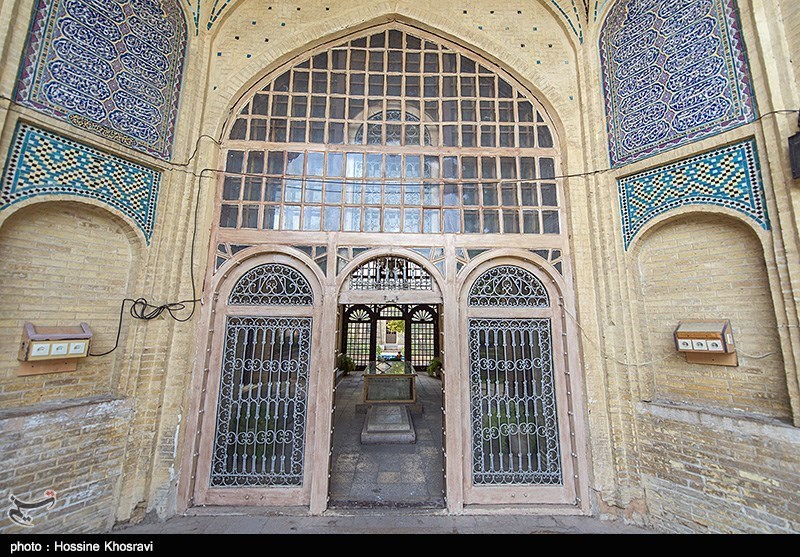 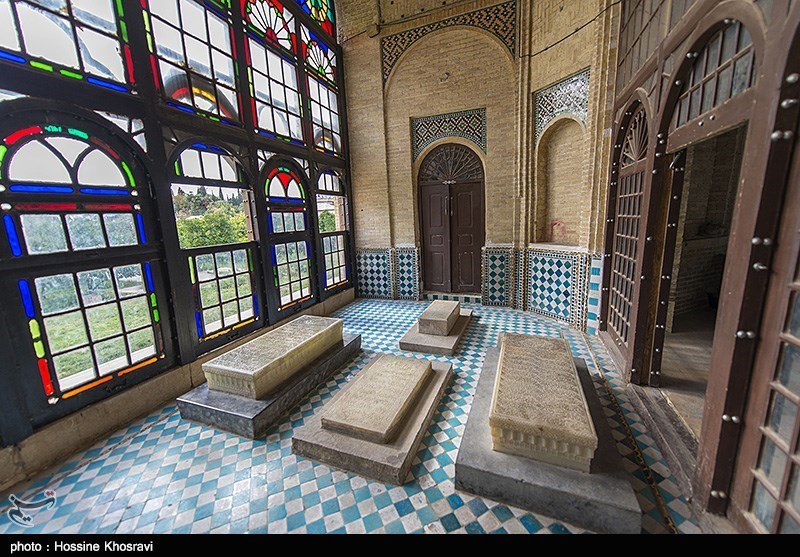 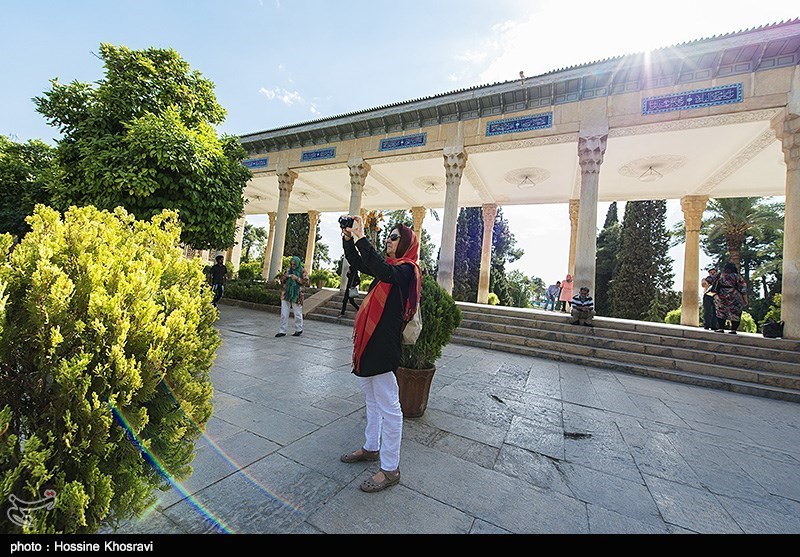 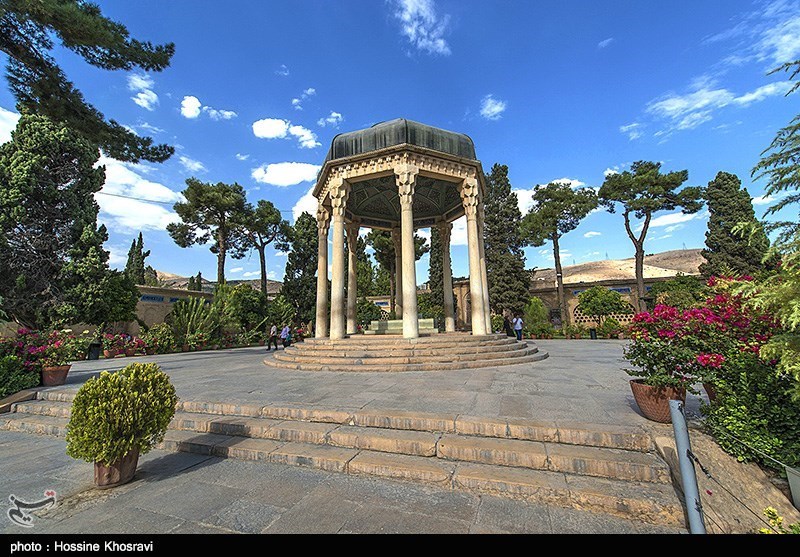 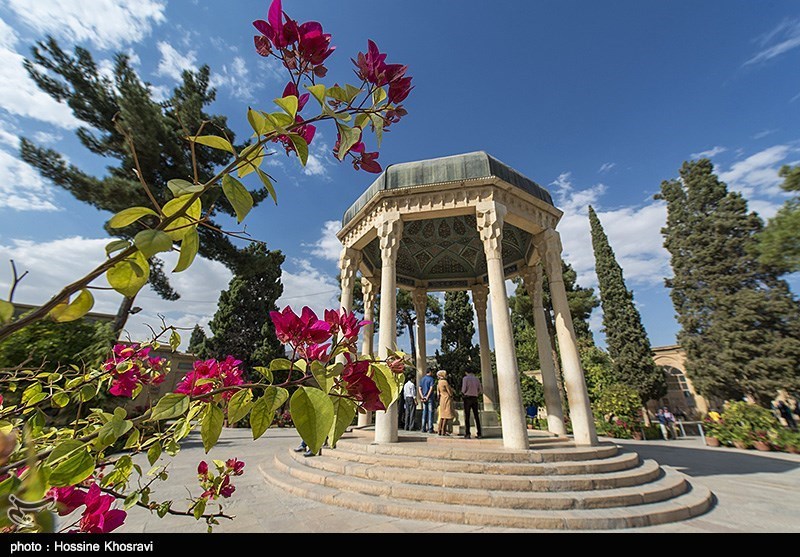