Visit Vakil Mosque of Shiraz While Traveling in Iran

SHIRAZ (Tasnim) - When traveling in Iran's Shiraz city, Vakil Mosque is a must-see for both Iranians and non-Iranians visitors.

Karim Khan, the founder of Zand dynasty in 18th century, built it as part of his grand development project in the heart of his capital city. The mosque is connected to Vakil Bazaar and almost attached to Vakil Bathhouse with a lane in between. Before you enter the mosque, you can see one of the corridors getting you to the middle of the main passageway of Vakil Bazaar on the left-hand side. Therefore, there has been easy access from different directions for everyone to find their ways to the mosque.

The entire structure is extravagantly built with spacious sections in mind. There’s a vast courtyard with a relatively long pool in the middle of it. Around the courtyard, there are two eyvans (iwans) at the Northern and Southern sides in a symmetric way. On Eastern and Western sides, there are not any eyvans hence finalizing the structure as a twi-eyvan courtyard plan, according to Iran Destination website. 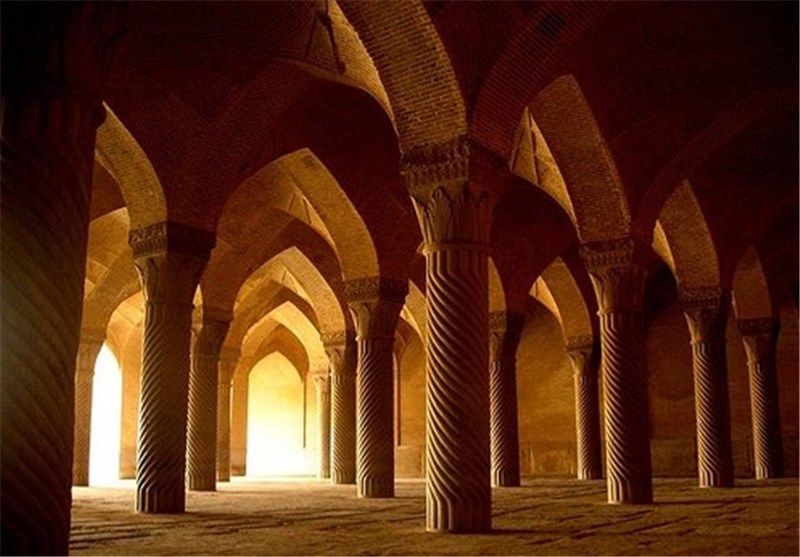 The vast courtyard is covered by stone slabs, which has recently undergone some reconstruction and new slabs have been installed. Such flooring is extended from all corners to the central pool and vise versa. As there’s no garden in the courtyard, this flat space has added to the greatness of the courtyard and allows the beauty of the tile façade of all sides shine and project their livelihood.

The decoration on the Shirazi “haft rangi” (seven-color) tiles of the entrance portal and these two eyvans are eye-catching and similar. Tree-of-life patterns are clearly occupying major parts of these sections giving a peaceful wave to the square feel of the façade tiles. 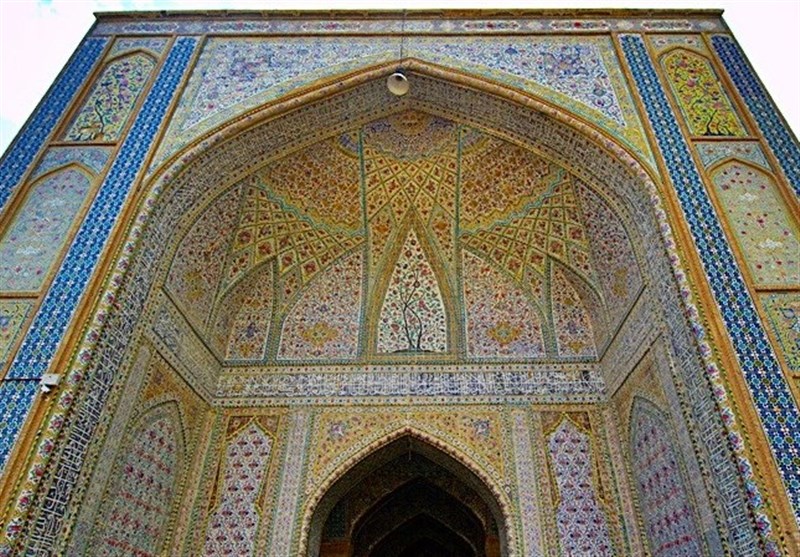 At the Southern Eyvan, there’s an entrance leading to a roofed columned hall (shabestan) with 48 monolithic pillars joining one another on top through vaulted brickworks. The pillar shafts are carved in a spiral way and decorated in form of acanthus leaves at their capitals. Color of the stone pillars and those of brick-formed ceiling match.

All ceiling decoration has been made by plain bricks except the one line coming from the southern eyvan directly toward the mihrab of the mosque. This part is an amazingly splendid corridor-like pathway set by its ceiling tile decoration embellished by Shirazi “haftrangi” (seven-color) tiles.

The builders of the mosque have made a minbar (preacher’s seat) out of a piece of green marble with a flight of 14 steps leading to the seat on top. This minbar is an exemplary work at Zand-period mosques.

It won’t easily happen to see several Zand monuments when you are traveling in Iran unless you visit Shiraz and pay a visit to such sights. Therefore, it is recommended to spend some quality time in these buildings and quench your thirst for the taste of Zand architects and their masterpieces. Also, Shirazi artists have their own lively touch no matter which period they have been living in. That’s why I think you won’t regret spending more time at this beautiful city. 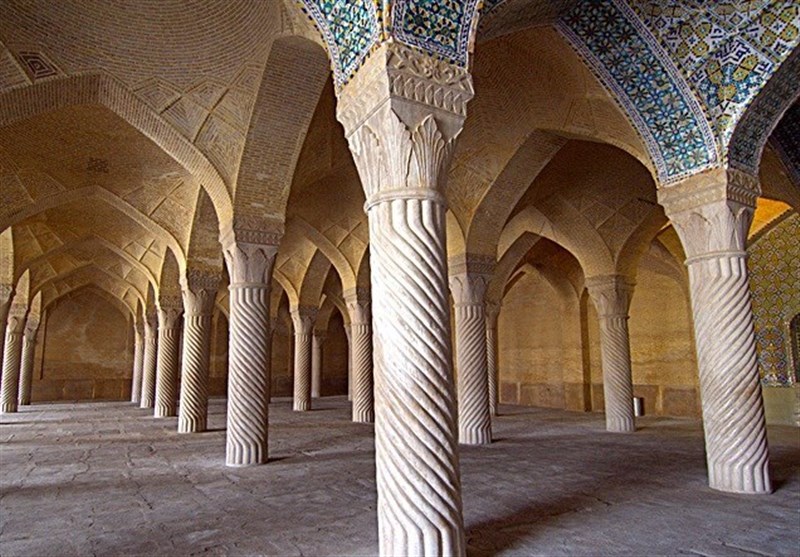