BAGHDAD (Tasnim) – Cultural Deputy of the World Assembly of Islamic Awakening Hamidreza Moqaddamfar warned against the spread of the influence of the global hegemonic system on Muslim nations, stressing that countering the plot requires Muslims' unity and insight.

“The Truth is that the Islamic world is now engaged with a full scale war with the global hegemonic system; a system which is led by the United States and the devilish network of International Zionism,” Moqaddamfar said on Sunday while addressing the 9th session of the Supreme Council of the World Assembly of Islamic Awakening in the Iraqi capital.

He added that the global hegemonic system can be only confronted if Muslims around the world maintain their unity and exercise vigilance and insight.

Following is the full text of Moqaddamfar’s speech to the session:

In the Name of God

فَلَا تُطِعِ الْكَافِرِینَ وَجَاهِدْهُمْ بِهِ جِهَادًا كَبِیرًا ﴿52﴾
So do not obey the unbelievers, but struggle mightily with it (the Quran). (Al-Furqan, Sura 52)

I would like to send hello to you, the pioneers of the Islamic Awakening Movement, and to martyrs who watered this plant of movement with their pure blood and also to scholars and thinkers who have kept alive the flames of this life-giving movement of the Islamic Ummah. And I would like to bow down to their sincerity in this great endeavor.

The Truth is that the Islamic world is now engaged with a full scale war with the global hegemonic system; a system which is led by the United States and the devilish network of International Zionism.

This warfare is a smart one in which the enemy is using all the three types of warfare, including hard, semi-hard and soft warfare. But the main focus and investments are given to the soft war. An insensible conflict with more destructive impacts compared with military conflicts but at the same time much cheaper with more long-term effects.

Through using this method, the ultramodern colonialism indirectly imposes its will on Muslim nations. As this colonialism turned direct wars into a non-direct proxy wars, it uses soft infiltration into hearts and minds of people in this war of perception in a bid to reach a determined impact on identity, values and beliefs. And the most important of all, to leave impact on people’s understanding in a bid to satisfy them and rally their support and also change their calculations and priorities and ultimately win their enthusiasm for the leadership of colonialism.

In this kind of warfare, enemy target the brave hearts of youth in the Islamic Ummah and hit their minds, beliefs, human and Islamic identity.

Accordingly, the main battlefield of this kind of warfare is defined in the aspect of perception and understanding.

Today, the Islamic Awakening movement and the Muslim world need to be cautious about the proxy wars waged by the hegemonic system and the Zionists, and at the same time should counter and not neglect the enemy’s soft wars that employ public diplomacy and media diplomacy, which are carried out by huge investment in culture and arts.

Known as the outstanding symbol of the Islamic world’s cognitive capital, the slogan “Allahu Akbar” was shouted by the grass roots in the popular uprisings amid the Islamic Awakening Movement, and clearly demonstrated that the Islamic Ummah’s presence at the battlefield by reliance on its values and cognitive capital would pose a great threat to the capitalist and bullying tyrants, a sign of which was the overthrow of puppet dictators that the West had appointed in the Islamic territories.

The Islamophobia project and attempts to intensify such phobia in the West have undoubtedly worked as a relief for the wounds that the global arrogance has suffered from the uprising of brave Muslims amid the Islamic Awakening Movement. Islamophobia project is known as a major operation by the hegemonic system in a cognitive war that pivots on media outlets dominated by international Zionism, is implemented by the Takfiri groups that are fostered by the global imperialism, and aims to tarnish the bright image of Islam among global public opinion and prevent the spread of Islamism in the Western world.

In addition to such vicious plot, the global arrogance has been pursuing two strategies in the Islamic societies: division and infiltration.

One of those strategies is intensifying religious conflicts and fueling them in order to undermine the Islamic world and draw Muslim attention away from the Islamic Ummah’s major issues. The other strategy is infiltrating proxies into Muslim countries for a menacing influence, changing the calculations of people and leaders in the Muslim countries and breaking their resistance to the global hegemony system.

The infiltrators are tasked with targeting the Islamic communities’ independence and identity, preparing the ground for the Islamic world’s increasing dependence on the hegemonic system, and promoting the Western hegemony in the Islamic countries.

To counter those two hostile strategies, the Islamic world should also consider the two following strategies:

Unity First. That is right; once materialized, the Muslim unity will frighten and concern the global arrogance. Whenever the Islamic unity has materialized, it has made the enemies ashamed and has brought about grandeur and greatness to the Muslims.

The Muslim world should pay heed to this Quranic message and recognize the evil hands of the enemies behind the scenes of the conflicts and be aware that the imposed disputes, which are fueled by the Western-backed Takfiri terrorists, have no religious nature, but it is British Shiites and American Sunnis, who are in cahoots and acting together like two blades of the same scissors to destroy the revolutionary Islam and are seeking to shift the scene of confrontation with hegemonic powers and the Zionist occupying regime to the scene of disputes within the Muslim world.

Unity is the antidote to disputes. The unity that revolves around the best cognitive assets of the Muslim world which are the holy Quran and Islamic values.

The second strategy of the Muslim world to counter the threat of intrusion and foil the destructive acts of the enemies’ agents is insight.

The Key component of insight is the recognition of the enemy and the hostile methods of Islam’s enemy. The light of insight exposes the agents and thwarts their plots.

The insight promotes the recognition of the enemy to the fight against it and highlights the political and cultural boundaries between Islamic Ummah and the enemies of Islam and Muslims.

Insight is the superior weapon of Islam in the cognitive war, which can be called a Great Jihad (Great Endeavor) as mentioned in the Holy Quran.

The insight, gives those who strive in the way of Allah the ability to say “no” to the foreigner and the enemy and encourages him to stand on his feet.

The Insight, teaches those who strive in the way of Allah in the Great Jihad that since the Quran provides the believers a program for a dignified life, why should we need to follow a Western lifestyle and culture, which produces violence and vulgarity.

The realization of unity and insight, as two main strategies, will yield two invaluable results for the Muslim world:

1. Resistance and its power against enemies
2. Progress and power of creativity, moving forward and effectiveness

Muslims should wake up to the fact that whenever the Islamic world has welcomed the global hegemonic system with open arms, it has not been spared from its venom of hatred; and that whenever the Muslim world has come to a halt, it has been exposed to enemies’ plots more than before.

Therefore, the path is clear; resistance and progress are two key elements which can empower the Islamic world and strengthen role of Muslims and Islam in the new geometry of power in the world.

The path should be followed by the Muslims under the leadership of revolutionary and learned leaders, scholars, and intellectuals of the Islamic world.

Not only will not the torch of the Islamic Awakening movement put out, but also it can repeat itself with more effectiveness compared to the past. Today, it is incumbent upon insightful leaders and intellectuals of the Muslim world to keep the torch burning brightly as well as preserve the sweet experience of past victories attained in light of awareness and unity among Muslims. Understanding this historical and prophet-like mission, Muslim leaders should rise and lay the foundation of a new Islamic civilization and start another prophetic mission against modern ignorance through helping with the continuation of this holy path. A mission that promises a bright morning and which has begun with the dawn of Islamic Revolution and reflection of its messages in the Islamic Awakening Movement. 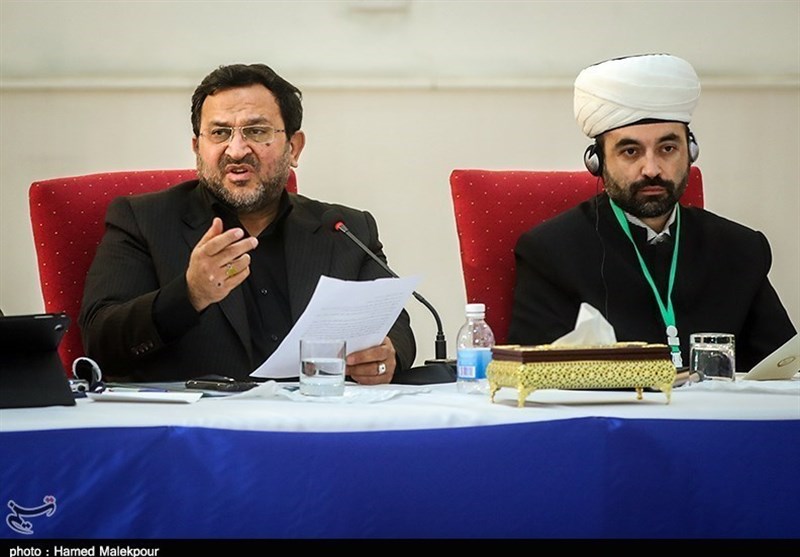 US Trying to Make Afghanistan Hotbed of Terrorism: Shamkhani

US Trying to Make Afghanistan Hotbed of Terrorism: Shamkhani