TEHRAN (Tasnim) - The historical mosque, built in the late 18th century in Iran's central city of Kashan, is famous for its precise, symmetric architecture and attractive appearance. The mosque is a good example of Persian architecture with a central courtyard and a pool in the middle.

Agha Bozorg was constructed by the master architect Ustad Haj Sa’ban-Ali and was assisted by his pupil named Ustad Ali Maryam, who later on became one of the most famous architects of Persia.

The mosque houses a theological school (Madrasah), which is situated in the center of this grand mosque. The mosque was constructed for holding prayers and preaching sessions carried out by Mullah Mahdi Naraqi II, also known as Agha Bozorg. 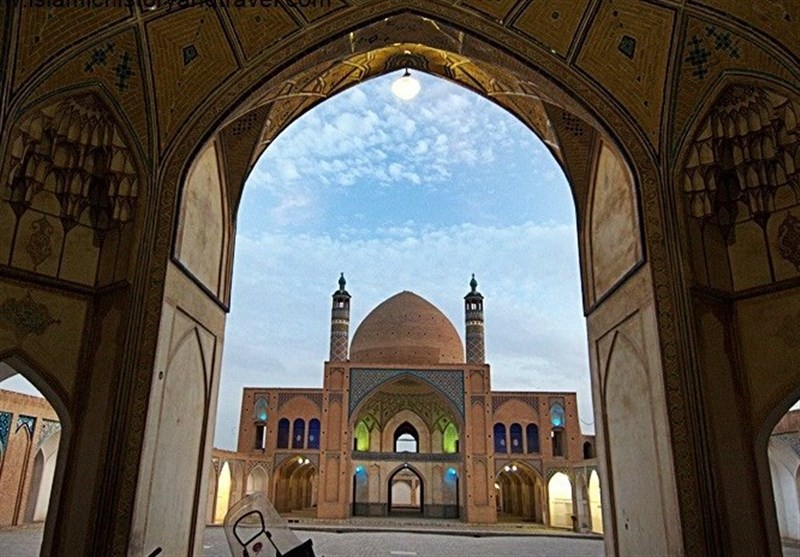 The mosque consists of four porches, two ornate minarets and a brilliant brick dome. Two large iwans of the mosque are decorated with calligraphic bands and tilework bearing red, blue or yellow colors against the brick ground.

An iwan is a rectangular hall or space, usually vaulted, walled on three sides, with one end entirely open.

One of the iwan is situated in front of the mehrab (the decorated niche indicating the direction of prayers) and the other is located near the entrance. The wooden front door of the mosque is adorned with as many jewels as there are verses in the Qur’an. 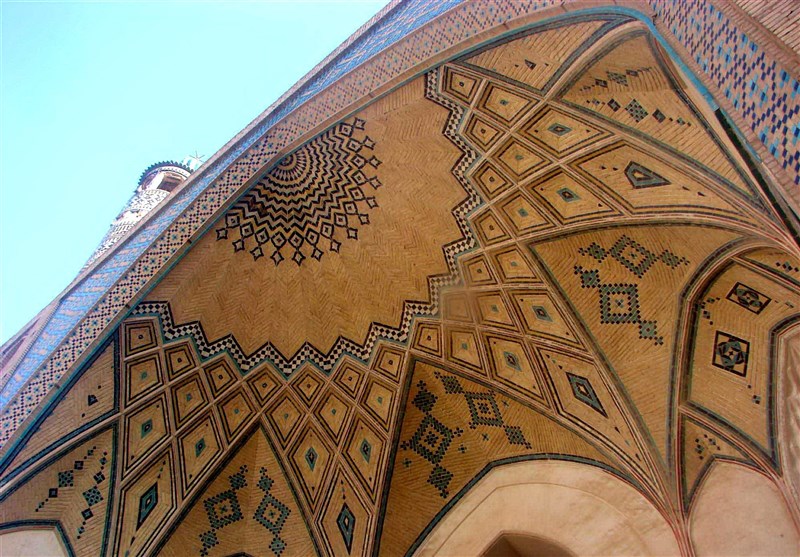 The imposing dome of the mosque is built on the octagonal podium and consists of double layers. The lower covering of the dome carries the weight of the ceiling and resides on the strong pilasters, whereas the outer cladding enlarges the appearance of the dome.

Various verses from the Qur’an are inscribed on and around the dome, which helps it in blending harmoniously with the rest of the structure. The dome is situated right above the mihrab in the mosque.

The beautiful dome is flanked by a couple of amazing minarets adorned with colorful tiles arranged in some geometric shapes. 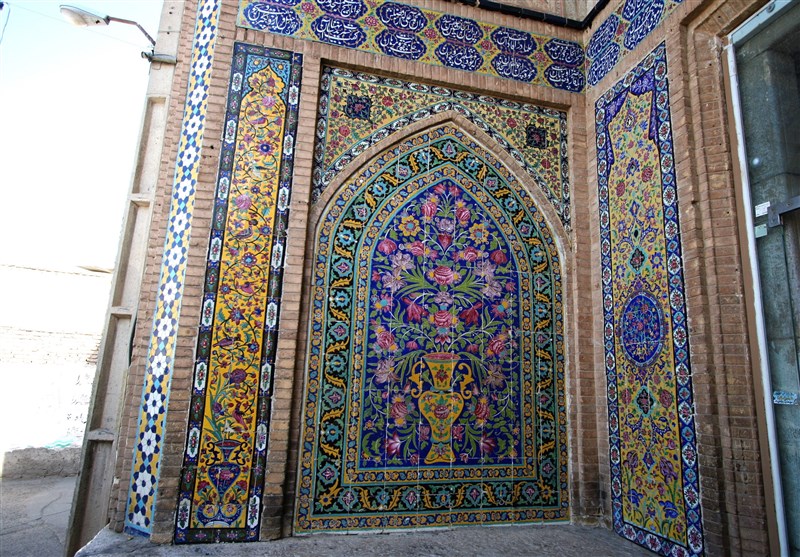 Mosaics and inscriptions of verses from the Qur’an can be seen adorning a large part of the interior of Agha Bozorg Mosque. The ceiling and the first level chambers bear Spartan decorations, whereas the outer part around the arcades dons vibrant mosaics.

The massive courtyard is one of the most notable features of the mosque. The courtyard is flanked by a number of chambers and arcades, and holds another smaller court residing at a level lower than the outer one.

The lower level court possesses a small pond, a fountain and a surrounding garden edged by another series of chambers, as well as arcades used in the hot summer days to protect from the soaring heat. 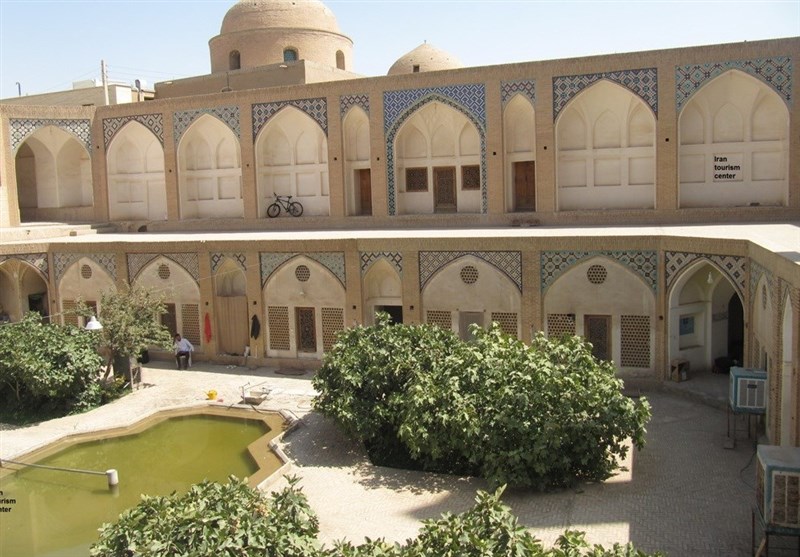 Although the magnificent mosque of Agha Bozorg is decorated using the moderate use of colored tiles and mosaics, its appearance is ascetic in nature.

The cobbled veranda and brick walls of the mosque make it look simple yet elegant.

Agha Bozorg Mosque is visited by a large number of domestic and foreign tourists throughout the year. 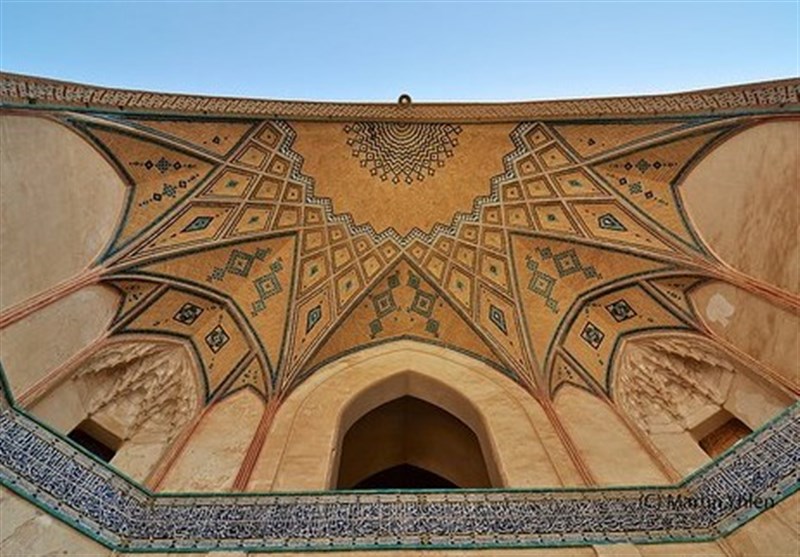