At the beginning of the funeral procession in Tehran, Ayatollah Khamenei, accompanied by the country’s top military commanders, prayed near Hojaji’s Iranian-flag-wrapped casket.

Imam Khamenei also met the family of the revered young martyr and praised their fortitude. 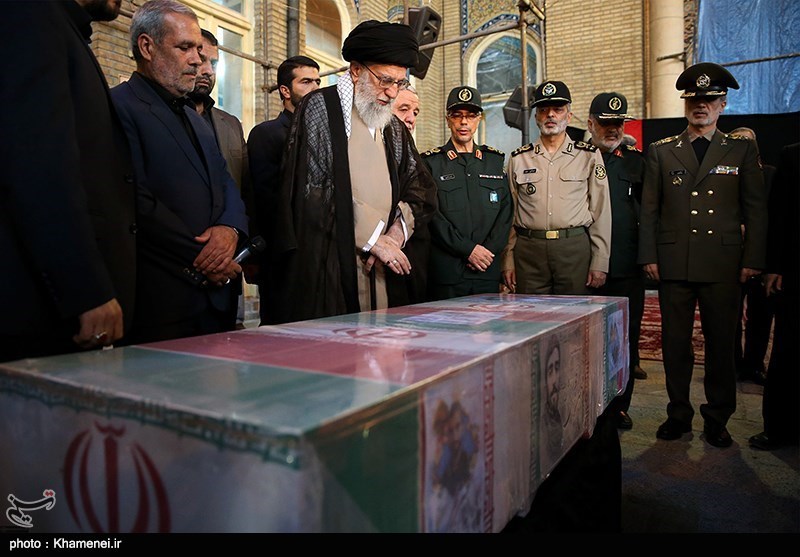 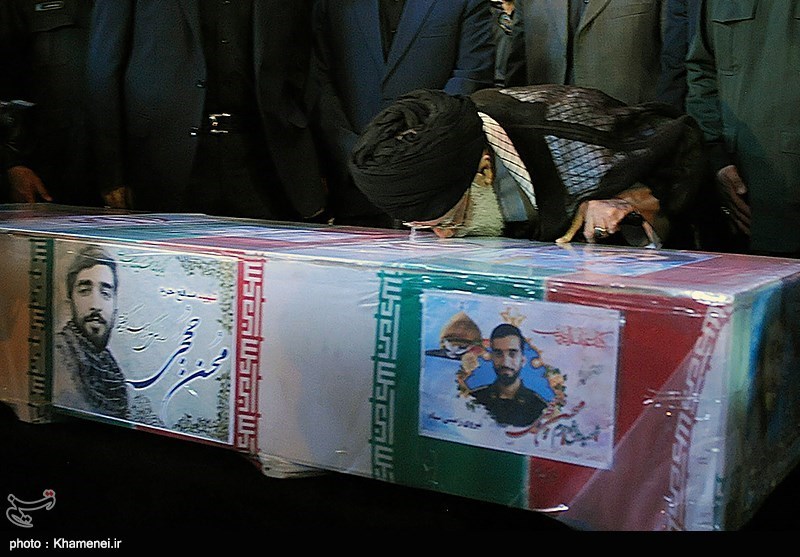 Thousands of people in Tehran have attended the mass funeral, which has begun from Imam Hussein square in downtown Tehran.

Since the martyrdom of 25-year-old Mohsen Hojaji, many Iranian artists have memorialized his death in videos and paintings.

The Lebanese Hezbollah Resistance Movement on August 31 received the body of Hojaji from Daesh based on a ceasefire deal between the two sides.

The transfer of Lebanon’s captured soldiers and two martyrs, as well as the body of Martyr Hojaji, took place after the buses carrying Daesh militants and their families arrived in the ancient city of Palmyra in Homs Province, according to media reports.