Persian Turquoise, Jewel of the Orient

TEHRAN (Tasnim) - For at least 2,000 years, the region once known as Persia, has remained the most important source of turquoise. Its sky-blue turquoise has always been a magnet for beauty seekers throughout history.

Turquoise is a non-vitreous stone, which differs in shade from blue, green and blue-green depending on its origin.

The blue color of turquoise is enhanced when it has been formed in an area that contains more copper. If there is more aluminum, it becomes more greenish and in the presence of zinc, the deposits display a rare yellow-green combination.

A hydrated phosphate of copper and aluminum, turquoise is usually found in areas where the native rocks have been changed through the intrusion of rocks from volcanic or other thermal influence.

Persian turquoise is extensively found in Iran's northeastern city of Neyshabur, located about 150 kilometers west of the city of Mashhad in Khorasan Razavi Province, and dates back to 4,000 BCE.

Neyshabur turquoise mines located 53 kilometers northwest of the city and near the old caravan routes, are believed to be among the world's oldest known turquoise mines, which supplied the stone to Europe, Western Asia and America.

The city was once a significant spot on the ancient Silk Road, linking the Iranian plateau and Central Asia - meaning Anatolia and the Mediterranean to China. 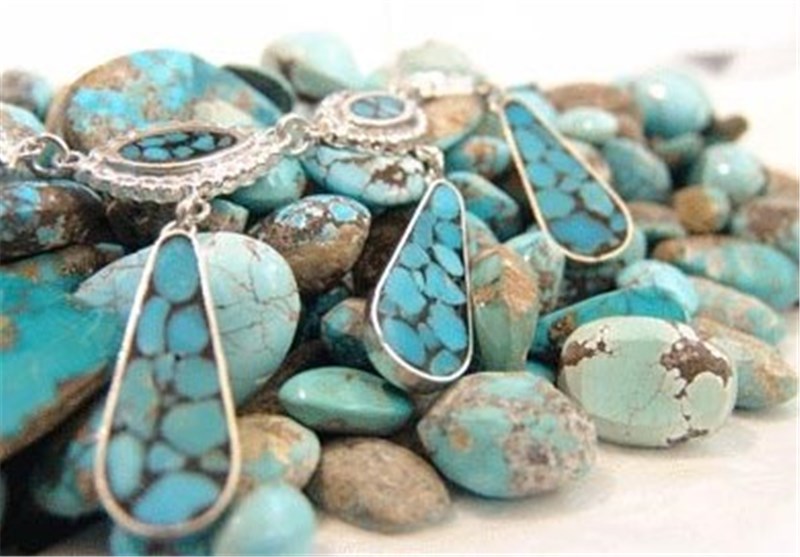 Archeological excavations have yielded Persian turquoise in ancient graves in Turkistan and throughout the Caucasus dating back to the first to third century BCE.

The massive, robin's egg blue Persian turquoise is used in making jewelry and creating mosaics, inlays or overlays that have adorned numerous monuments over the centuries. It takes a fine polish and does not lose color with time.

Turquoise might have been the first gemstone to be used in jewelry. Historical documents show that Egyptian Queens wore bracelets made of gold and turquoise.

Archeological findings show that early inhabitants of the Western hemisphere had detailed knowledge of turquoise and used it for luck and health reasons. The stone had religious, artistic, and trade values. It was also used in negotiating treaties and making jewelry.

Inlaid turquoise is one of the most beautiful Iranian artworks with a history of at least half a century. The art consists of setting pieces of turquoise on copper, silver, brass and bronze dishes. 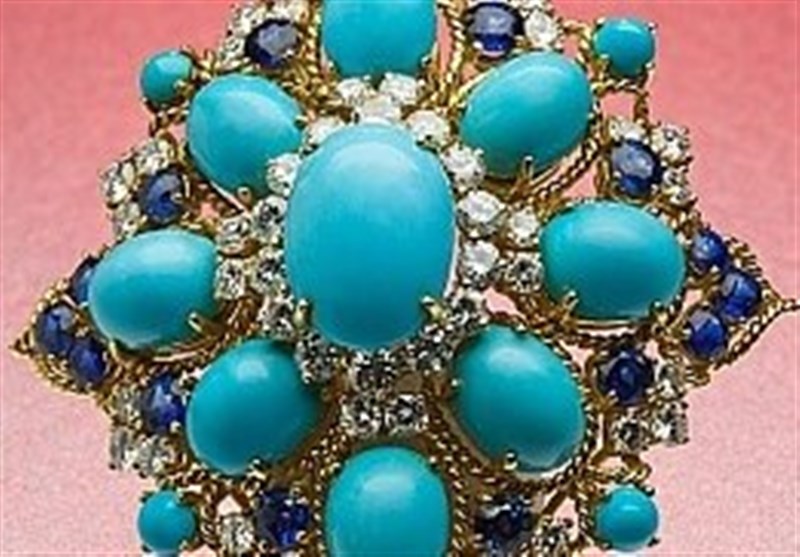 Iranian artists use turquoise in various forms of art including calligraphy and handicrafts.

Turquoise jewelry has always been popular in the Orient. It was a highly revered item among Tibetans and was used in China since the thirteenth century BCE.