TEHRAN (Tasnim) - The stone lion of Hamedan (Shir'e Sangi) is a historical monument in Hamedan, west of Iran. The stone lion, one part of the 'Lion’s Gate', sits on a hill where a Parthian era cemetery is said to have been located.

When first built, this statue had a twin counterpart for which they both constituted the old gate of the city. The gates were demolished in 931CE as the Daylamids took over the city. Currently this statue is located in the park and square of Sang Shir and is held in great respect by the people. It is 2.5 meters long, 1.15 meters wide, and 2.2 meters high in its front part and its present form, represents the battered image of a legless, couchant lion carved out of yellow sandstone.

There are various theories as to the history of this statue. While some accounts denote the statue to the first Iranian dynasty, the Medes, others attribute it to the Parthian dynasty since it was found over a mound which consisted of a Parthian cemetery. Iran's Cultural Heritage Organization reports that the lions were first thought to have been built by the orders of Alexander the Great to commemorate the death of his close companion Hephaestion. 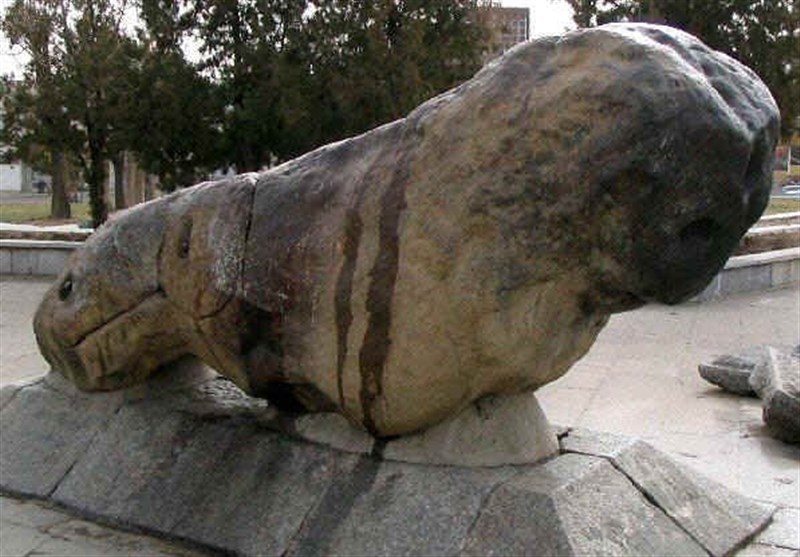 There was a belief amongst the people of Hamedan long ago, and perhaps still today, that if a girl was ready to get married, she should be brought up to the lion statue along with a potion made of honey, vinegar and milk. The potion would be poured on the statue and then the girl would place a small stone on the potion. If the stone stayed on the lion it indicated that she would get married soon. Also if a woman gave birth to a baby boy they would bring the newborn to this statue and pass him under the lion’s legs for good luck. Obviously this goes back to when the lion actually had legs.

The ancient statue, which was located on a low platform in Sang Shir Square, has become dilapidated over years. Remains of the stone lion have recently been placed on a high plinth to protect it from further destruction. A team of experts have used appropriate cleansers to strip the wax off the statue and afterwards, it was installed on a two-meter high platform to keep it safe from visitors’ touch. Vandals have cut scratches and grooves into the body of the statue, whose surface has also been eroded by visitors’ touch. 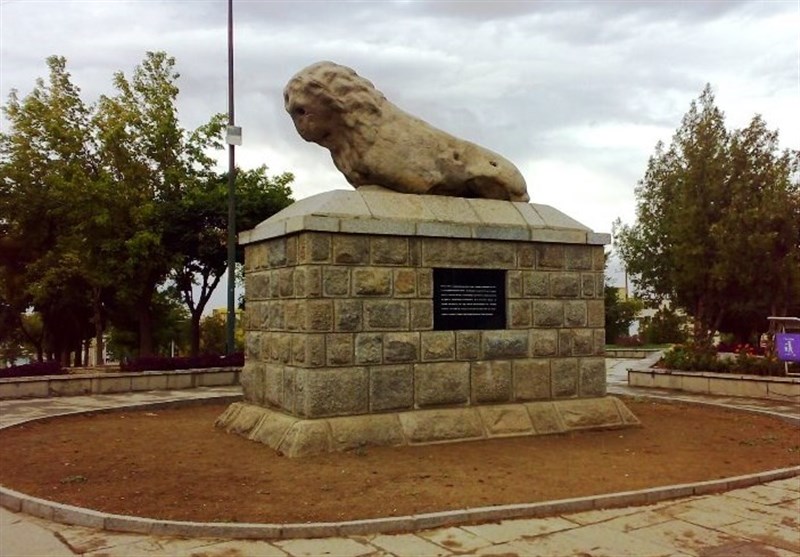 In addition, the rare artifact has been further contaminated by wax dripping from candles, which some local residents, following an old tradition light on the stone lion’s head. The Hamedan Cultural Heritage, Tourism and Handicrafts Department plans to make a covering over the statue in order to safeguard it against rainfall and sunlight.