TEHRAN (Tasnim) - Mausoleum of Davazdah Imam as the oldest historic building in Iran's central city of Yazd is located in historical part of city. It is an adobe building with a sole dome-building constructed on a hexagonal plan.

The shallow dome is rather unusual in Persia and gives the shrine an Ottoman flavor.

The shrine of Davazdah Imam or the Maghbareh-ye Davazdah Emam, as it is locally known, means the shrine of the Twelve Imams, which dates back to the early 11th century, has inscriptions inside bearing the names of the twelve Shiite Imams, though none are actually buried there.

This Seljuq shrine is one of the leading Islamic brick monuments. This shrine constructed in 429 AH. Is located near the Hosseinieh (place where the martyrdom of Imam Hossein is mourned for theater of passion-players of the Fahadan Quarter). It functions both as a religious shrine and as funerary mosque. 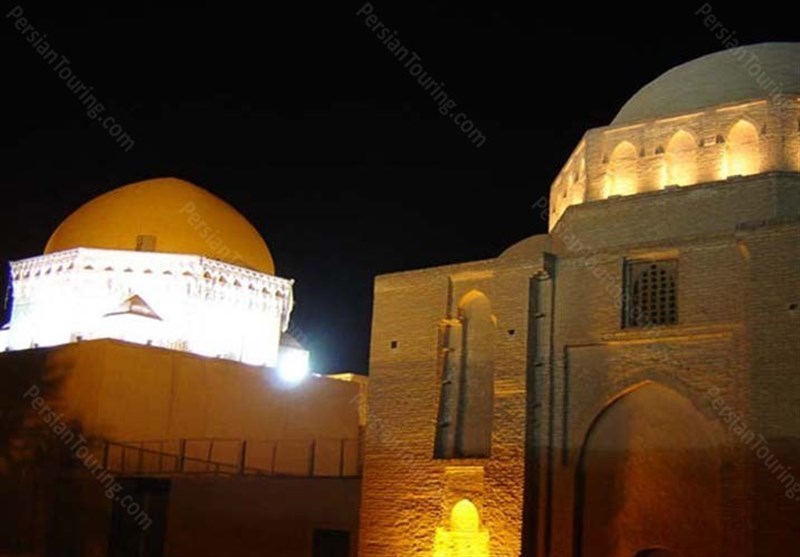 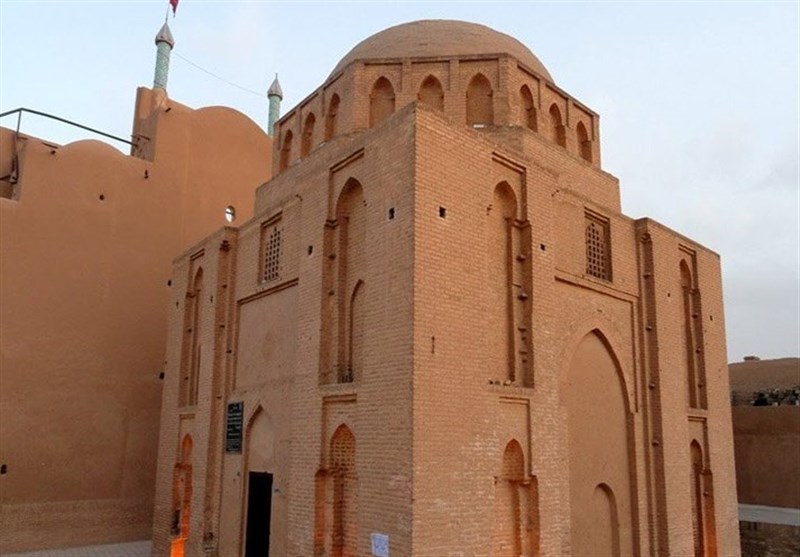 The structure is noted for containing one of the oldest extant squinches of a type found extensively in the edifices of the Seljuq period; a trefoil arch that was elaborated, multiplied, and finally developed into muqarnas (projecting niches used for spatial transitions to create domes, often from a quadrilateral to a circular base). It thus marks a significant stage in the increasing emphasis on the zone of transition in Seljuq architecture, first seen in the mausoleum at Tim from 977-8.

According to the inscription in the building, Abu Masoud Beheshti and Abu Ya'ghoub Isaac, both military governors of Kakuyid ruler Ala-al Doleh Faramarz, began construction in 1036-7 and later Seljuq additions can be detected in the characteristic decorative patterns of the front portal.

The structure primarily consists of a square chamber and twelve domes dedicated to the Twelve Shiite Imams, of which the central dome rises over an octagonal base created by a number of tri-lobed squinches. Built largely in plain brick with a pronounced batter of bearing walls, a stark symmetrical silhouette and unalleviated visual mass is maintained with a flat, uninterrupted roofline. 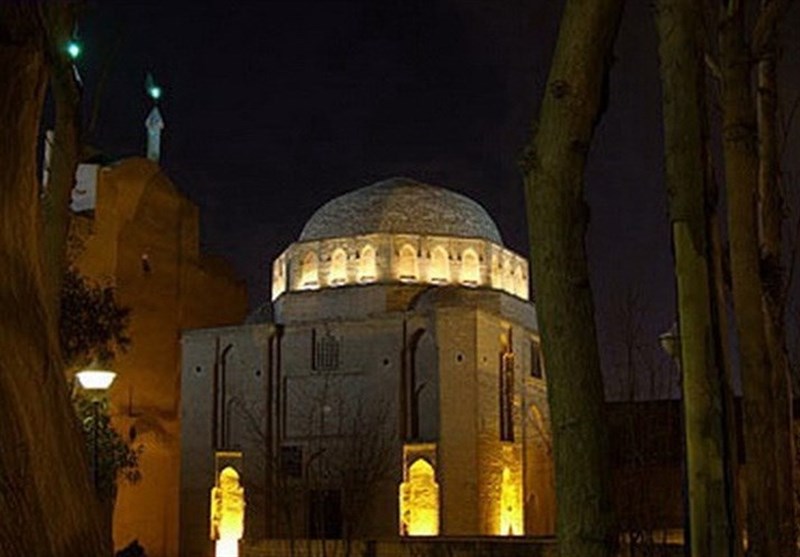 The building's verticality and heavy dome is emphasized by elaborate external articulation, seen in the use of narrow proportioned brick panels and concentric arches in relief. The mausoleum's shallow dome together with dome of the adjacent Zendan-e Eskandar or Alexander's prison, ascribed by popular tradition to have once been the famed Macedonian's jail.

The interior contains fragments of an ornamentation scheme that include a wide variety of carved stucco forms. The design on the dome interior, painted colored shafts overlapping to form a sunburst, is the earliest example of a design that would be subsequently repeated in Yazd.

A panel over the mihrab bay incorporates high relief carved stucco in a unique, quilted design not seen in any other standing edifice. A pattern of Kufic inscriptions in three lines, within a floral margin lists the names of each of the consecrated Imams.

The structure also houses the grave of Fakhreddin Esfajaroudi, one of the venerated Esfajaroudi Sheikhs of Fahadan from the fourteenth century. Considerably restored in the last century, the building preserves one of the first stages of structural and decorative art experimentation of what is now characteristic architecture of the entire Kavir region.