TEHRAN (Tasnim) – Apple has offered to replace a three-week-old iPhone XS Max that a man from Columbus, Ohio has reported caught fire in his pocket.

The man said his phone caught fire in his pocket while inside a case – causing smoke, the burning of his skin, and a dead iPhone that Apple has since offered to replace.

Apparently when the melted handset was taken into an Apple Store, they were at a loss to explain exactly what had gone on. The man involved says he's less than happy with Apple's response to the incident, quite aside from selling him an iPhone that seemed to catch fire without any kind of trigger, Tech Radar reported.

For now this is only an isolated incident – and one that hasn't been verified by Apple – so it's far too early to start putting your own iPhone XS Max in the fridge for safe keeping. You can see one of the photos of the burned phone below. 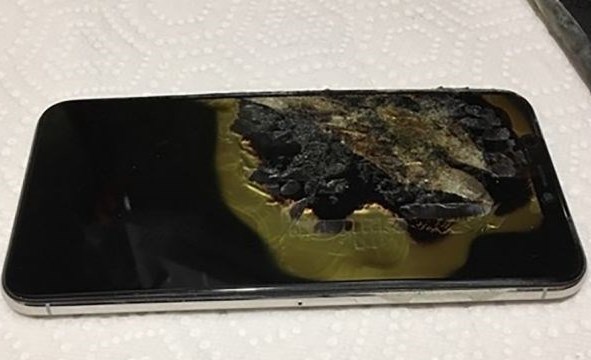 There is precedent for this of course: Samsung had to recall the Galaxy Note 7 in 2016 after it was found to have a defective battery problem that could cause it to ignite, while one iPhone X did catch on fire late last year.

Even with all the safety precautions and testing routines that modern-day smartphones go through, it seems that occasional incidents like this can't be eliminated completely.

Variety of Vaccine Side Effects Revealed in Pfizer Documents

Iran Adds ‘PastoCovac’ to Its Arsenal of COVID Vaccines after Approval

Saturn’s Moon Mimas Might Be Hiding An Internal Ocean

Saturn’s Moon Mimas Might Be Hiding An Internal Ocean