TEHRAN (Tasnim) – The Islamic Republic of Iran and the United Arab Emirates signed a Memorandum of Understanding (MoU) to promote cooperation on common border security.

In comments on the second day of a joint meeting with the Emirati officials, the Iranian general said the sessions have been held to boost coordination between the two Muslim neighbors that resulted in an agreement on the promotion of border cooperation.

“The two countries hold regular annual meetings in Tehran and Abu Dhabi, and meet every 6 months in one of the border control zones at the invitation of one another,” the Iranian general added. 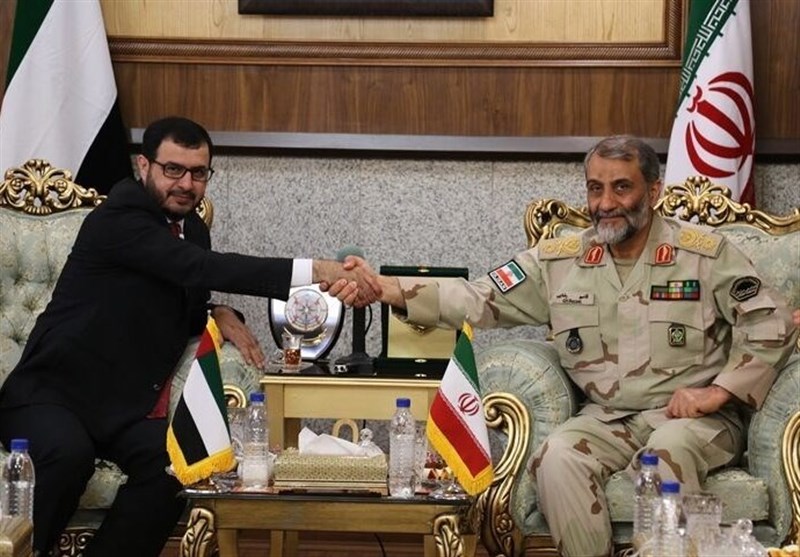 Rezaei also stressed that such meetings between Iran and the UAE would contribute to stronger border security, facilitate legal border crossings and activities of fishermen, and help fight against those disrupting the security of nations.

For his part, the Emirati commander hailed the meeting with the “Iranian friends”, describing the agreement with Tehran as a positive step in fulfilling the interests of the two countries that would promote the common border’s security, ease border control, and facilitate the crossings.

In comments on Wednesday, Iranian President’s Chief of Staff Mahmoud Vaezi hailed the UAE’s decision to rethink its harsh policy on Yemen, saying Abu Dhabi is willing to have contact with Tehran over the Persian Gulf issues.

Back in May, Zarif had voiced Iran’s readiness to maintain good relations with Saudi Arabia, the United Arab Emirates, and their allies.

Highlighting Iran’s close relations with Qatar, Kuwait, and Oman, Zarif had told reporters at the Asian Cooperation Dialogue in Doha, "We hope to have the same type of relations with Saudi Arabia, Bahrain, and the United Arab Emirates."

On July 12, the Houthi Ansarullah movement said the United Arab Emirates has apparently withdrawn its military forces from certain parts of Yemen.

The UAE is a main member of a Saudi-led military coalition that has been pounding Yemen for over four years.