TEHRAN (Tasnim) - The reputed and historical castle is located on a stony hillock in the midst of the city of Khorramabad, West of Iran.

The original date of construction of the said castle is not known. It was formerly known as 'Shahpour Khast', but from the Qajar era has been called by its current name.

On the whole, the circumference of the castle covers a vicinity of 228.60 m. and the elevation of its tallest rampart is 22.5 m. On entering, there is a covered corridor, having two chambers on the western and one on the eastern side.

The corridor gives way to the court-yard (31x 22.5) sq. m. and is in a north-south direction. In the north-eastern part of the corridor, eight chambers have been constructed, which lead to a yard having a well which used to provide water of the castle. To the south of the castle is a corridor which also leads to the courtyard.

The second courtyard of the castle, is rectangular with an area of (29 x 21) sq. m. This court-yard runs in an east-west direction having sixteen chambers. In the western portion which is a later construction, consists of fourteen chambers and two corridors. To the north-east of the castle is a corridor, which leads to a dark room most probably a prison cell. Steps from here give way to the roof of the structure.

The scallops seen on the castle were constructed under the orders of Reza Shah. Surrounding the castle are large boulders, on which the southern towers have been built (in all the castle has eight towers).

During the Pahlavi reign, the Falak-ol-Aflak castle was used as a prison for political prisoners. This important historical relic attracts tourists and today, part of it has been converted into a museum. 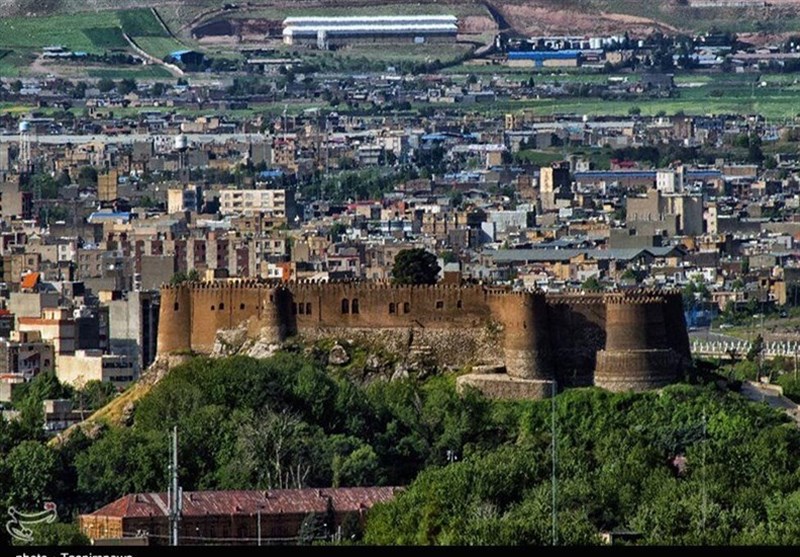 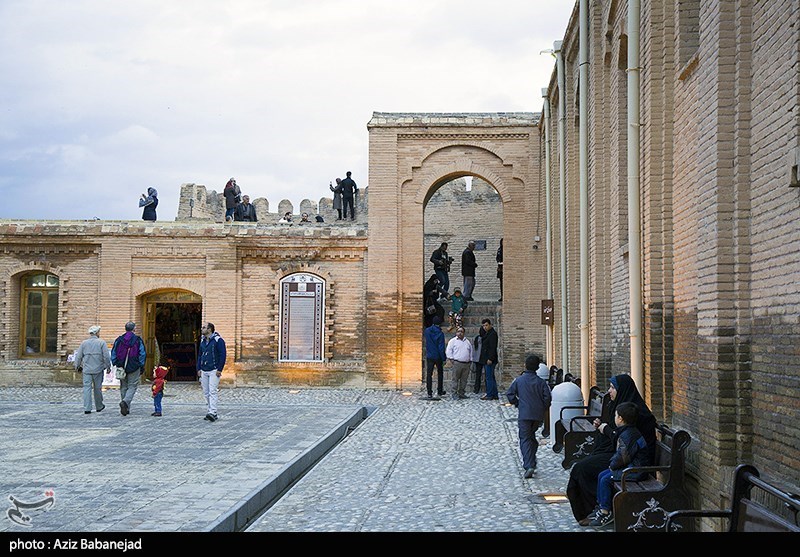 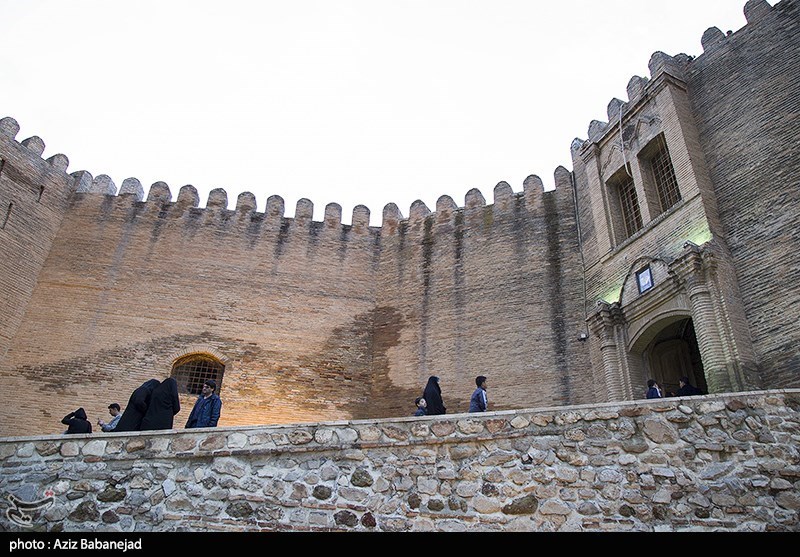 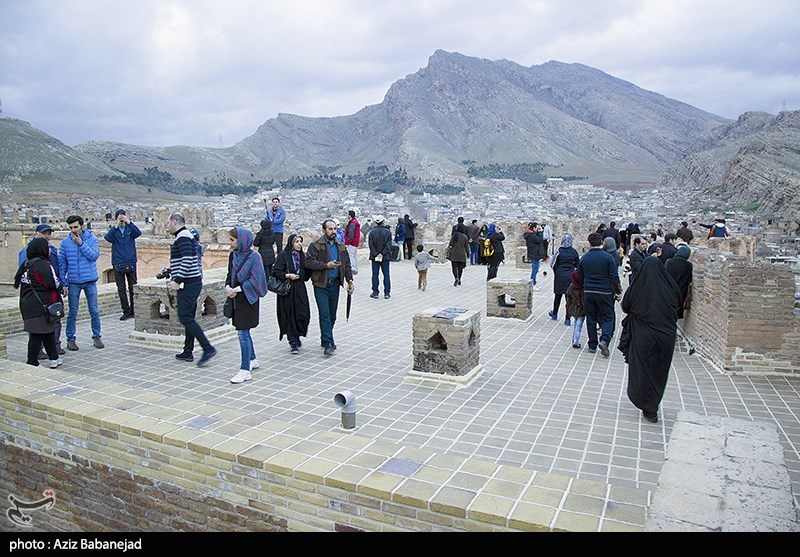 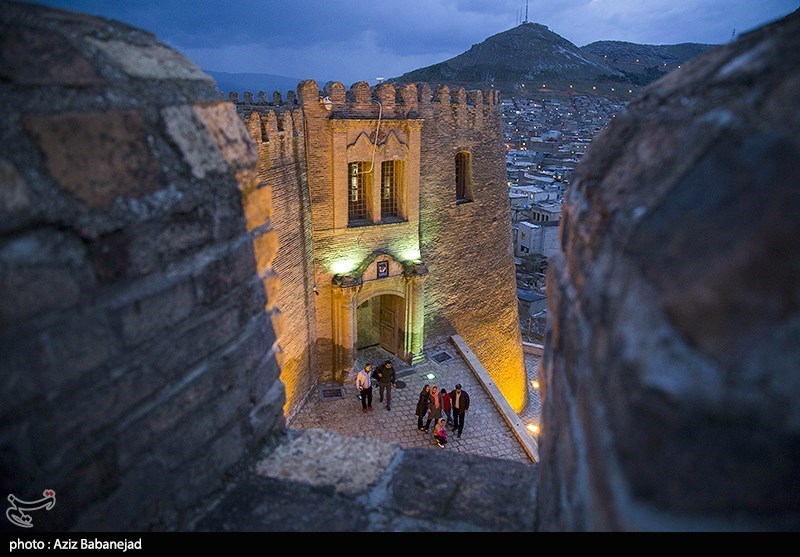 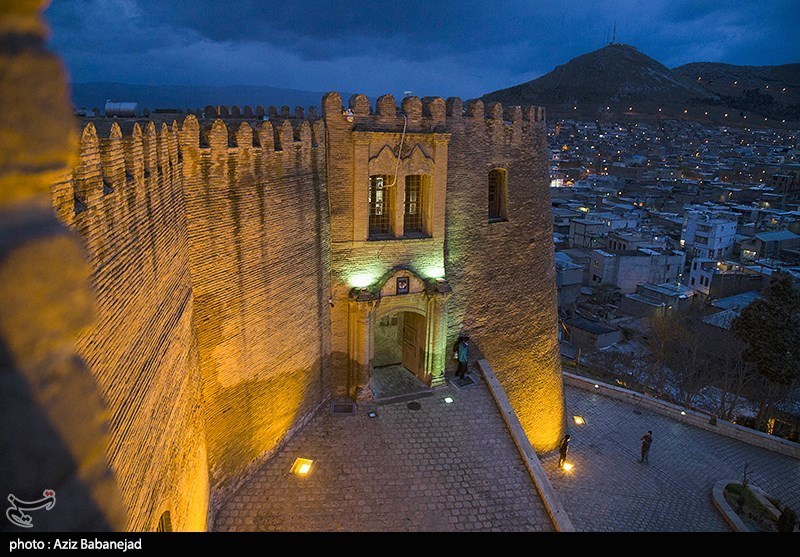 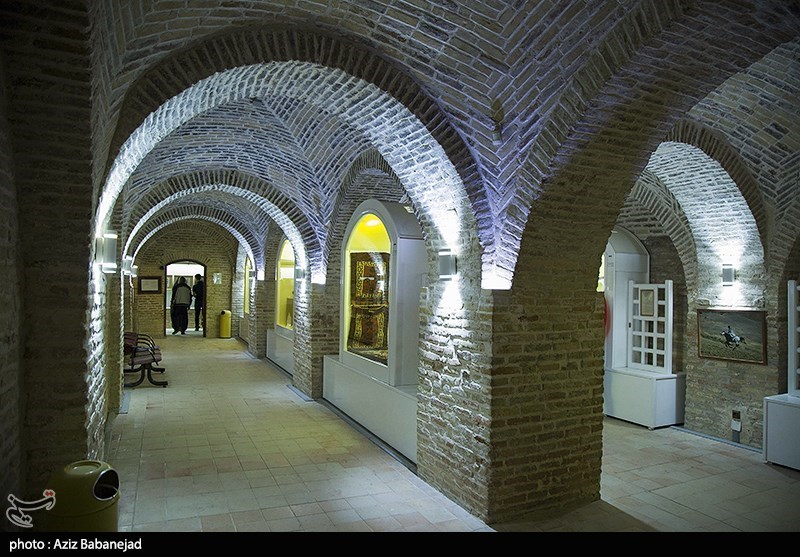 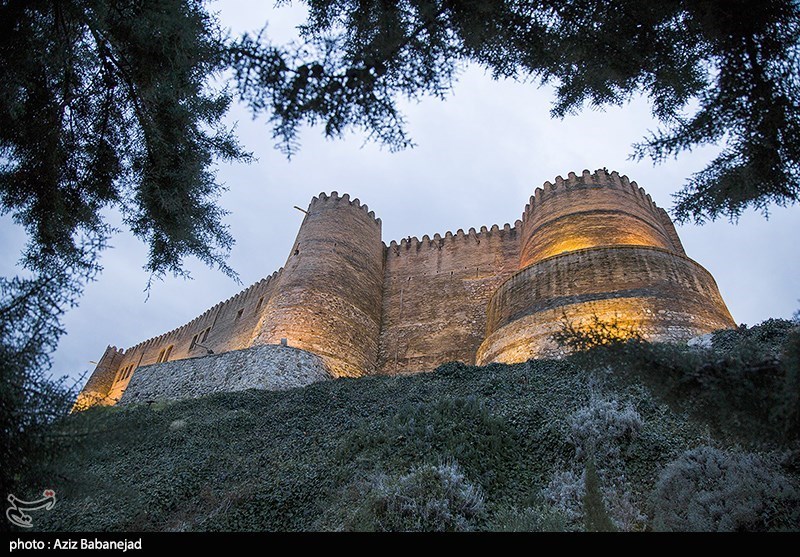 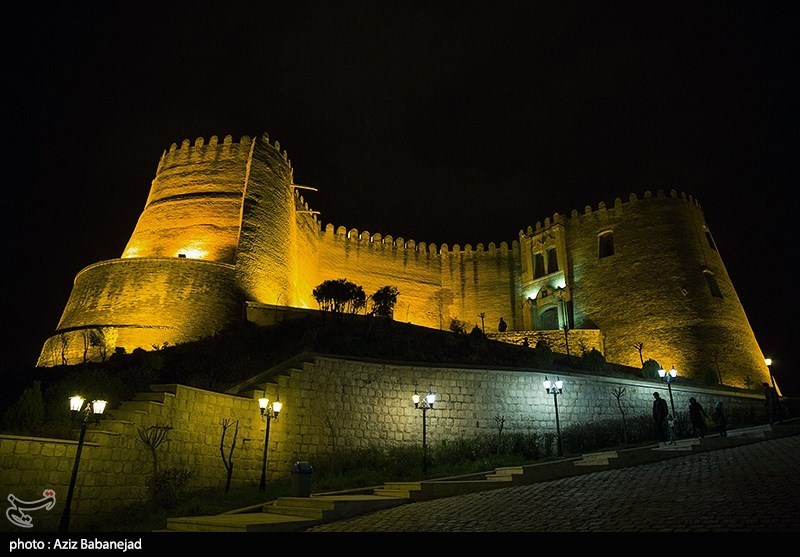 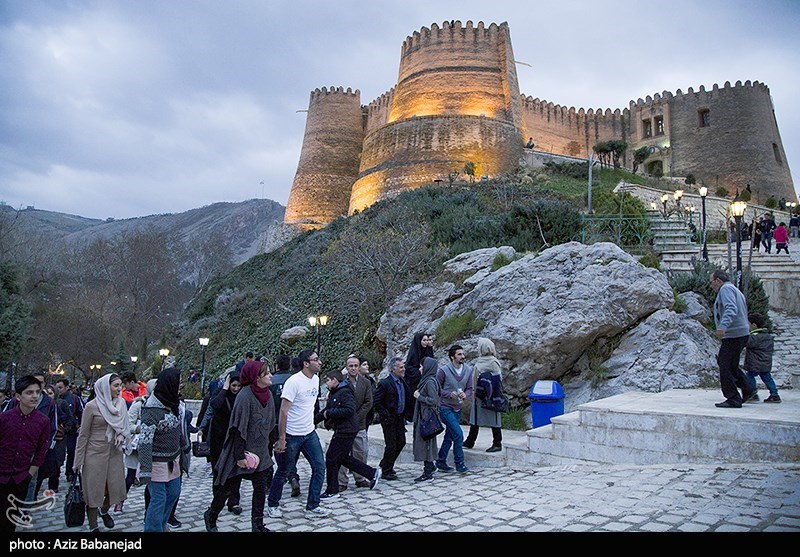