TEHRAN (Tasnim) - The atmospheric Nasir al-Molk Mosque, situated in Shiraz, southern Iran, has long been a prime destination for international and domestic travelers.

The 19th-century monument is an amalgam of history, architecture and arts. It is also known as “Pink Mosque”, which is driven from abundant pink-colored tilework that dominates its courtyard and exteriors facade.

Nasir al-Molk has arrays of delicate mirrorwork and stuccowork, which are interwoven with arabesque designs and tilework.

Filled with carved pillars and lavishly-created polychrome faience, the prayer hall appears gorgeous when it is lit up through the vast stained-glass windows.

The mosque is also home to a patchwork of handmade Persian rugs. 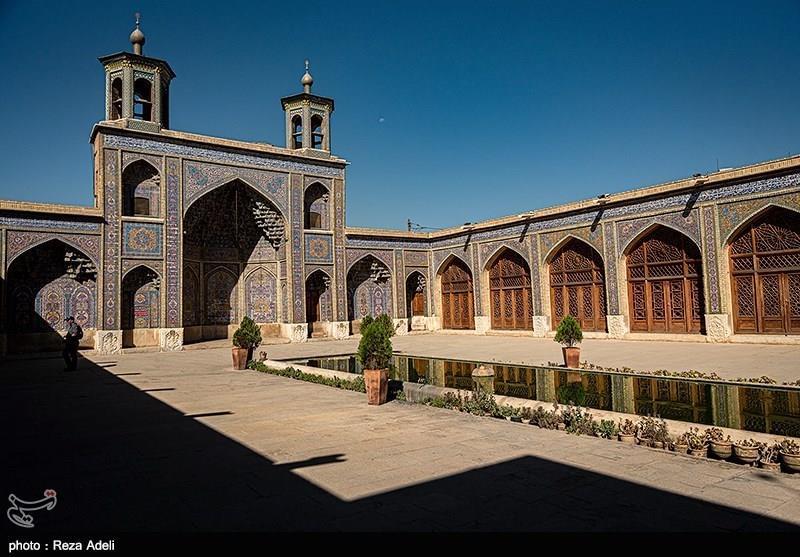 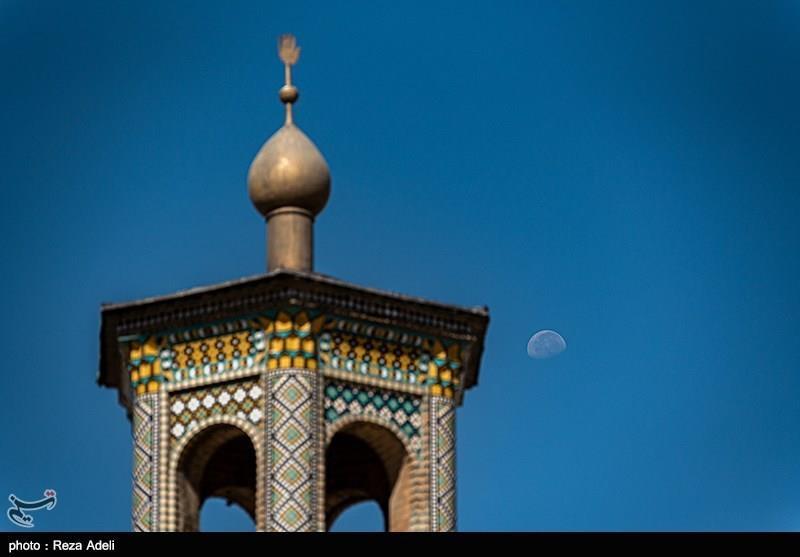 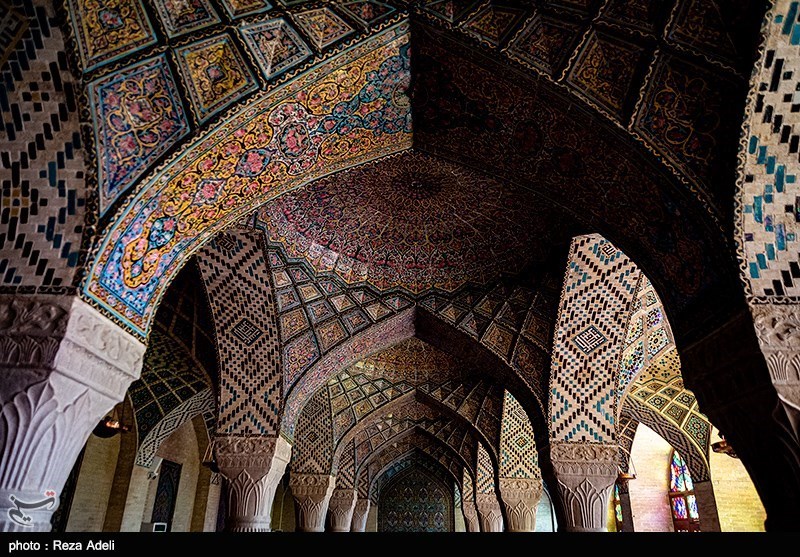 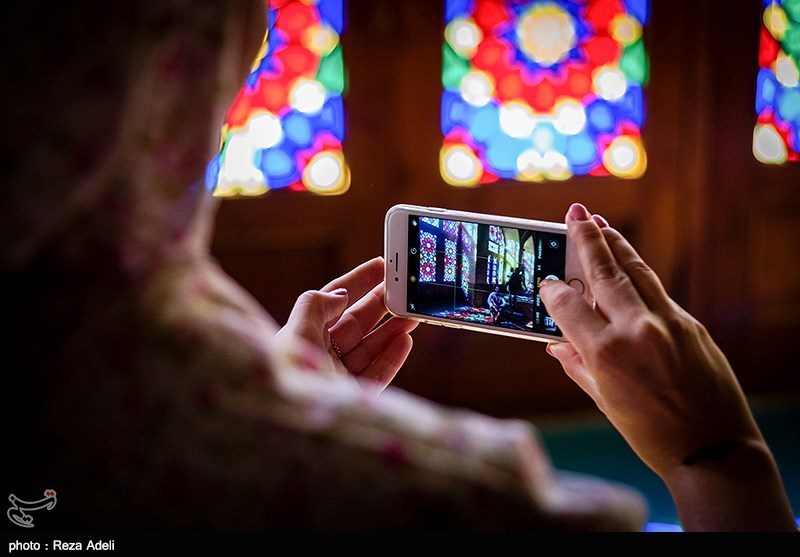 The perfect time to visit the mosque is the early hours of the morning when rays of the sun turn to a rainbow leaving a breathtaking effect of light on the exquisite rugs.

The mosque is named after Mirza Hasan Ali (Nasir al-Molk), a Qajar-era merchant who ordered its construction in close collaboration with Mohammad Hasan-e Memar and Mohammadreza Kashisaz Shirazi who were a designer and an architect respectively.

Shiraz, in many ways, embodies a wealth of tourist attractions in the country. The city houses countless unique religious, cultural, historical, and natural sites, in addition to being the capital of Persia during the Zand dynasty from 1751 to 1794. 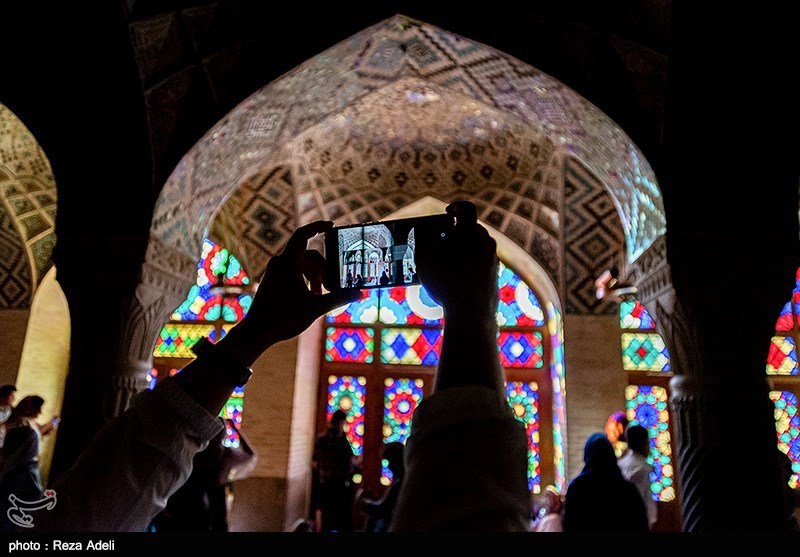 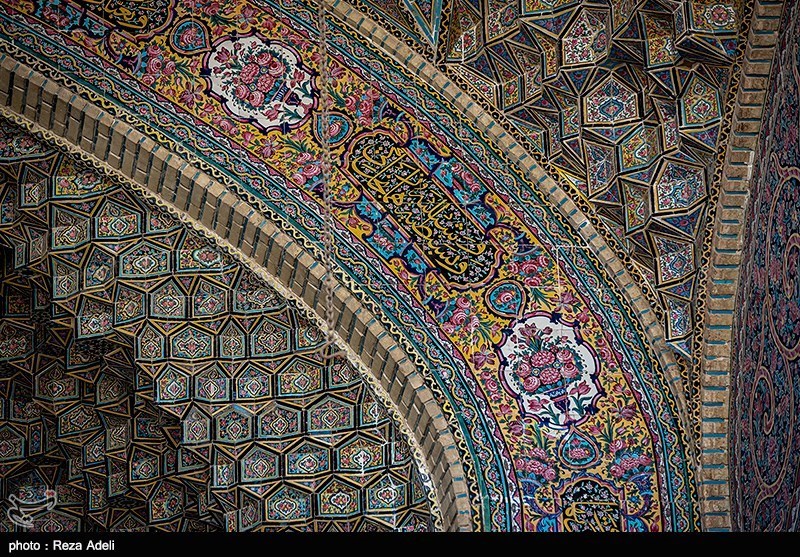 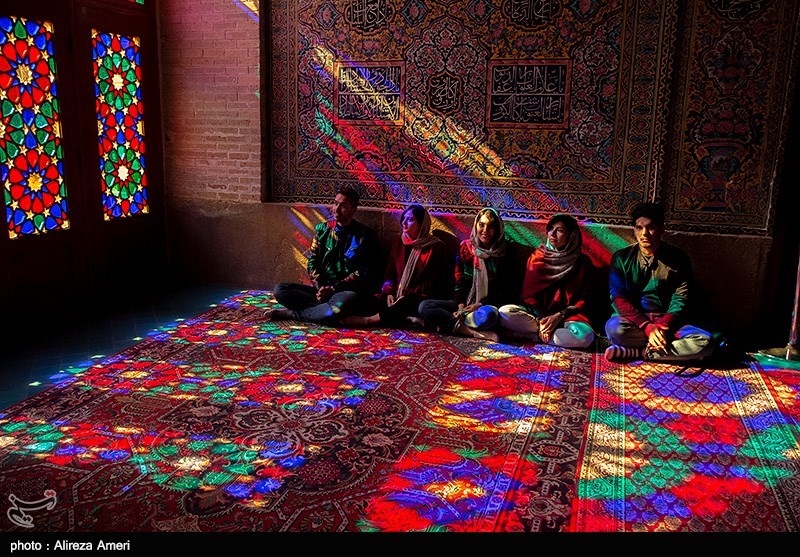 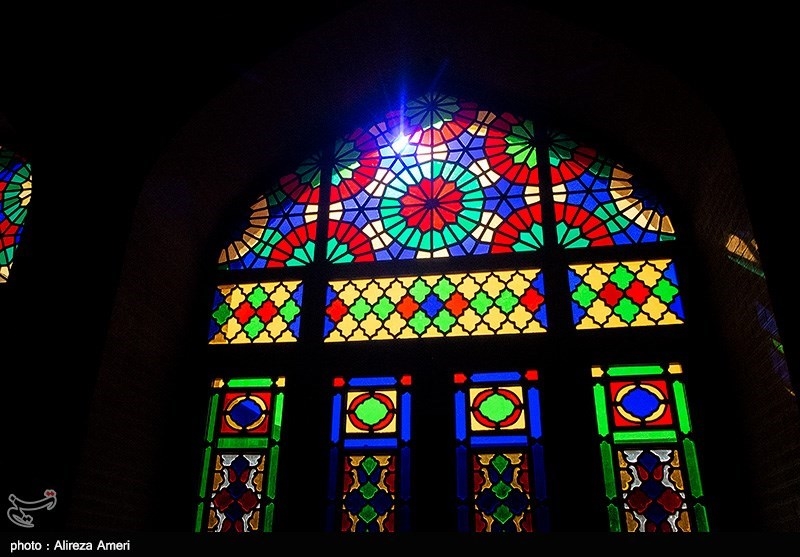 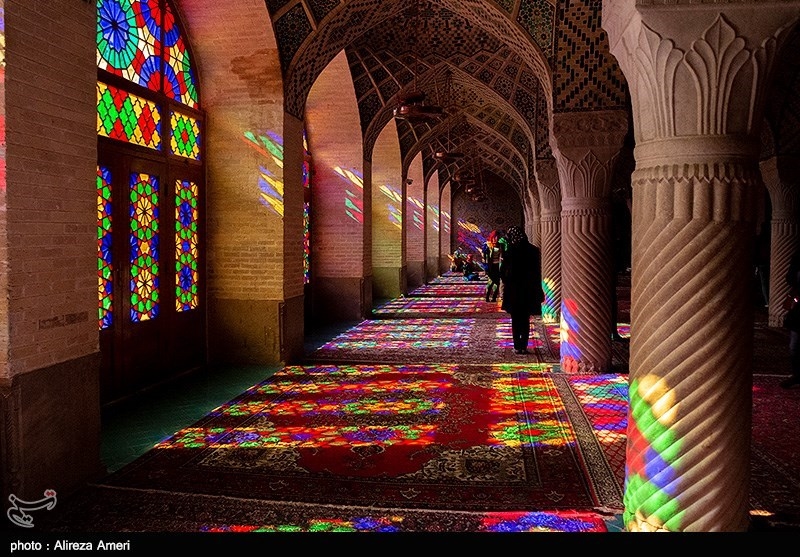 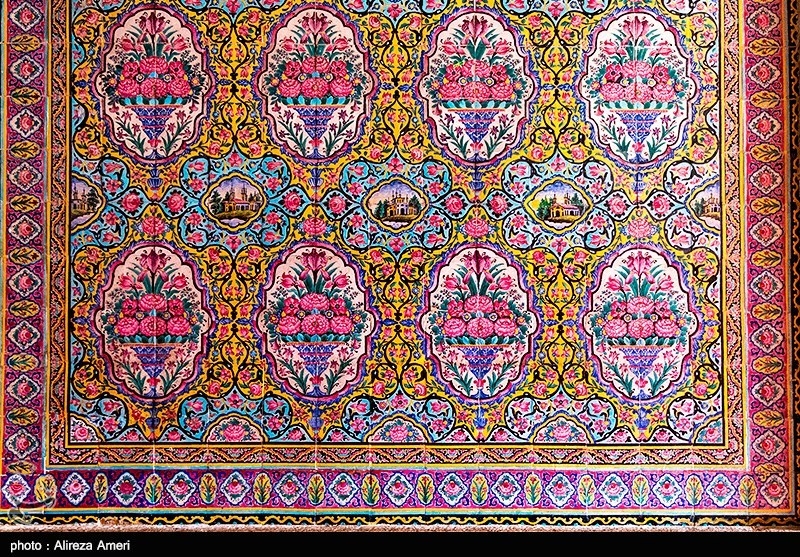 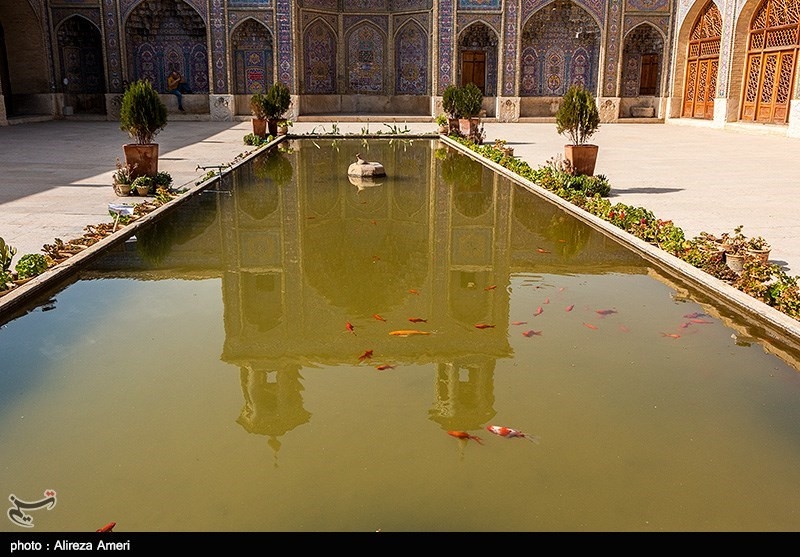 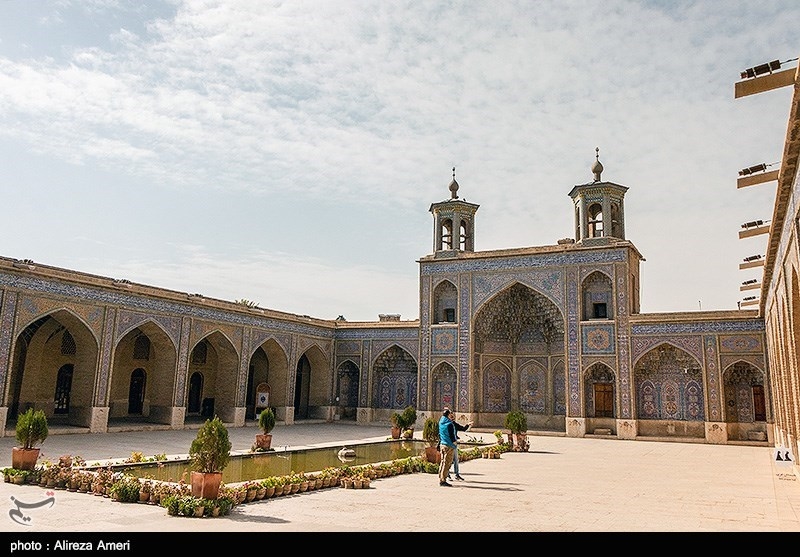 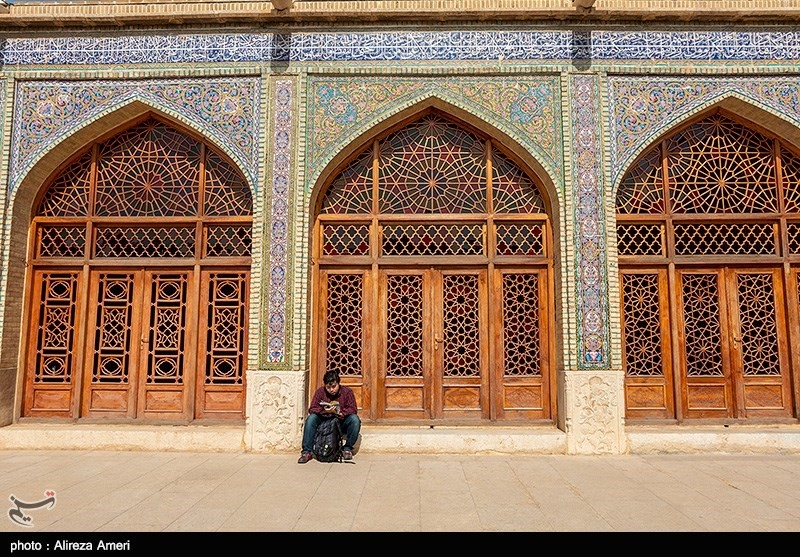 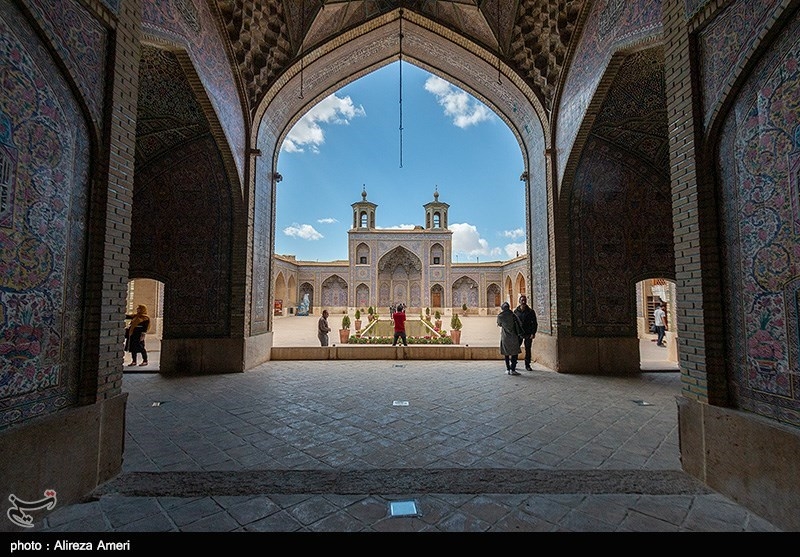