Furg Citadel: One of The Most Important Historical Fortresses in Iran

TEHRAN (Tasnim) - Furg Citadel, also known as Mirza Rafi’ Khan Citadel, is located in a land with cold-weather north to Furg Village, five kilometers from Darmian County and one hundred and ten kilometers west of Birjand, in South Khorasan Province.

The citadel is situated one thousand and eight hundred and forty meters above the ground, on the heights of Darmian Valley and foothills of Momenabad Mountain, which leads to Asadieh Plain.

Furg Village spreads over an area about one hundred and seven kilometers southeast of Birjand, on the foothills of Momenabad Mountain. It surrounds Furg Citadel. This citadel, the second most important base of the Ismaili military, after Alamut Citadel, is one of ten grand and valuable citadels of Iran that has been registered as a national heritage.

According to the historical findings available today, Furg Citadel was built during the reign of Nader Shah Afshar. It was built by Mirza Bagha Khan, the ruler of Darmian and Furg. Although there is evidence that proves it existed before Afshar dynasty. After Mirza Bagha, it was his son, Mirza Rafi’ Khan who finished the construction of the citadel. 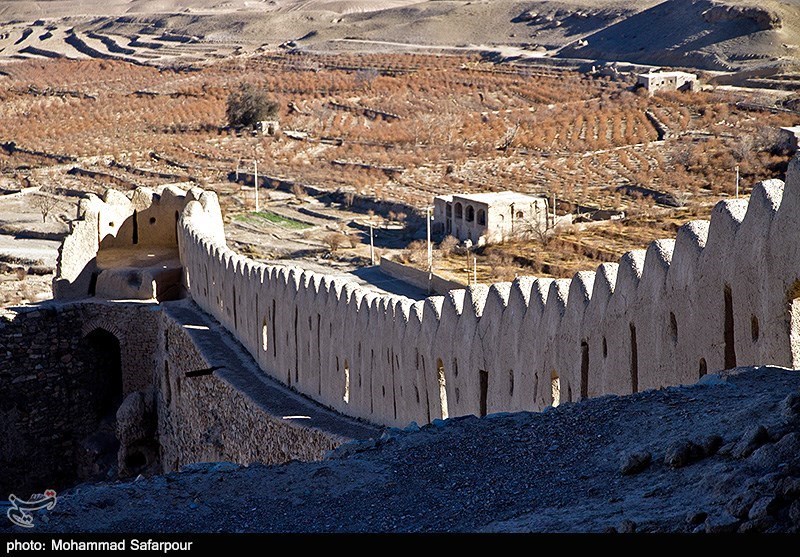 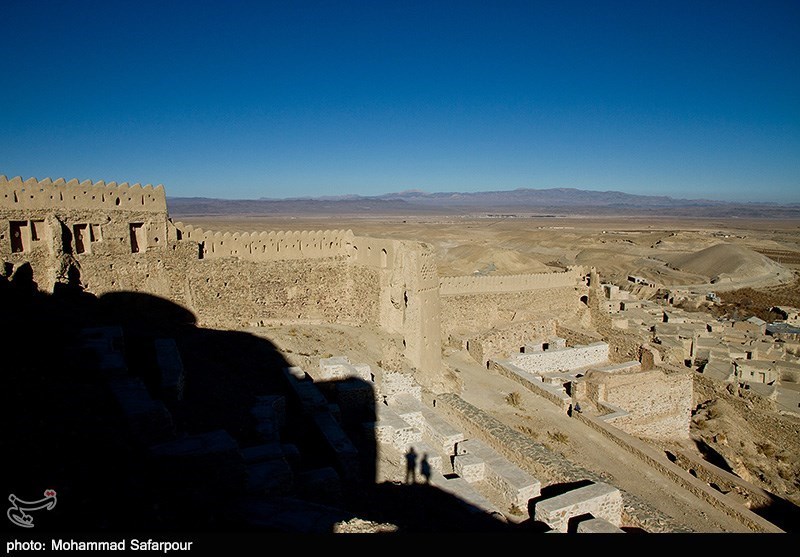 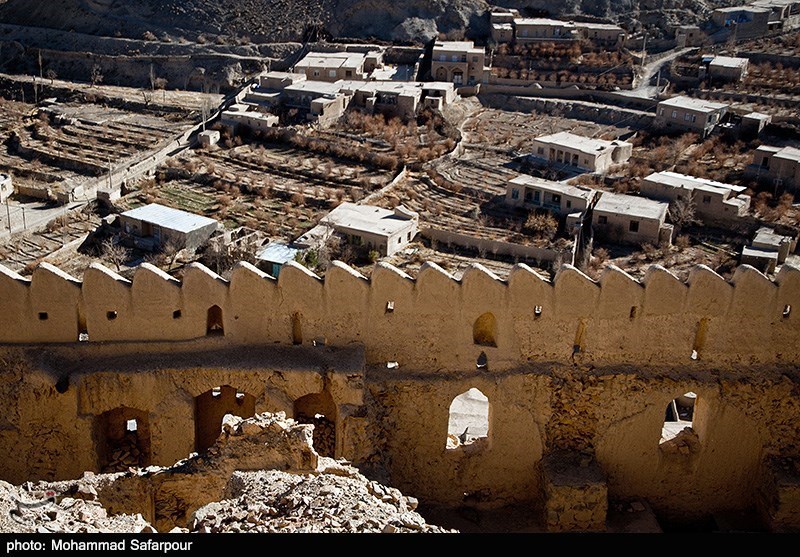 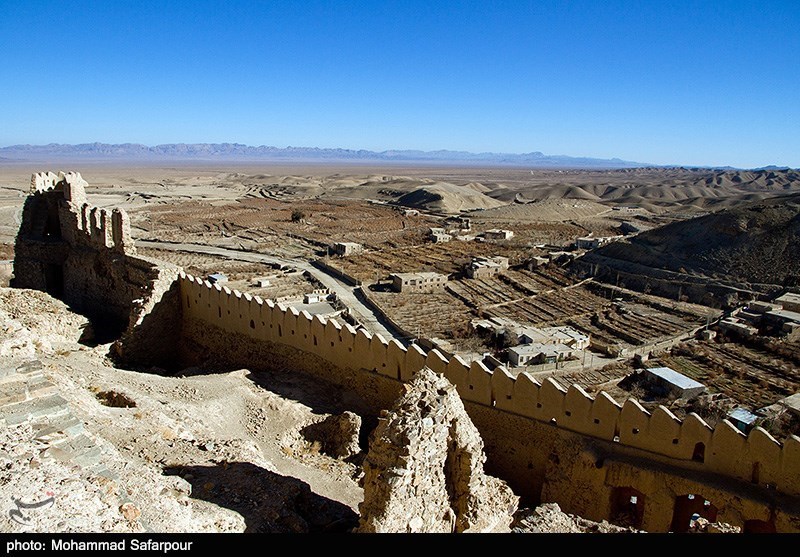 There is only one description written on Sarooj mortar of the Ab Anbar of the citadel that indicates the date 1181 SH. This text is related to the restoration, not the renovation, of the structure by Master Abu Saeed Jaziki during the early years of Qajar dynasty. It was during this restoration that the battlement and with its eight circular towers were repaired and added to it. Based on the architectural parts remained inside the citadel, it can be concluded that it has been restored many times and its area has been spread furthermore. The last phase of restoration belongs to Afshar dynasty.

The entrance gate of Furg Citadel has been built in its lowest point, in the eastern battlement. Guarding towers, storage of animals’ food, the servants’ chambers, the stables, and Ab Anbar is located in this section. There is a brick tower in the northwest side, decorated with Chalipa motifs, that people call Dovecote Tower. A bit further, where the land is higher, another structure has been built used as weaponry storage, barracks, and mosque.

In the westernmost and highest section of Furg Citadel Kohandej has been built. Kohandej, which is the royal residence of the complex, has two guarding towers, eight circular towers and is separated from the rest of the structure by a thick wall. Being restored during Afshar dynasty, this part has better conditions than the western sections. There are many parts built inside Kohandej including vestibules, corridors, storages, stables and guard towers. It originally had two stories, of which the second has been destroyed. There is a tunnel in this part that as well as being a secret passage for the time of the siege, was used to gather water. 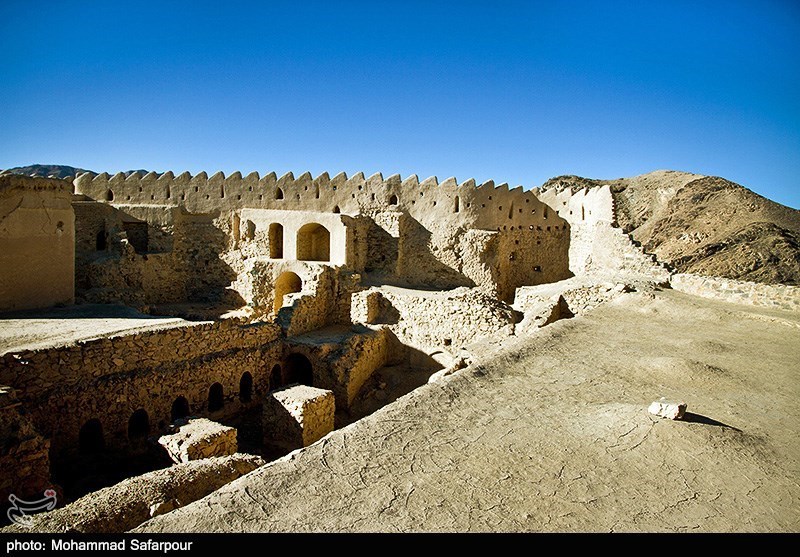 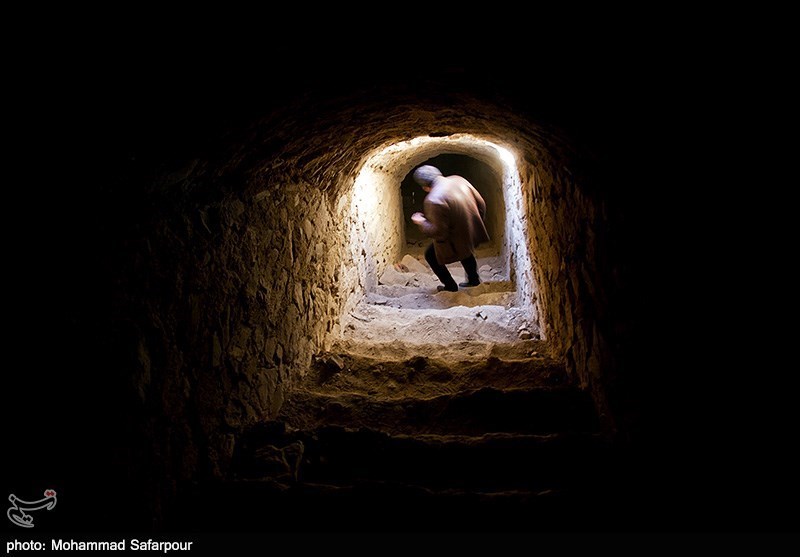 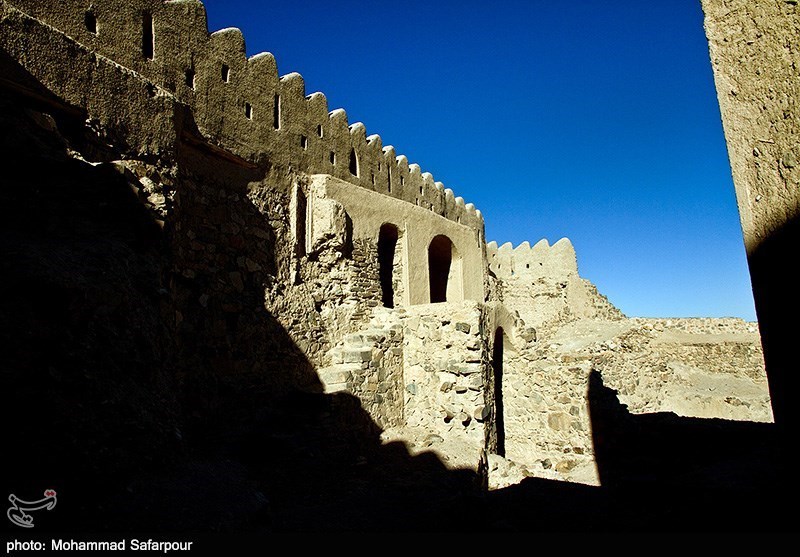