TEHRAN (Tasnim) – The Behistun (also spelt Bisotun, Bistoon, Bisitun, Bisotun) Historic Site is located in the northwest Iranian province of Kermanshah on a branch of the Aryan Trade Roads (also called the Silk Roads), a portion of which became the Royal Road of Darius I, the Great.

The primary scientific studies regarding the engravements and inscriptions of Behistun were made in 1835, by Henry Rawlinson, a young British officer. After which this research was carried on by several scientists who added their discoveries to this historical treasure. The text of this inscription was engraved in the breast of the mountain in 522 BC. By a decree from Dariush.

Bisotun relates to the war which lasted for two and a half years, between him and his opponents in order to gain power. Encircling the Bisotun impression is an epigraph in three languages, named as, the ancient Parsi, Elamite and a Babylonian dialect.

The Elamite text is to the right of the impression, the second to the left, running parallel to the Parsi text. Whereas, the Babylonian text stands above that of the second Elamite inscription. Additional and complete translations can be observed in the surroundings and to the right. 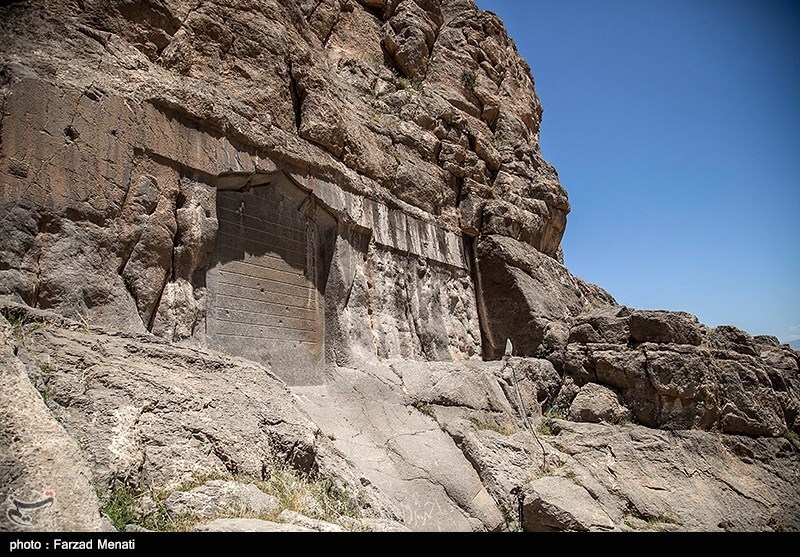 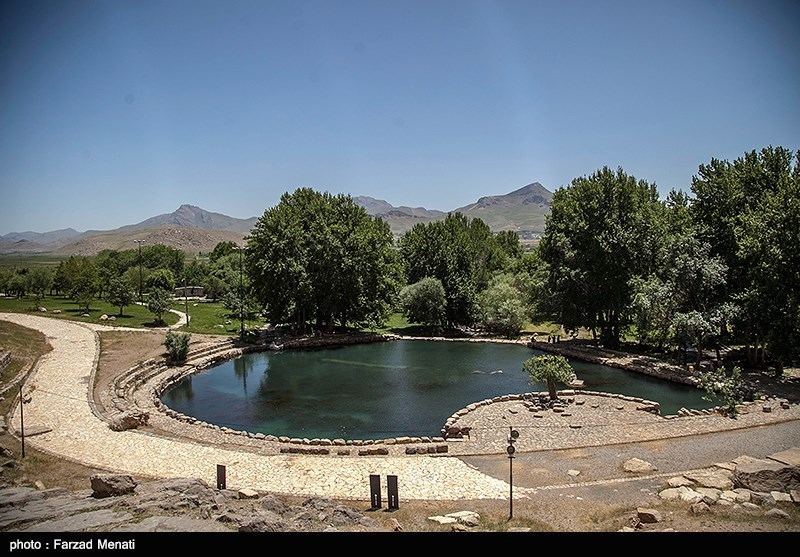 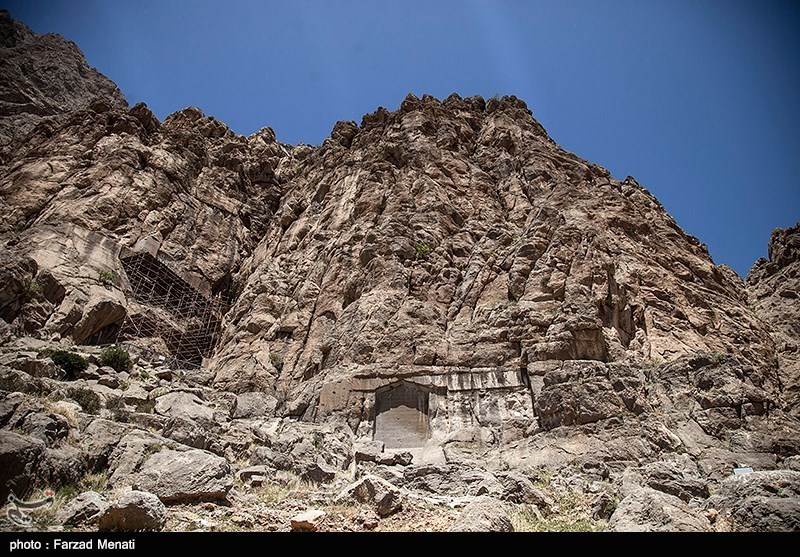 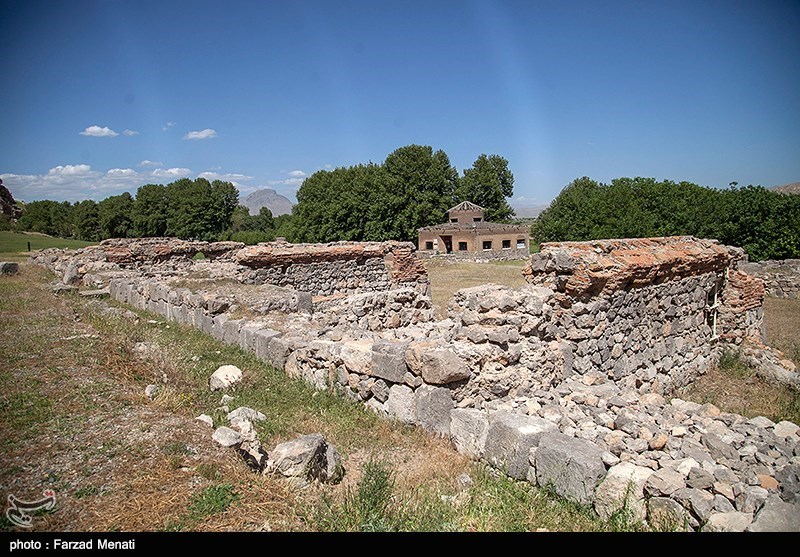 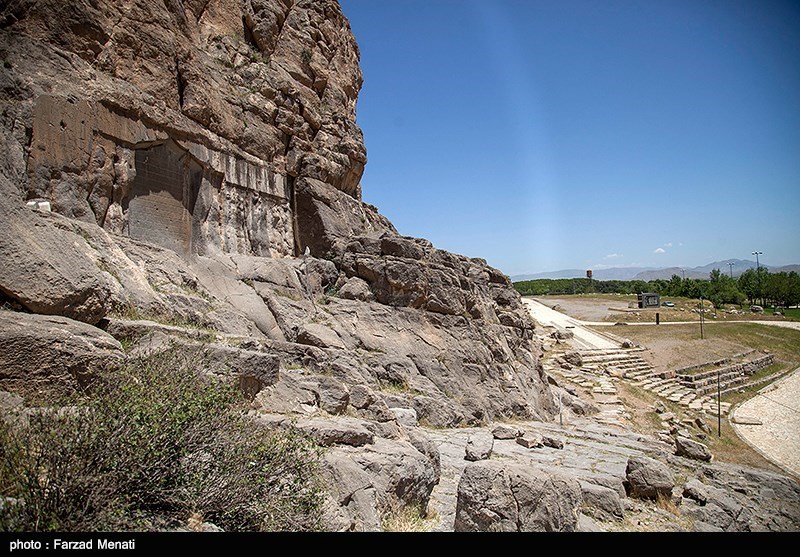 The ancient Parsi text is in 414 lines and engraved in a beautiful uniform script on a polished surface. In all the epigraphs of Dariush the Achaemenian begins with the phrase "King Dariush proclaims" and this is repeated throughout his decrees, emphasizing the grandeur and greatness of the power of this monarch. This sovereign owned his victory to Ahura Mazda and thus offered a religious effect to the epigraph to a great extent.

This view can be noted and brought to light especially in the fourth column of the inscription. The inscription is approximately 15 m (49 ft) high by 25 m (82 ft) wide and 100 m (330 ft) up a limestone cliff from an ancient road connecting the capitals of Babylonia and Media (Babylon and Ecbatana, respectively).

The inscription was illustrated by a life-sized bas-relief of Darius I, the Great, holding a bow as a sign of kingship, with his left foot on the chest of a figure lying on his back before him. The supine figure is reputed to be the pretender Gaumata. Darius is attended to the left by two servants, and nine one-meter figures stand to the right, with hands tied and rope around their necks, representing conquered peoples.

A Faravahar floats above, giving its blessing to the king. One figure appears to have been added after the others were completed, as was Darius's beard, which is a separate block of stone attached with iron pins and lead. 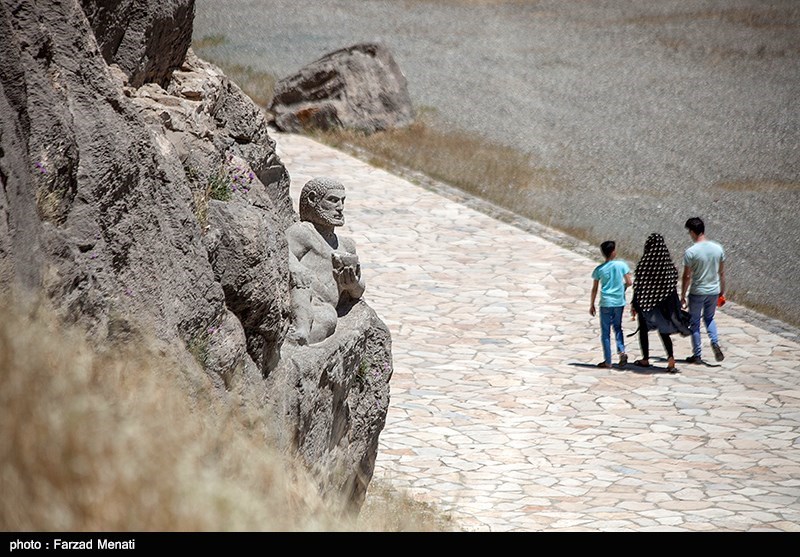 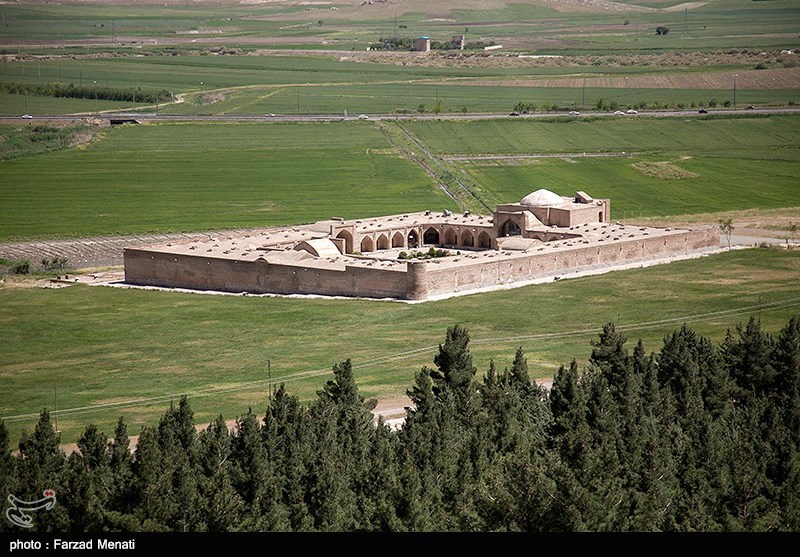 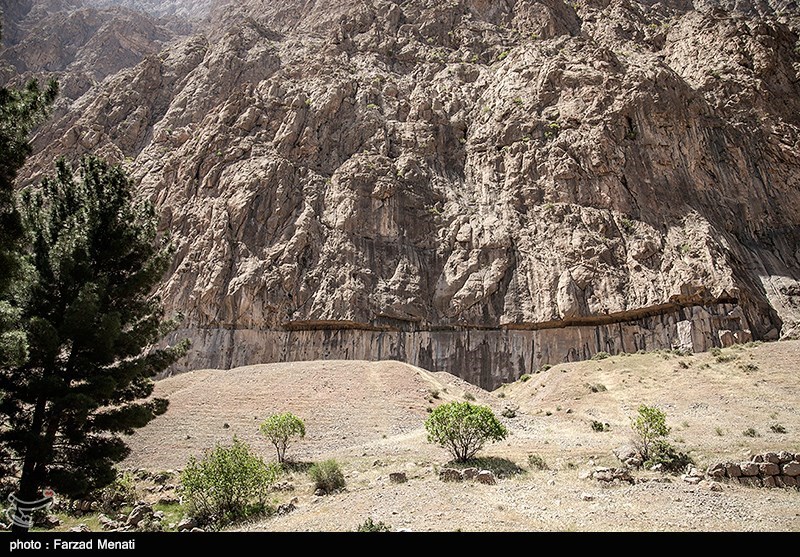 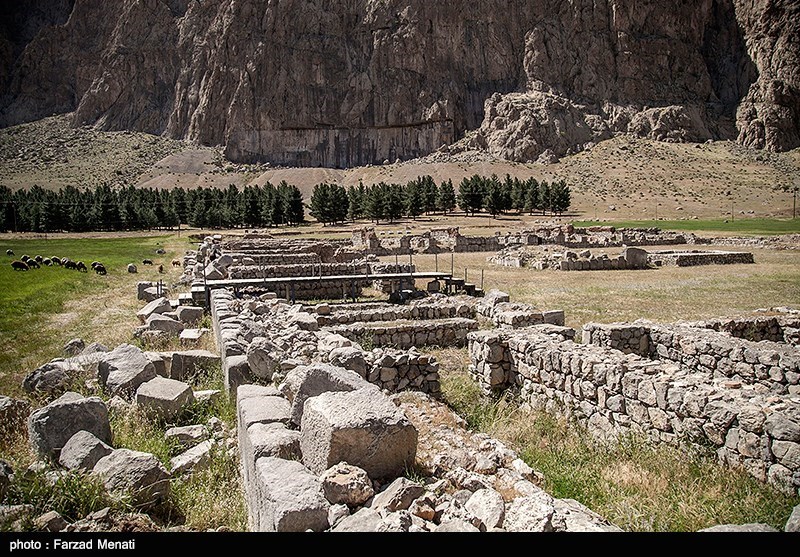 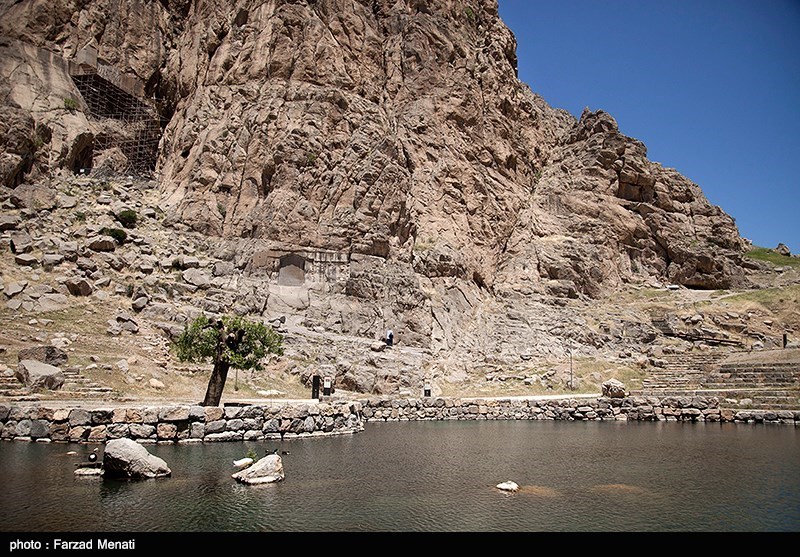 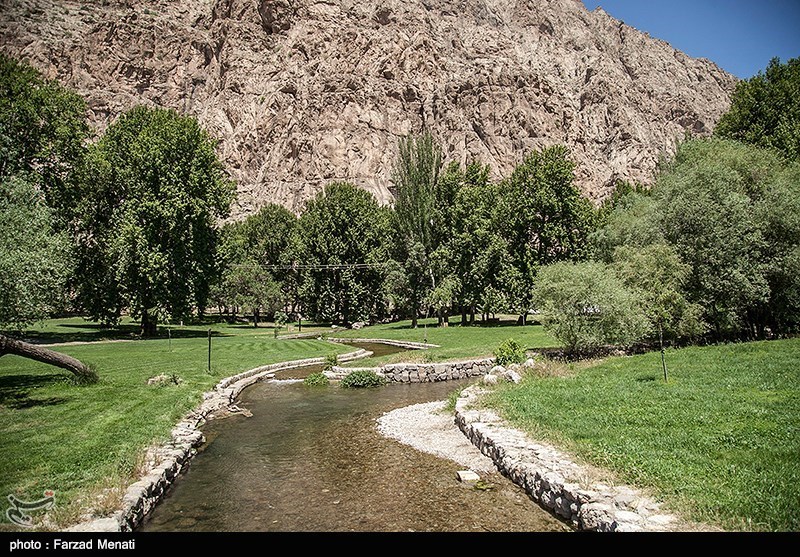 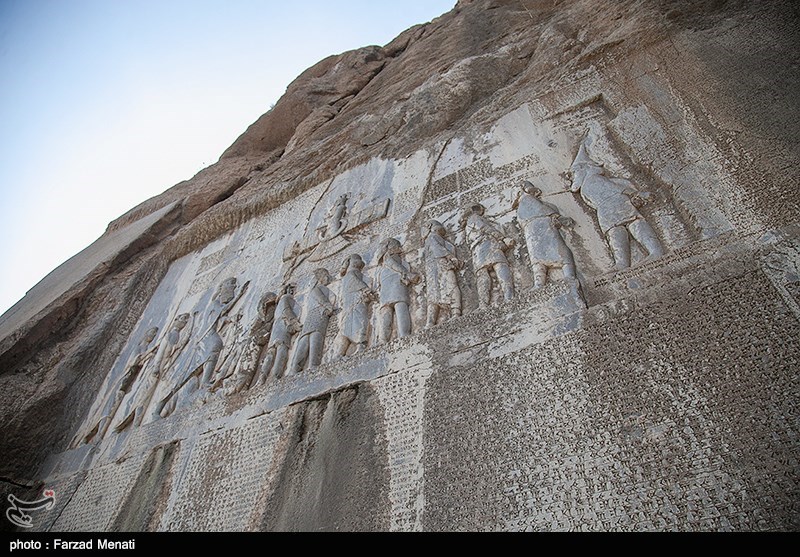 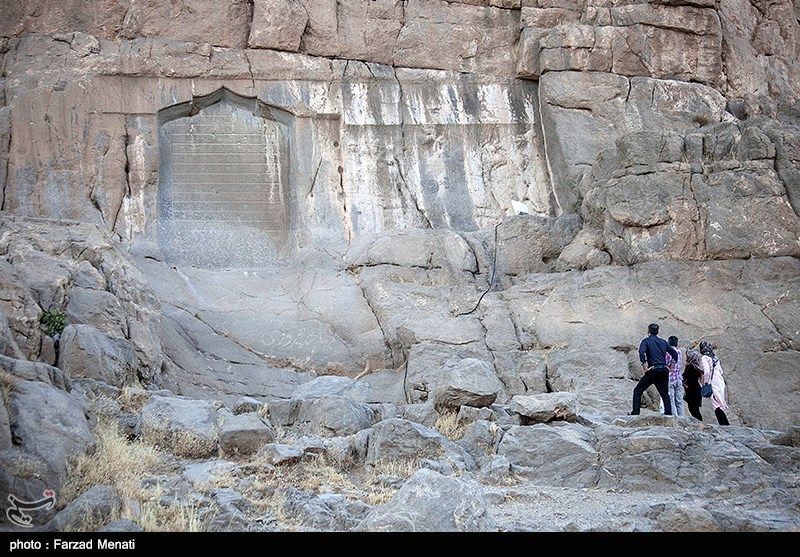