TEHRAN (Tasnim) – The Karim-Khan Castle is a citadel located in the downtown Shiraz, southern Iran. It was built as part of a complex during the Zand dynasty and is named after Karim-Khan, resembling a medieval fortress.

At times, the citadel was used as a prison. Today, it is a museum operated by Iran’s Cultural Heritage Organization. Karim-Khan Castle is also known as Arg-e Karim-Khan, Arg-e Karim-Khani, Karim-Khans’ castle or citadel of Karim-Khan.

Arg-e-Karim-Khan was built in (1766-7). Karim- Khan invited the best architects and artists of the time and bought the best materials from other cities and abroad for the construction of the citadel of Karim-Khan, which was quickly constructed. During the Zand dynasty it was used by the king as living quarters. During the Qajar period it was used as the governor’s seat.

Prince Abdol-Hossein Mirza Farman-farma, governor of Fars Province, ordered the miniatures in the citadel to be renovated. After the fall of the Qajar Dynasty it was converted into a prison and the paintings were plastered over. In 1971 it was given to Iran’s Cultural Heritage Organization. The renovation of the citadel was started in 1977.

This tiled work had been added to the citadel in Qajarieh era. Inside the beautifully decorated rooms of this section, attractive wax statues revive the setting inside the court of Karim-Khan where he met with officials and ruled over the territories under his domination. Adjacent to this mail room, sometimes a couple of other rooms are opened to the public to see the local costumes of Iranian women of various ethnic groups. The colorful gowns seen here are still worn by local people when you travel to different parts of Iran. The iwans lead to other rooms and the upper floor. 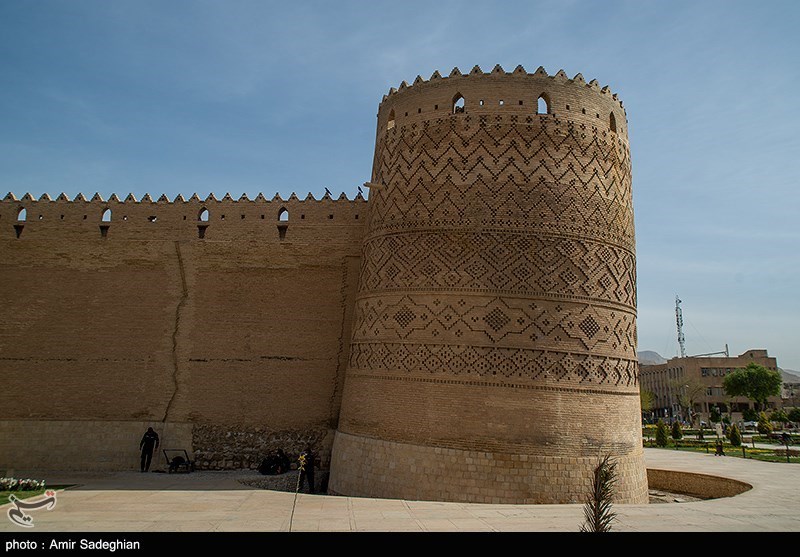 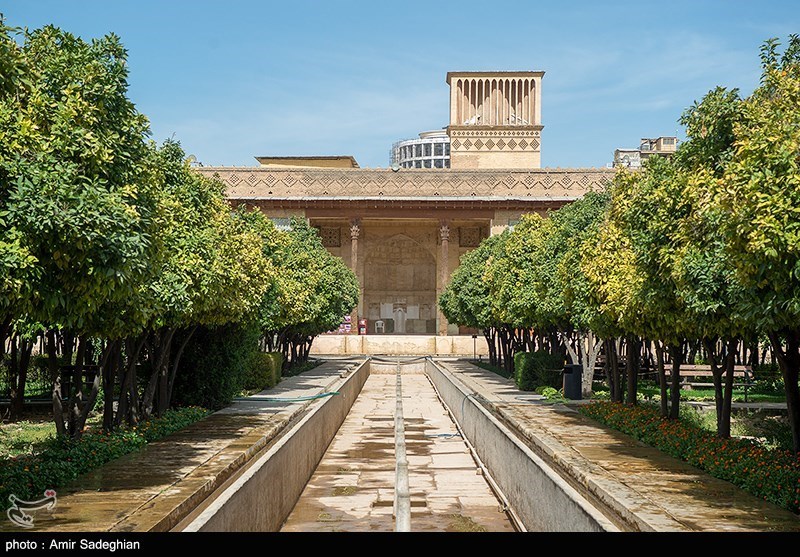 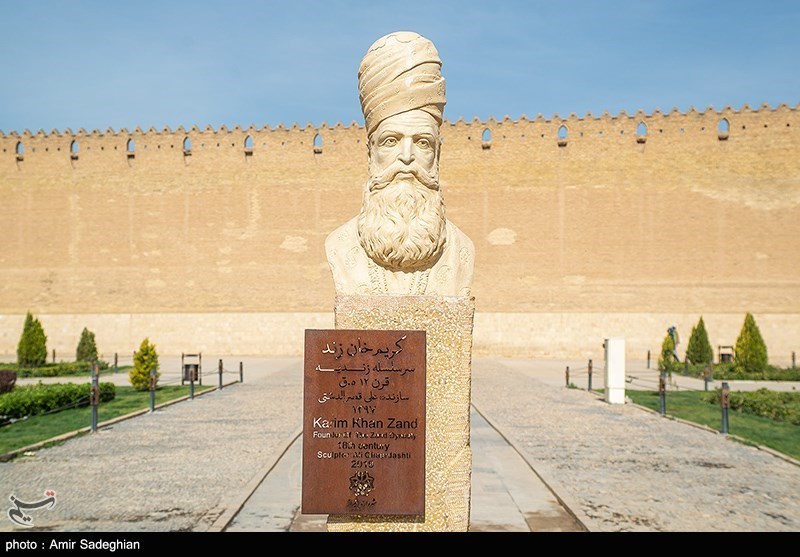 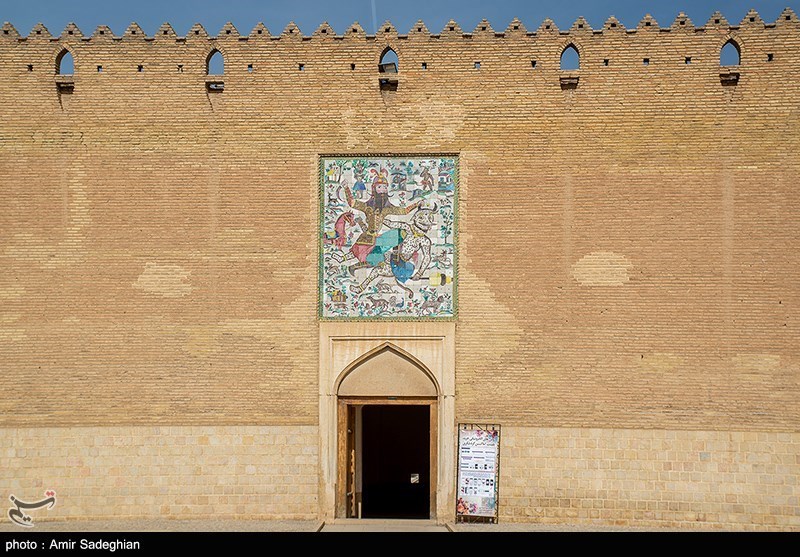 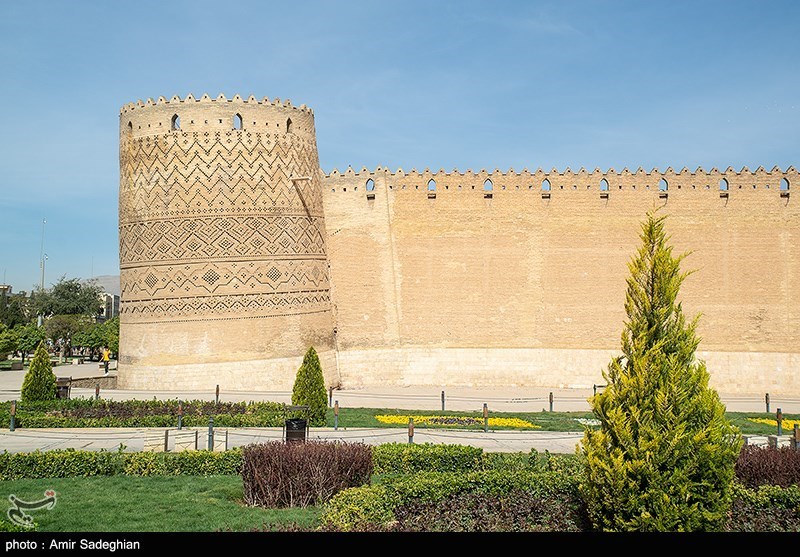 The iwans and rooms are beautifully decorated and have Persian architectural elements like Muqarnas, stucco works, etc. to amaze visitors. On the very south eastern corner of the courtyard, there’s a door that leads to the Arg-e Karimkhani’s bathhouse (Hammam). This eye-catching bathhouse has got all the architectural sections of any similar structures, which make it worth to visit. The simple yet likable plasterwork decorations on the walls of this Hammam, imply the love in flowers and nature, what Shirazi artists have always been inspired by.

Marble floors and seats, insulated pools for hot and cold water, clay-made pipes for heating beneath the floors and transferring water, and so forth are all observable and the echo returning your voice inside the big hall of this Hammam reminds you of the lively setting of old bathhouses where royal family met and had themselves washed and massaged by the servants. 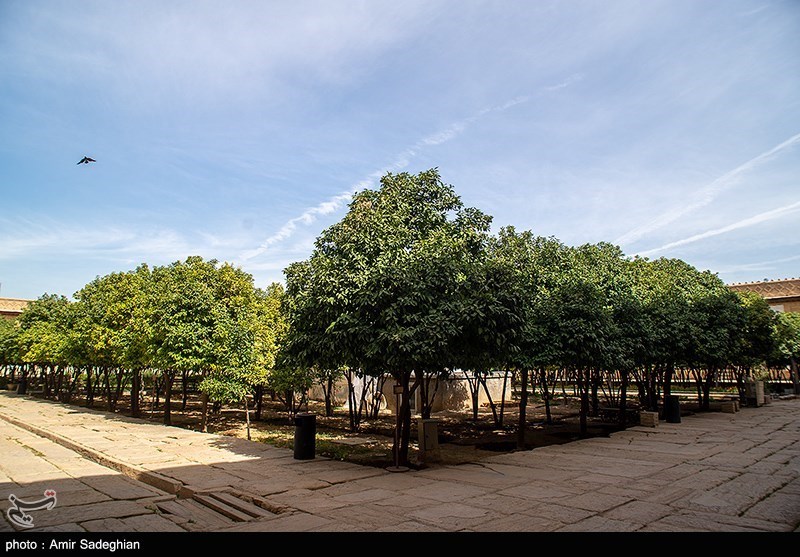 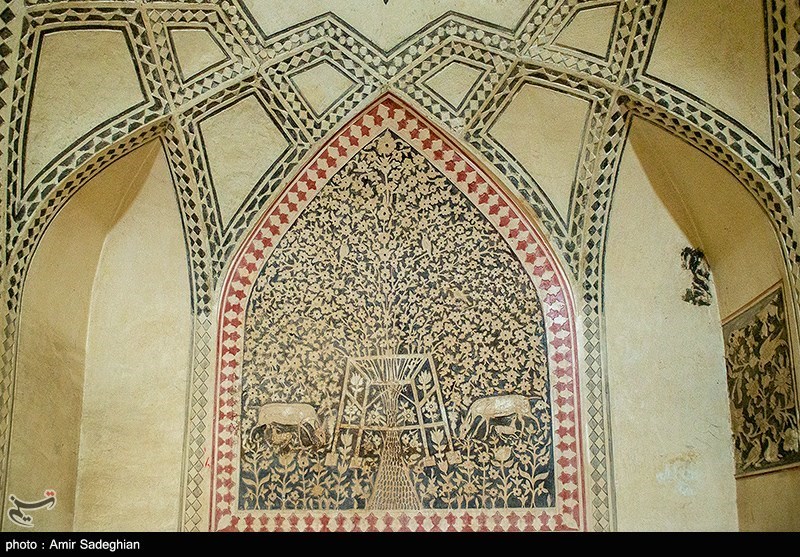 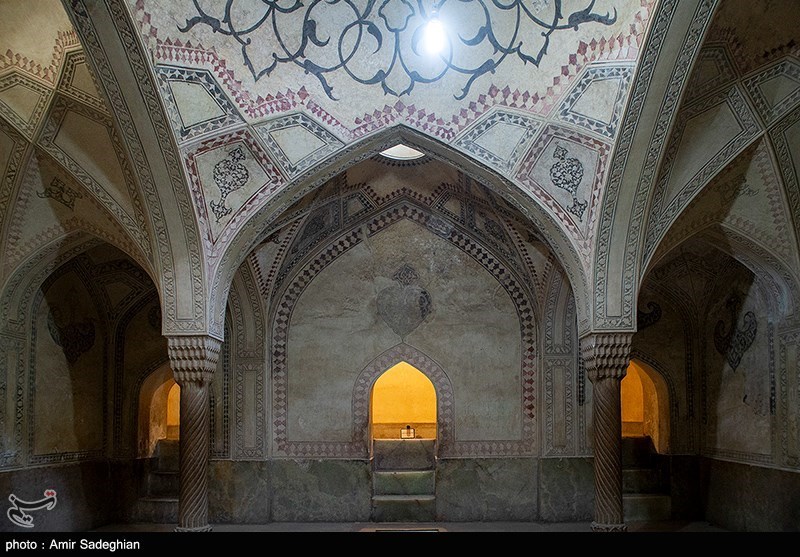 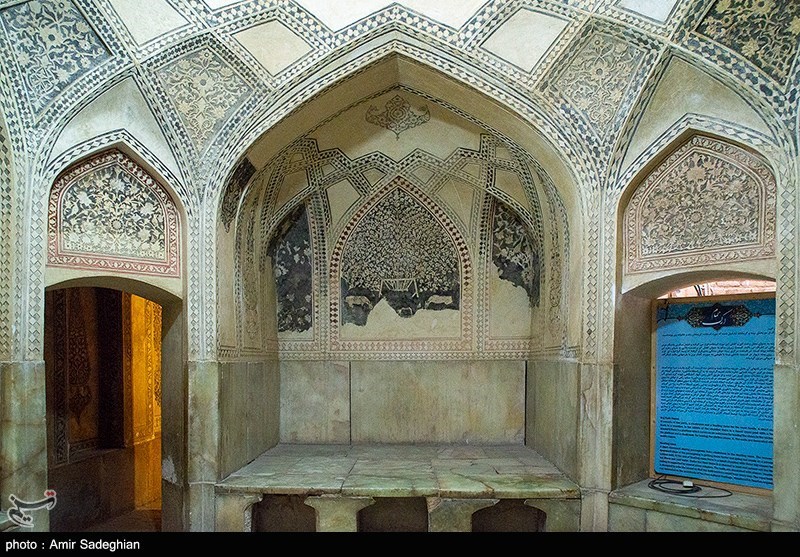 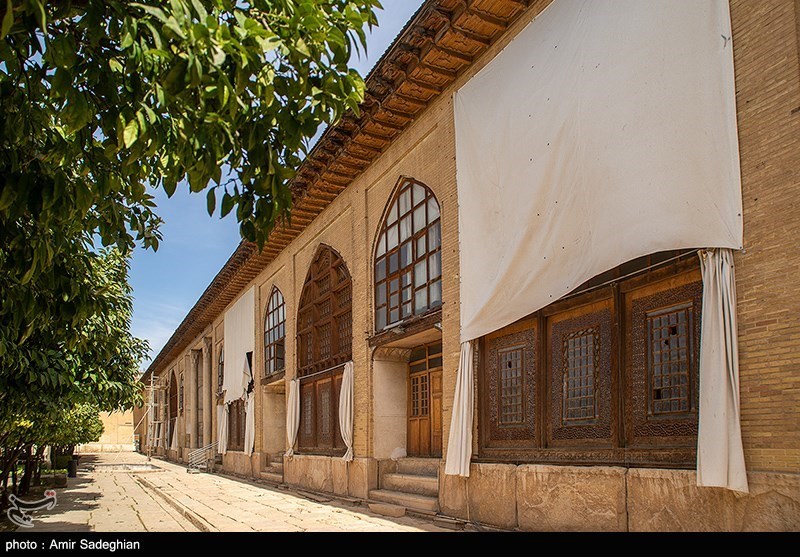 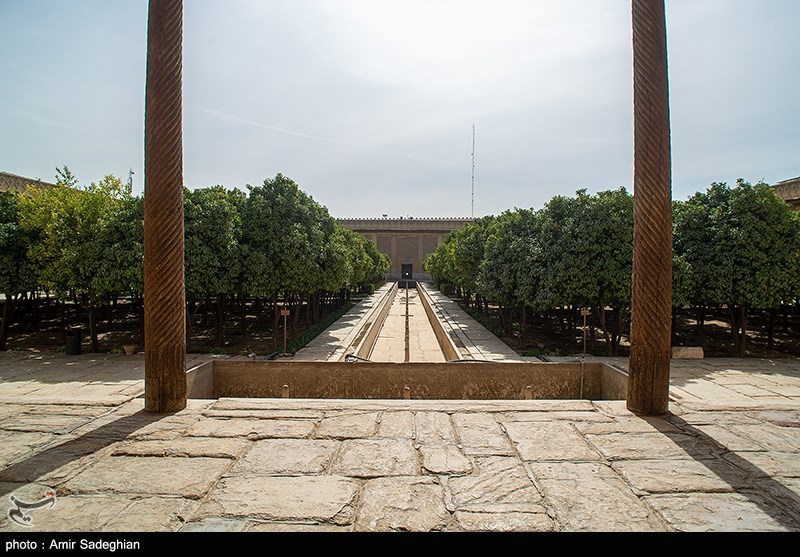 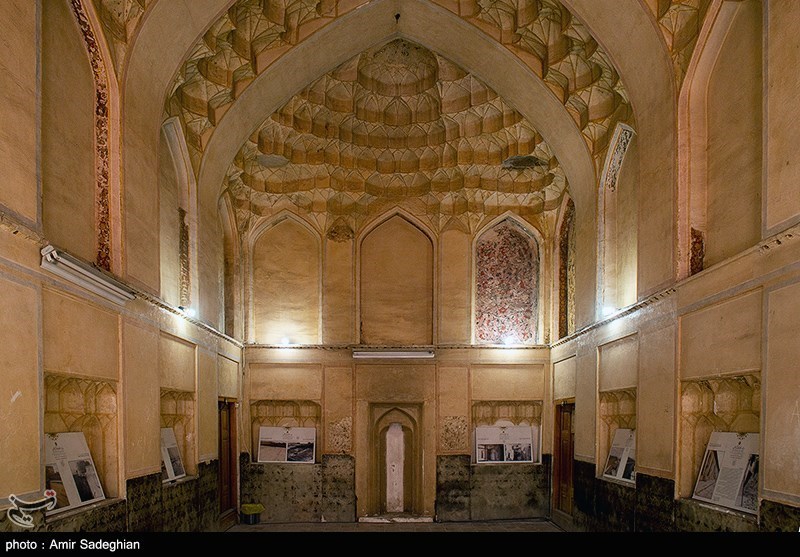 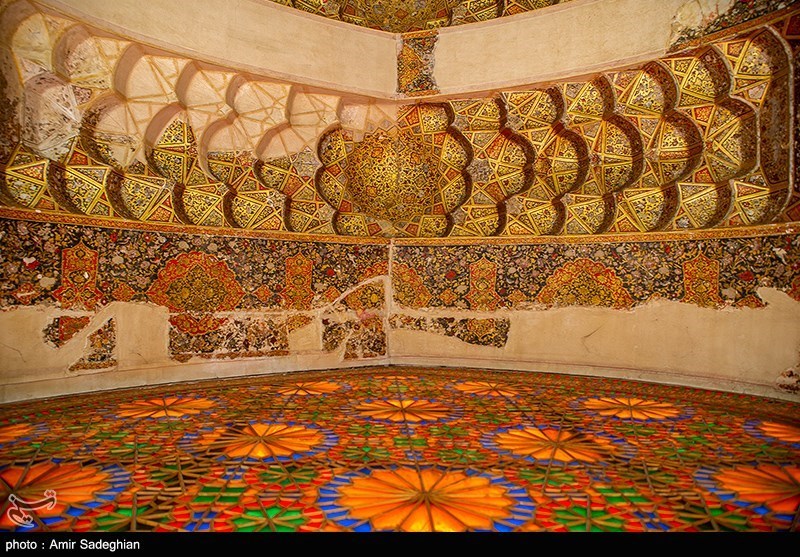 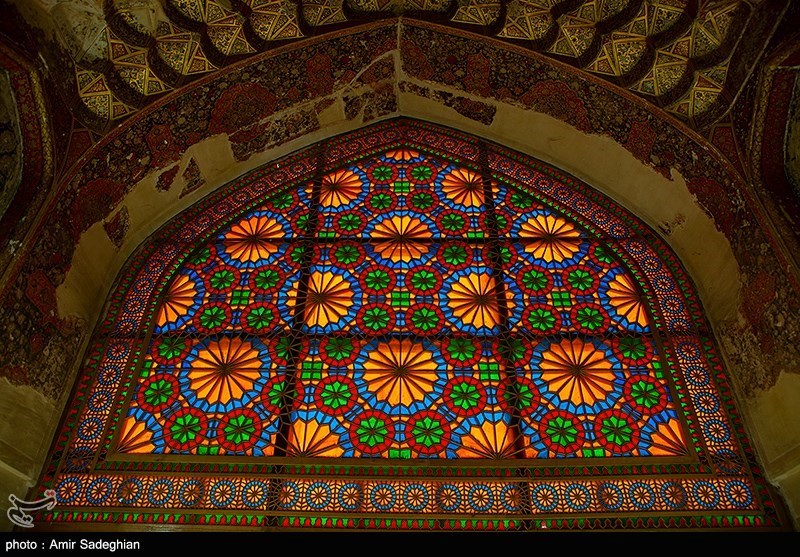 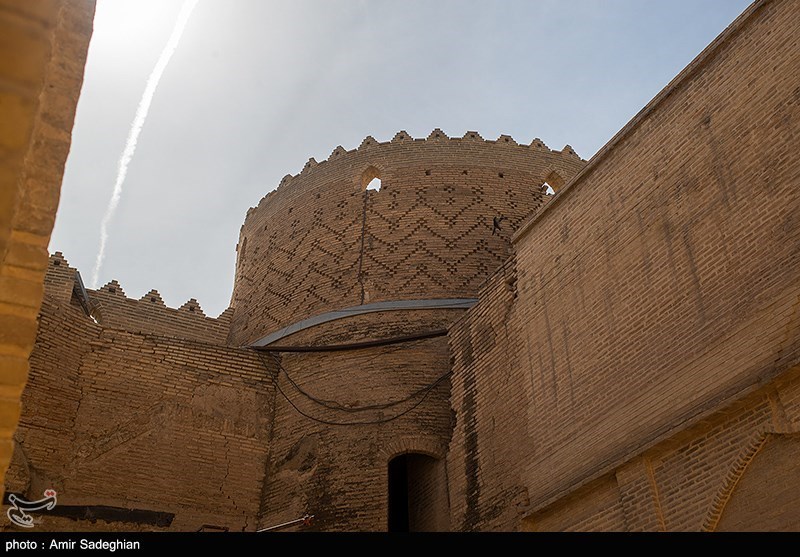