TEHRAN (Tasnim) – The secretary of the Security Council of Armenia categorically rejected plans for the creation of new corridors in the southern parts of Caucasus after the most recent military conflict with the Republic of Azerbaijan.

In an interview with Tasnim in Yerevan, Secretary of the Security Council of Armenia Armen Grigoryan said the latest war on the Nagorno-Karabakh region paved the way for the presence of terrorists in the region.

Voicing concern about the insecurity caused by the presence of terrorists and the armed forces of certain countries in the region, he said, “We have always warned others against these issues. But these warnings given by Armenia did not help in preventing terrorists and armed people from entering the region.”

Grigoryan said the issue of unblocking the roads and economic routes of the region has been cited in the November statement and has also been discussed in the trilateral meeting among the leaders of Armenia, Russia and the Republic of Azerbaijan, held in Russia on January 11.

“I’d like to emphasize confidently that neither the two statements nor the meetings have made any reference to the corridor,” the Armenian official stated.

On the contrary, he added, the Republic of Azerbaijan has announced several times that the creation of the corridor has been mooted. 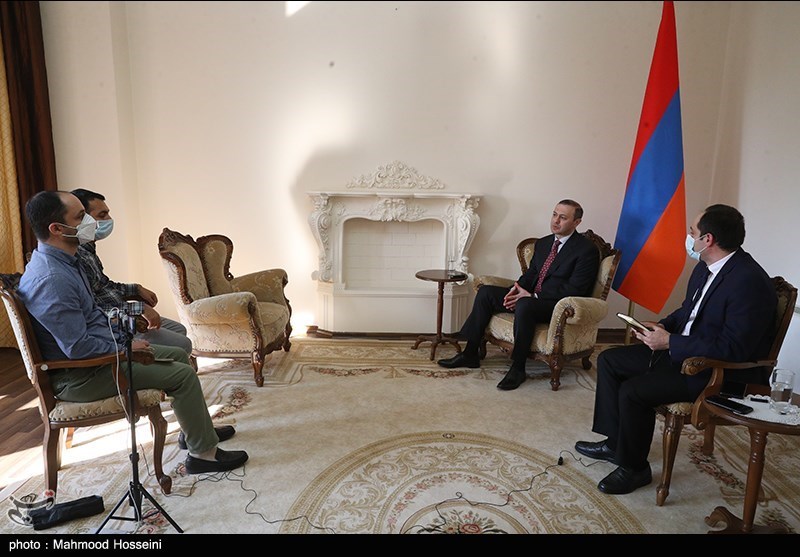 The secretary of the Security Council of Armenia noted that he has reiterated Yerevan’s stance on the issue in meetings with his counterparts and colleagues.

Before the elections in Armenia and during an election campaign in Kapan, Armenia’s Prime Minister Nikol Pashinyan made it clear that there would not be any talk of creation of a corridor, he added.

“You know that we won the majority vote of people in the most recent elections. It indicates that our stance and policy have been accepted and comprehended by the Armenian society and they (people) support our stance. They too have realized that there is no talk of the corridor and this issue has been understandable in our society,” Grigoryan added.

The official also expressed Armenia’s readiness to open its routes for transportation between the Republic of Azerbaijan and Turkey, but underscored that the routes are wholly placed under sovereignty of the Republic of Armenia.

Iranian FM in Russia for Coordination on Caucasus

Iran Warns of Spread of Terrorism in Caucasus

Iranian FM in Russia for Coordination on Caucasus

Iran Warns of Spread of Terrorism in Caucasus

More US Officials, Commanders Blacklisted by Iran for Involvement in Gen. Soleimani Assassination

Preparations Made for Iranian President’s Visit to Russia