TEHRAN (Tasnim) – One of the traditional decorative and applicable handicrafts of Iran is “Gereh Chini”, literally meaning arranging the knots, that is the art of laying finely cut pieces of wood on a surface based on a specific design.

Geometric knots that are beautifully and rhythmically repeated are considered an essential part of Gereh. The beginning of Gereh Chini has not been dated exactly, but the Seljuk dynasty is known to be the first time this craft was used and Isfahan is its birth place.

Safavid dynasty is known to be the time Gereh flourished. For Gereh Chini, pieces of wood are used in their raw color and no paint is added. According to masters of this art, plane tree is the best wood to make Gereh.

However, wood from other trees such as walnut, beech, morus, almond, silverberry, zelkova, pear and jujube are also used to make structures such as doors of shrines, pulpits, doors and windows, frames, tableaus, dividers, covers for tables and many other decorative objects.

There are seven kinds of knots or Gereh: Tond, Kond, Shol, Kond o Shol, Pili and Doroodgari and each of them have various backgrounds and designs. Gereh Chini can be divided into three groups: 1. All wood 2. Moshabbak (lattice trelliswork) and 3. Orosi or Sash window. Orosi are a kind of windows made by Gereh and color glasses. They are specifically beautiful and were most used during Zand and Qajar dynasty. In terms of artistic aspects, Orosi has a great importance. 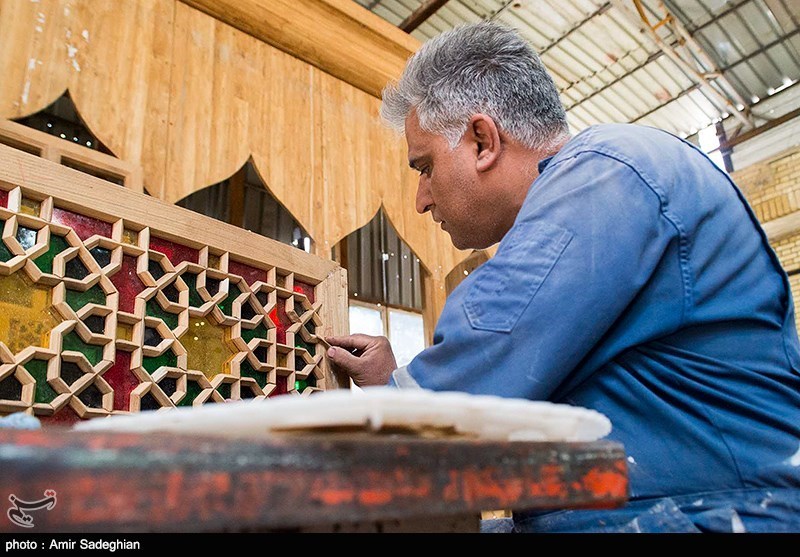 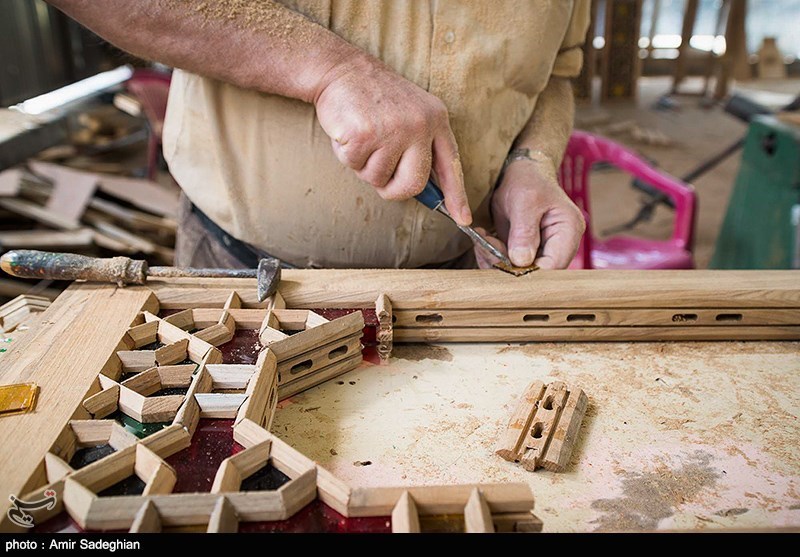 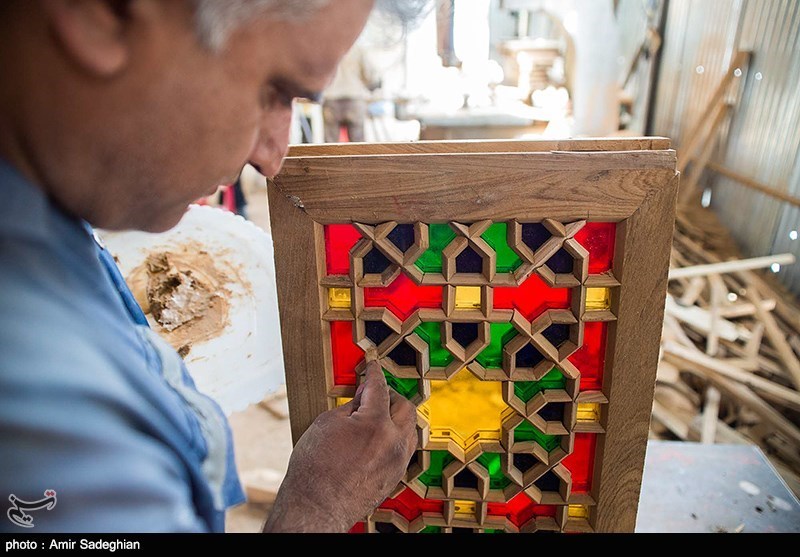 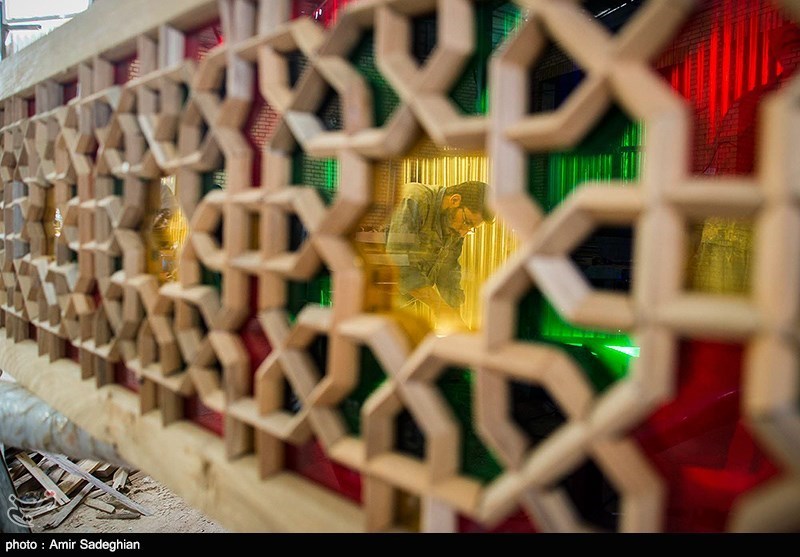 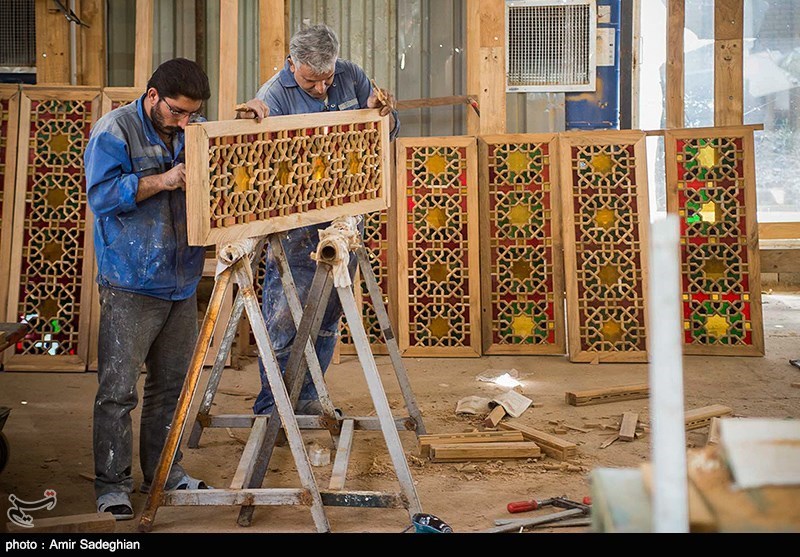 In the art of Gereh Chini, the Gereh or knot is, in fact, intersections of pieces of woods that have been attached by locking in each other and create delicate designs. The finer the wood pieces, the more valuable the product. Using tongue and groove joints make Gereh Chini pieces endure in different climate of Iran. That is the reason we can find Gereh Chini artworks in many historical buildings.

One of the best remaining examples are Chehel Sotoon (literally Forty Columns), Hasht Behesht (literally Eight Heavens), and historic houses like Alam’s House and Shekh ol-Islam in Isfahan. There are also House of Tabatabaei in Kashan, Abbasian, Boroujerdi, Golestan Palace and other such buildings in Yazd and Tehran. Today, there are Gereh Chini workshops in Tehran where this craft is still practiced.