Four divisions of the Iranian Army, namely the Ground Force, the Navy, the Air Force, and the Air Defense, held military parades in the presence of President Ebrahim Raisi in Tehran to mark the National Army Day.

One of the major achievements put on display during the parade was the new generation of Ababil drones, named Ababil-5. 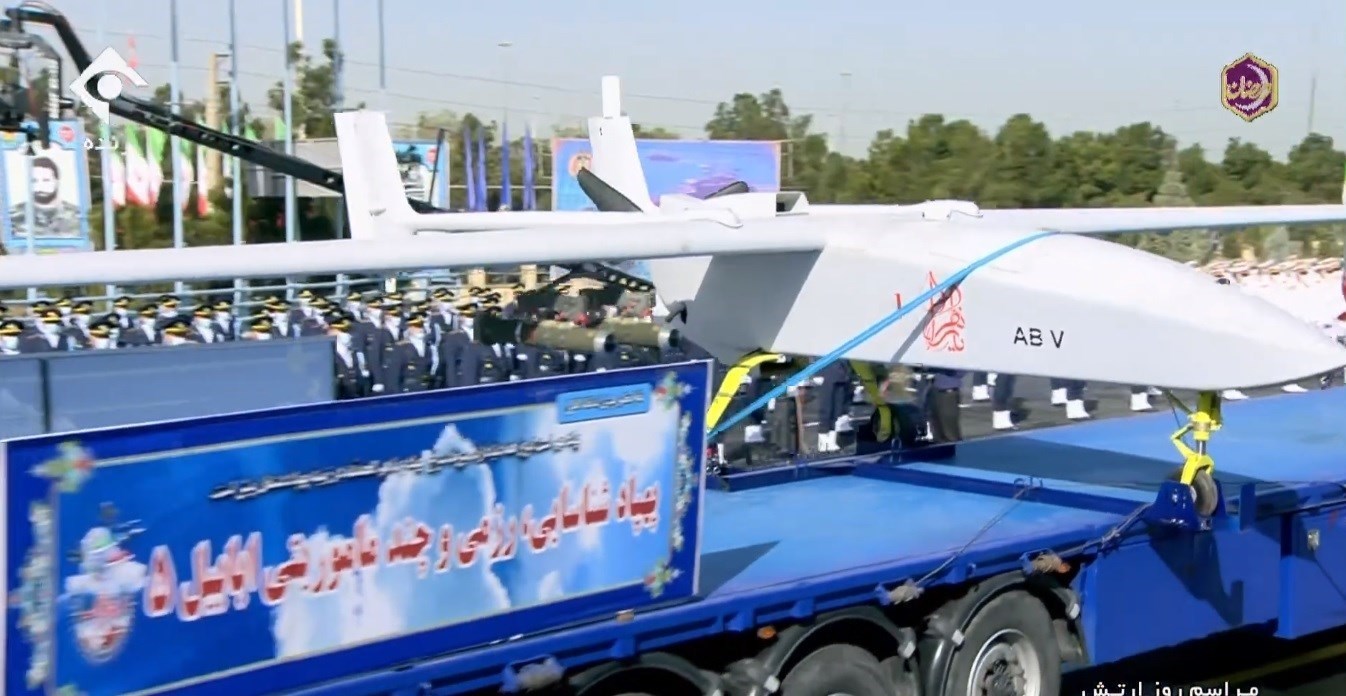 At least three Ababil-5 drones were displayed in the event, one equipped with 4 Almas (diamond) missiles, another one carrying three Qaem bombs, and the third one armed with a heavy Qaem-class bomb. 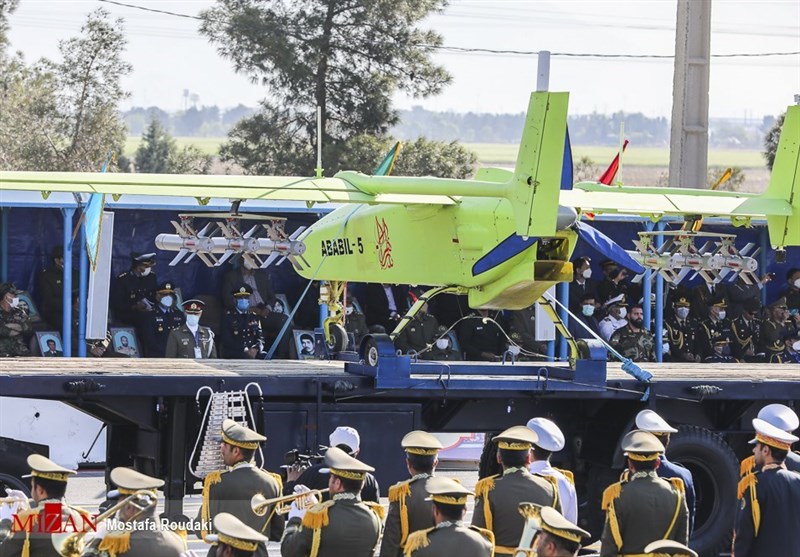 Omid, which has joined the club of Iranian suicide drones such as Arash, Kian and Karrar, could be flown from both ground and offshore launchers. 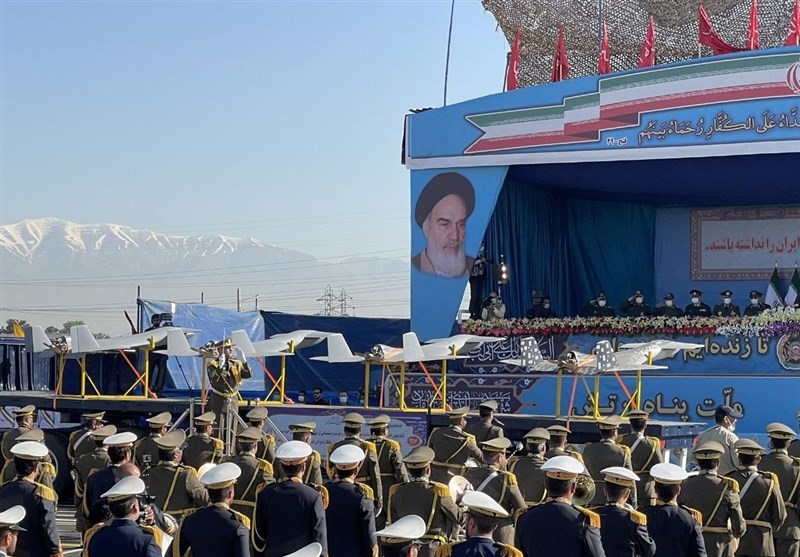 The Army also unveiled three missile systems in the event.

One of them is Fath-360 ground-to-ground missile system, adapted to fire Naze'at rockets.

The Iranian Fath missile weighs 790 kg and can carry a 150-kg warhead with a velocity of Mach 4 at a distance of 120 km. 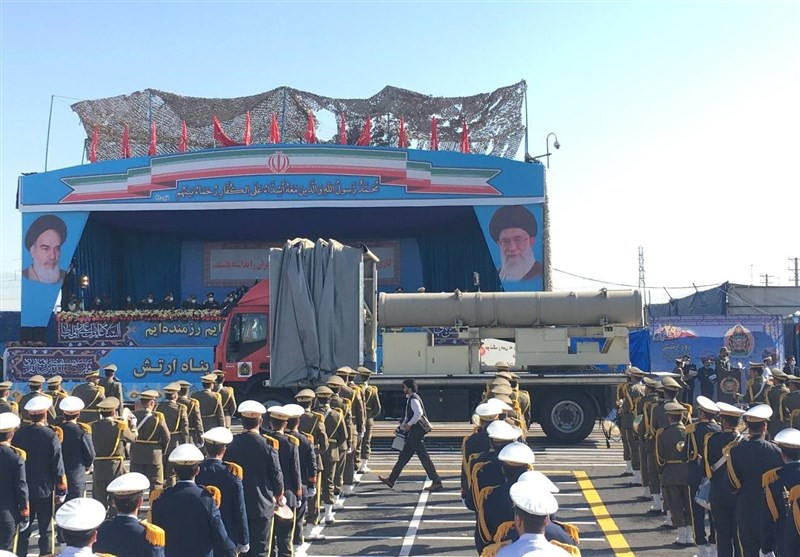 Another missile system displayed on Monday was the tactical version of Sayyad, comprised of radar and missile launchers at the same time. This feature increases the mobility and combat survivability of tactical Sayyad. 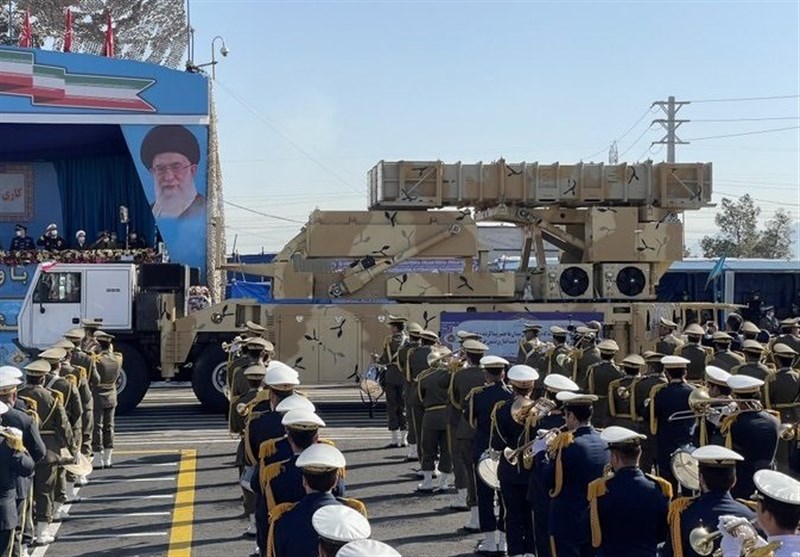 The third product loaded on trucks in the ceremony was Dezful air defense system, known as the Iranian version of Russian-made Tor-M1.

Mounted on a rolling chassis, Dezful air defense system has been provided to the Army Air Defense and the IRGC Aerospace Force. 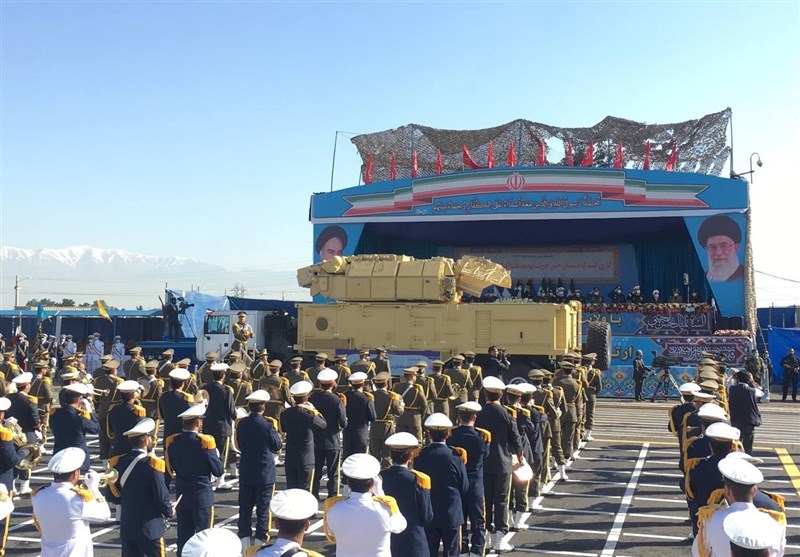 Iranian military experts and technicians have in recent years made great headways in manufacturing a broad range of indigenous equipment, making the armed forces self-sufficient in the arms sphere.

Iran maintains that its military might poses no threat to the regional countries, saying that the Islamic Republic’s defense doctrine is entirely based on deterrence.

Israel to Suffer Blow at Its Center If It Acts Wrongly, Iran’s President Warns

Israel to Suffer Blow at Its Center If It Acts Wrongly, Iran’s President Warns