TEHRAN (Tasnim) – Russian military forces on board a naval flotilla that has been in Iran since Wednesday attended a joint exercise with Iran’s Navy in the Caspian Sea on Saturday.

For the final event in its three-day stay in Iran’s northern port city of Bandar Anzali, the Russian flotilla held the joint naval drill with Iranian military vessels, including Peykan-class watercraft.

The Russian ‘Makhachkala’ flotilla, under the command of Captain Dmitriov, had berthed at Bandar Anzali on Wednesday as part of programs intended to boost military cooperation between the two countries. 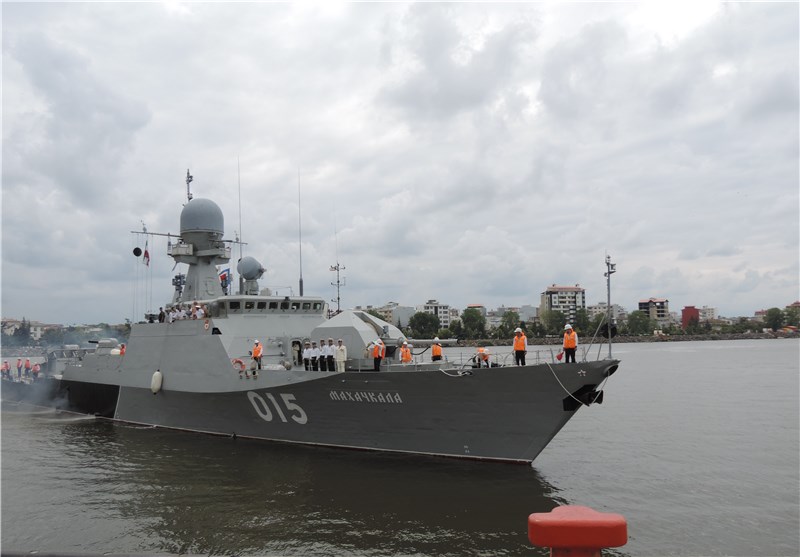 It was the fifth Russian naval flotilla visiting the Iranian Caspian port in the past decade.

Iran and Russia have formed a strong alliance in recent years, with their naval vessels making regular “friendly port calls.”

In March, an Iranian naval flotilla, comprising the homegrown Damavand destroyer and Darafsh missile-launching vessel, visited Russia’s coastal city of Makhachkala, the capital city of the Republic of Dagestan, for an unofficial visit.

Iran’s Missile Attack on US Base Beginning of Major Operation: Commander

Iran Hits US Bases in Iraq in Retaliation Attacks after US Killing of Gen. Soleimani

Source: At Least 80 Americans Killed in IRGC Attack on US Base in Iraq

Costs of US Presence in Region Increased Under Trump, Iran’s Defense Minister Says