TEHRAN (Tasnim) - Rudkhan (also Roudkhan or Roodkhan) Castle is a Sassanid (226-651 CE) structure that was rebuilt in the Seljuq era (1038-1118) and later became an Ismaili stronghold.

The castle also known as “1,000 steps,” “Hesami,” and “Saksar” is located 35 kilometers from Rasht in the forest covered mountains of Fouman in Rudkhan Village.

A five-kilometer hike is required to reach the castle which takes approximately an hour and a half. The road to Rudkhan Castle consists of massive, ancient trees and a river of the same name that originates from high up on the mountain and flows from south to north. To facilitate the hike for visitors, the road to the castle has been paved with crushed stone and mortar and 1,000 steps have been created.

Rudkhan Castle spans an area of 6.5 hectares and has a 1,500-meter long wall with 65 towers. The walls are 3 to 10 meters in height and are thicker and taller in penetrable sections with thicker towers. Walls have arrow loops for archers and murder holes to pour hot material like oil or water on attackers. The towers on the northern and southern walls have been built at irregular intervals. The towers have octagonal brick rooms with stoves at the top where soldiers on watch duty would keep warm in winter. 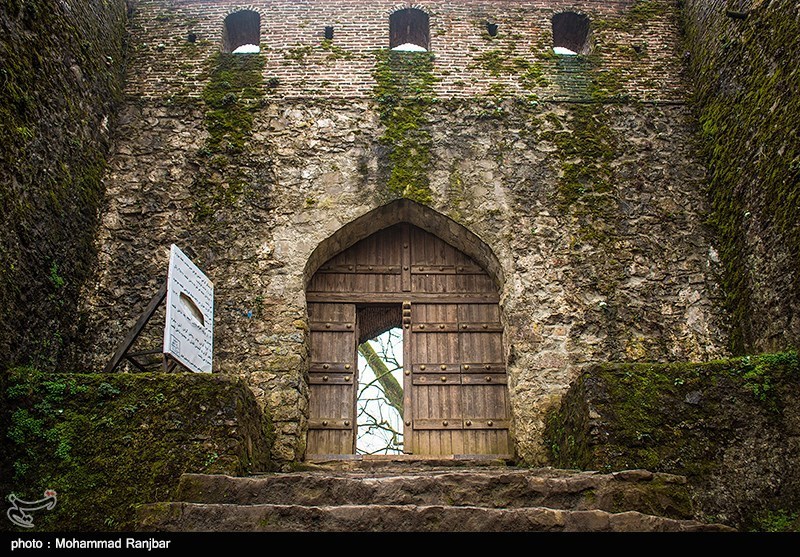 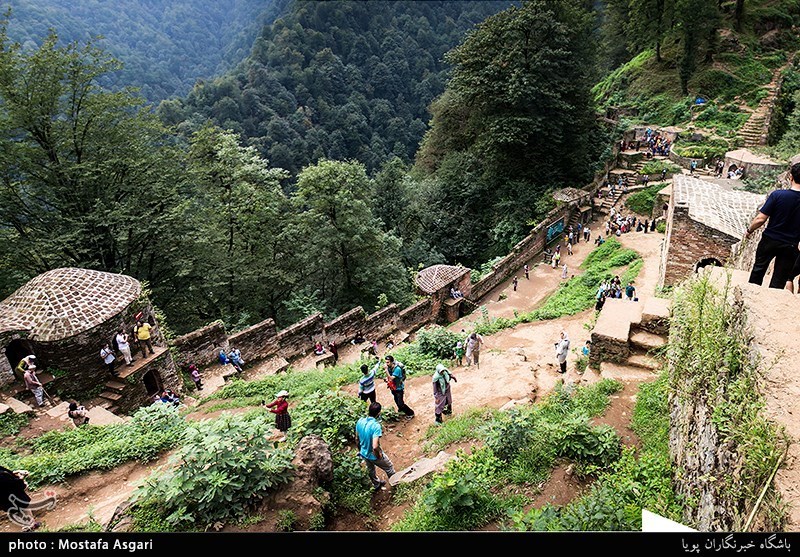 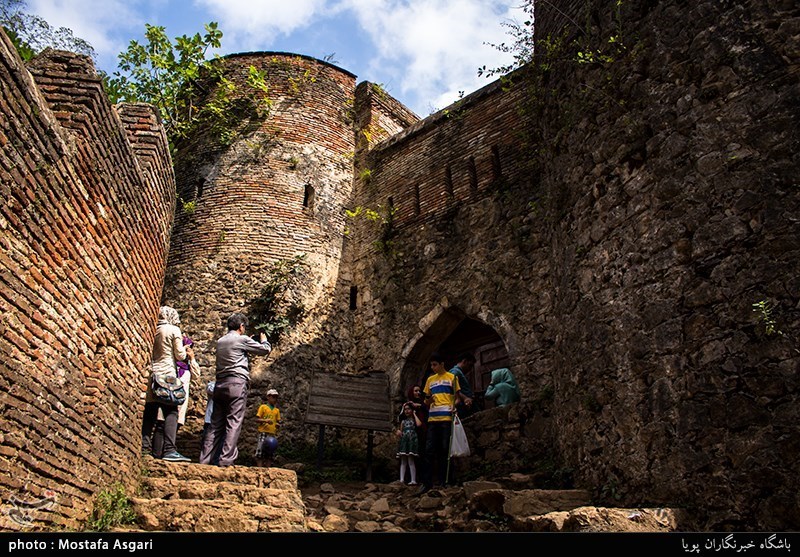 Brick, loose stone, Sarooj (mix of lime and clay) mortar and stucco are the main material used in the construction of the castle. The bricks used in Rudkhan Castle were all baked in the kilns of the villages on the edge of the forest.

The castle has an irregular plan and consists of an eastern and western section. The eastern section is smaller than the western one and has mostly military structures. It has two separate gates with two large towers, a prison, a few residential units for soldiers and an emergency exit door.

The western section of the castle has a gate, a pond, a Howz (pol), Ab-Anbar (water reservoir), larder, bathhouse, bathroom, Shahneshin (where the lord of the castle lived) and a few residential buildings surrounded by towers.

The Shahneshin is a two-story structure which has fallen prey to the passage of time in large parts. The first floor once had two rooms and a balcony and was connected to the octagonal room on the top level via a staircase.

The castle’s gate faces north and has two large, solid towers on either side. There is a mountain on the southern side of the castle which has a three-meter wide, four-meter tall and 15-meter deep cave where locals says soldiers would stand guard and signal the castle if enemy approached.

Rudkhan castle was registered as a National Heritage Site in 1976. 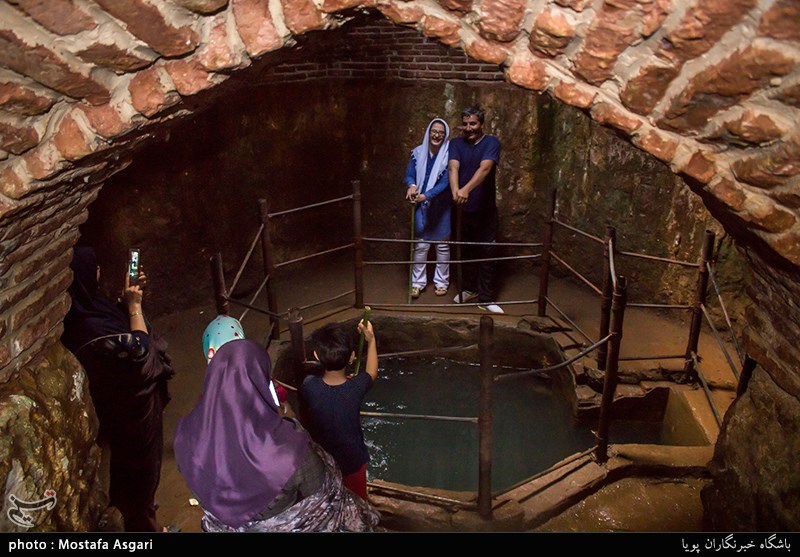 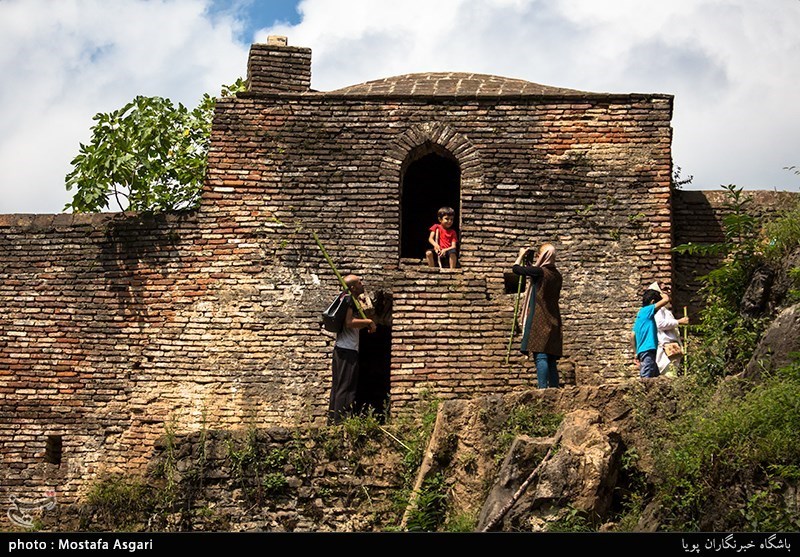 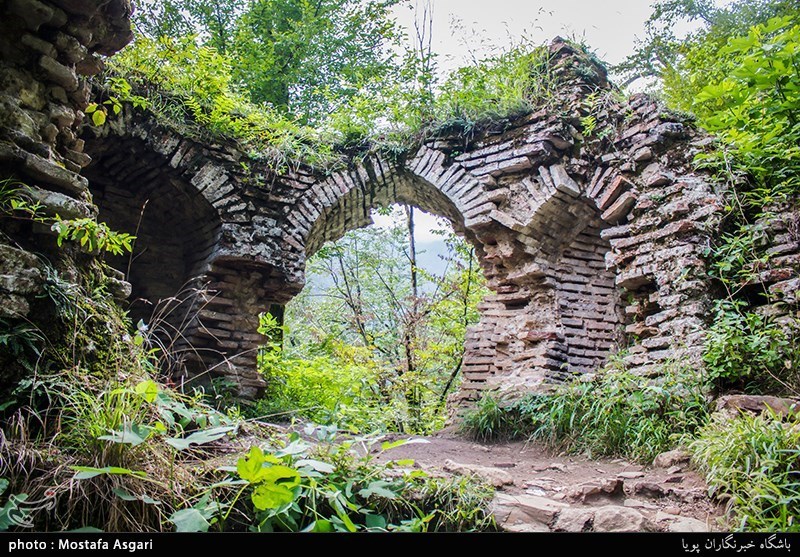 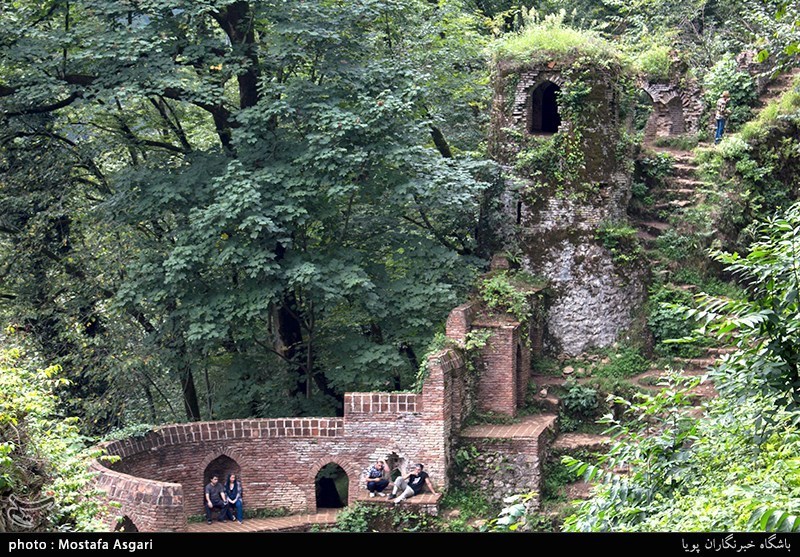 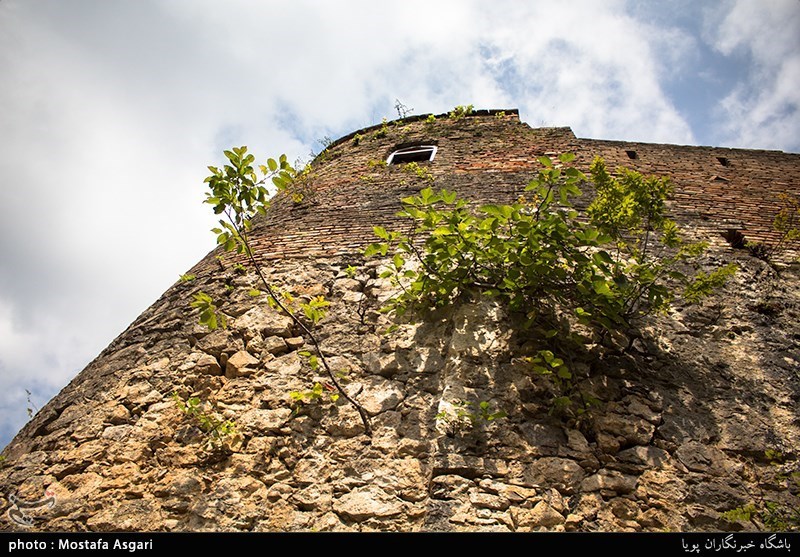 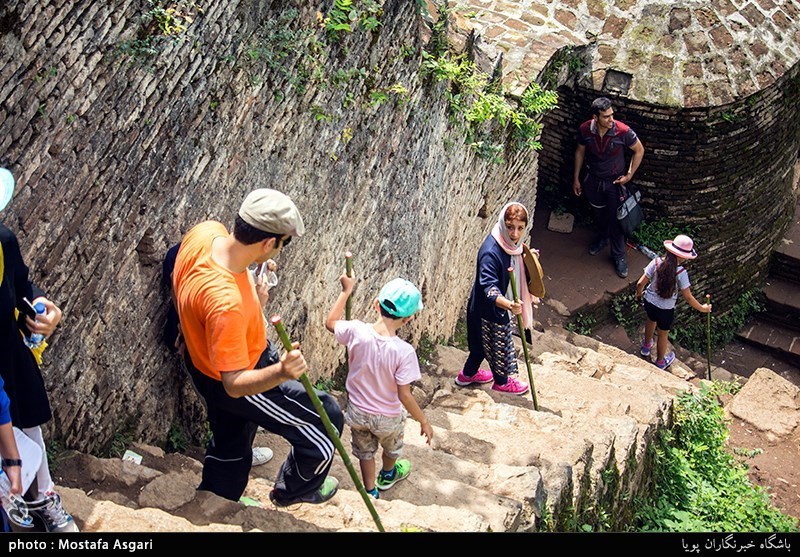 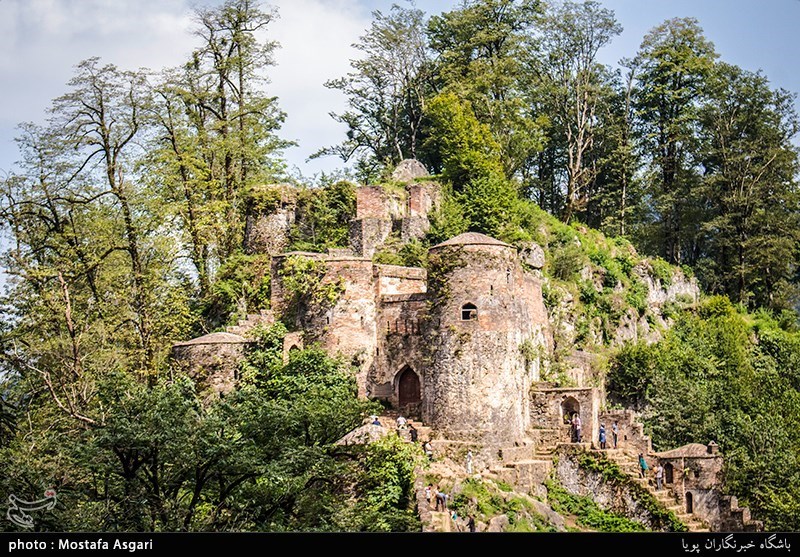 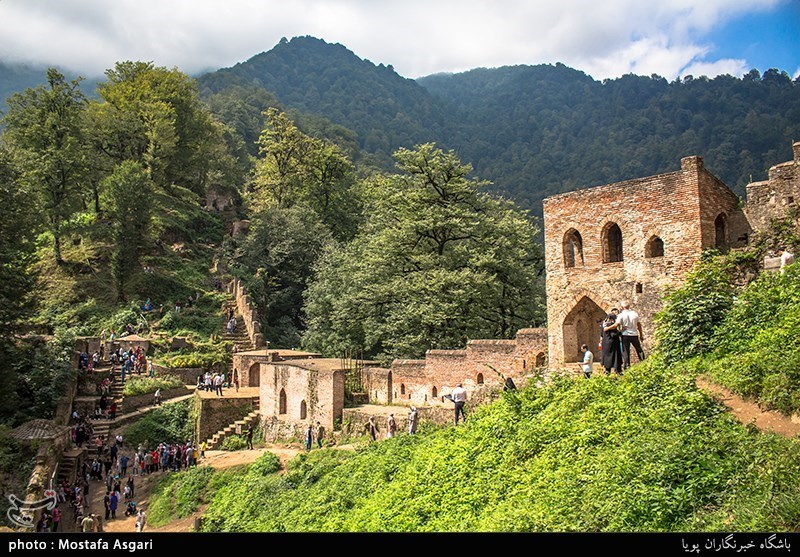 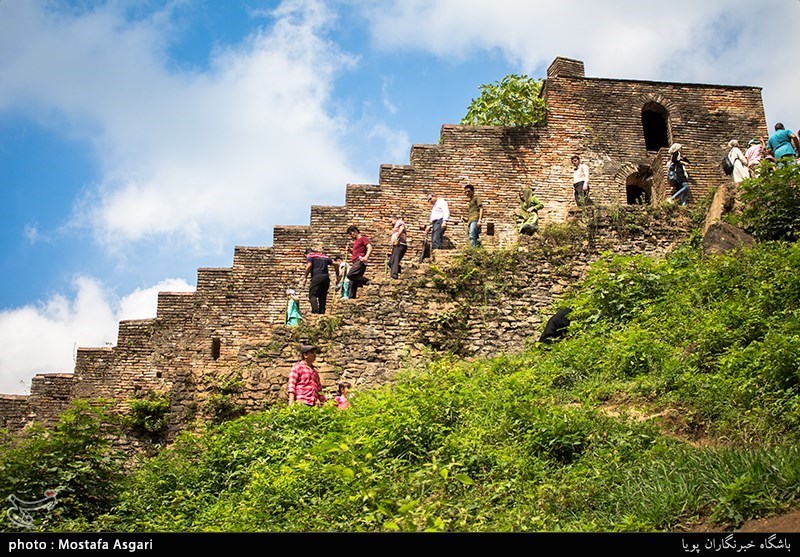 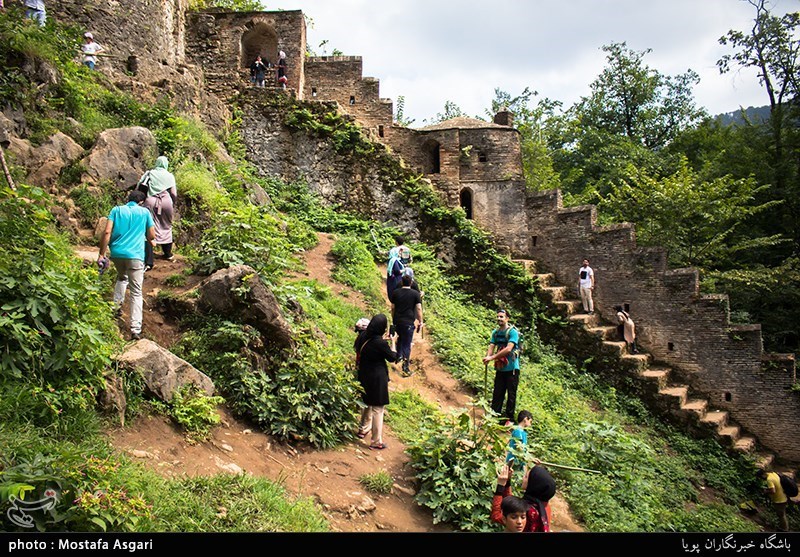 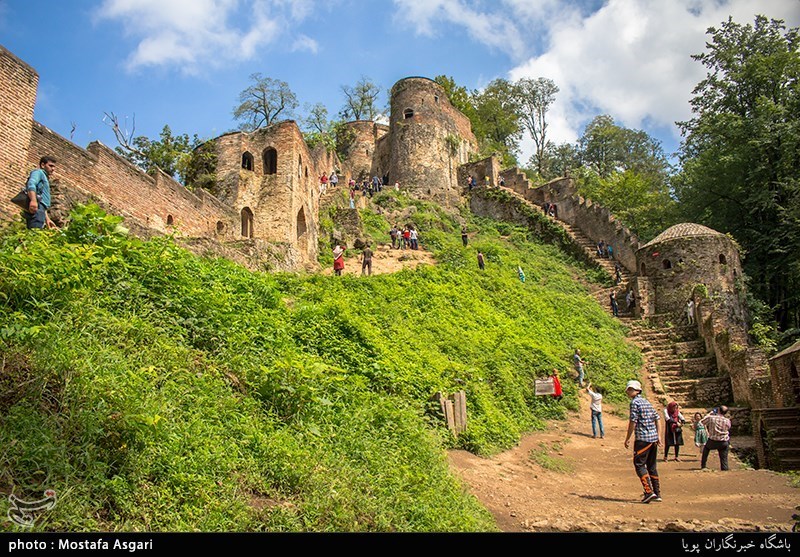 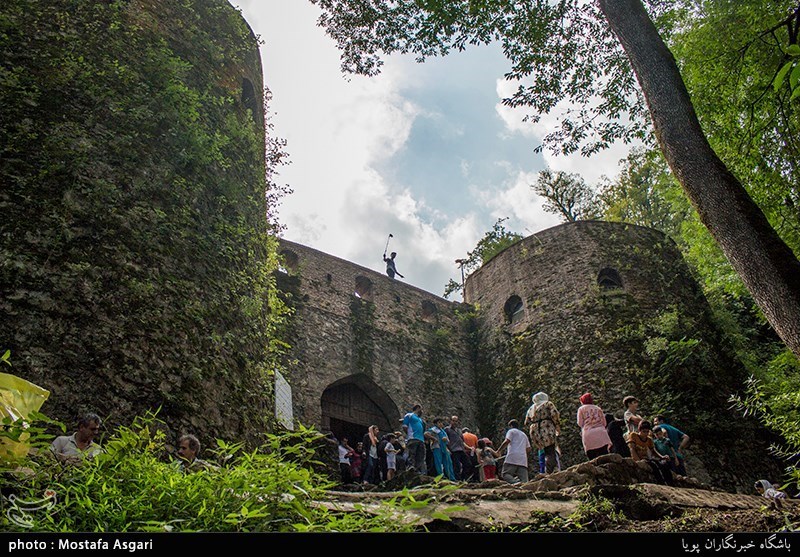 Nojian: One of the Highest Waterfalls in Iran